13th Exhibition: Puig i Cadafalch, turning Barcelona into a Brussels of the South

During the municipal election campaign in 1909 Puig i Cadafalch delivered a speech in Berlin explaining his vision of a new Barcelona which “in a few years could be a Brussels of the South [...] that great Barcelona, dreamt of so many times [...] expanding in an orderly and monumental fashion”; in short, a city that had to reclaim its role as the capital, the emblem of Catalonia’s national reconstruction.

This spirit of transformation has left us his legacy all around the city in the form of buildings and public spaces but his mark can also found in these Contemporary Municipal Archives, which bring together not just the architectural projects that everyone knows about but also a rich array of documents created from this participation in various aspects of municipal life.

The purpose behind this exhibition, therefore, is to show a representative selection of this varied documentary archive, divided into three main areas: one focused on buildings commissioned by private clients, a second which explains Puig’s work as a member of Barcelona City Council, and a third which presents his participation in the big urban development projects. 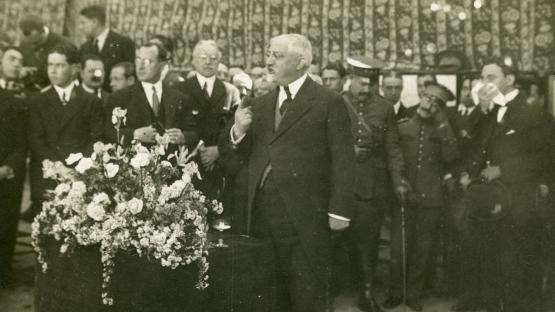