Within the systematic policy of repression of the vanquished, one of the initial measures implemented by the first Francoist government in Barcelona was the purging of civil servants from the City Council. The benefit of eliminating from the Administration every person suspected of having collaborated with the Republican regime or of being disaffected with the 'new regime' was essential to the construction of the nuevo Estado (new State).

The purge tribunal opened 7,100 cases and ended up sanctioning over 1,600 civil servants. Of these, 922 public workers were dismissed and almost 700 received sanctions of between one month and two years of suspension of work and pay. In little over a year, the Francoist regime had completely purged Barcelona’s municipal Administration.

Almost 80 years later, the Law 11/2017, of 4 July, on legal reparation for the victims of Francoism has declared the illegality of the tribunals of the Auditoria de Guerra de l’Exèrcit de l’Ocupació (War Court of the Occupying Army), later called the Auditoria de la IV Regió Militar (Court of the IV Military Region), which acted in Catalonia from April 1938 until December 1978, for being contrary to the law and violating the most basic demands of the right to a fair trial. Consequently, all the judgements and resolutions dictated by the Francoist regime for political reasons in Catalonia are now considered null and void.

At the same time, Barcelona City Council has begun the procedures to annul the municipal purge proceedings of public civil servants, in order to restore dignity to the municipal workers who were victims of fascism. The City Council has also agreed to report this restitution to the affected people or their families, as well as to publish the list of all those affected on this website.

As well as this list, the set of all the files forms the series 'Political Reprisal' (F193) from the Barcelona City Council collection, and can be consulted at the Contemporary Municipal Archive, which is responsible for guarding it. 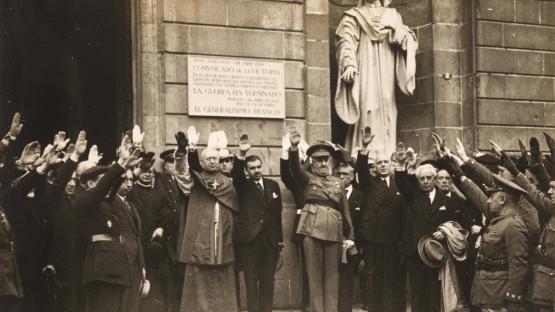