One of the first measures implemented by the new municipal Government was the mandatory purge of civil servants. A measure that the Francoist regime had promoted since the initial occupation of the State institutions, as the benefit of eliminating from the Administration every person suspected of having collaborated with the Republican regime or of being disaffected with the 'new regime' was essential to the construction of the nuevo Estado. As Franco would say later, it was about 'clearing the plot to construct our building'. So, that very day on 27 January 1939, the newly constituted municipal manager decreed the start of the purging process of Barcelona City Council, dismissing all the civil servants who had entered the City Council after 18 July 1936 (embracing the new Francoist legitimacy, originating on the day of the Alzamiento, or the coup, which considered any subsequent decision spurious); it asked the judge advocate of the IV Military Region to appoint an instructional judge, and entreated all municipal officials to request their re-entry to the City Council, as an initial step to begin the purge proceedings. 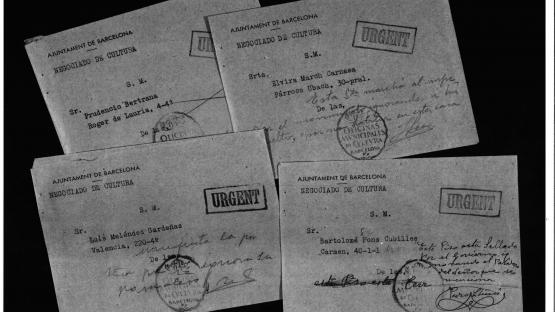