In 1998, Barcelona had eighteen public libraries. A general desire to bring the city a more extensive and modern library network led to the implementation of a plan known as the "1998-2010 Barcelona Library Plan. 21st-century libraries, from information to knowledge". The document establishes the features that are required by this network (number of amenities, operational model, goals, etc.) and allocates duties according to their performance and maintenance.

The Library Plan takes on the challenge of renovating the library-management model so as to ensure access to knowledge and foster the education of city residents in the broad sense, but with particular attention to the new technological and digital context. The amenities are conceived of as dynamic, open spaces that stimulate relations and exchanges along with strong links to the city.

The Barcelona Library Consortium - which is made up of the City Council and Barcelona Provincial Council - was created on 10 January 2001, to ensure the Library Plan's correct implementation. That body is responsible for managing and coordinating the city's public libraries. The consortium has been effective in carrying out its commissioned task of leading the Barcelona Library Network's growth and modernisation process, in cooperation with all the players involved.

As it comes to its completion, the 1998-2010 Library Plan has established a network of 36 operational libraries. In addition, there are 6 amenities undergoing building work, 3 at the planning stage and 3 transferred from existing services. The library has become an open and dynamic centre, providing access to knowledge in a democratic and active way, attending to public requests and requirements and connected with the new technological context.

- A total of 40 operational libraries.
- A team consisting of over 350 workers.
- Some 50,000 m2 of surface area, "the city's largest cultural amenity".
- A collection with an average of close to 1.2 volumes per resident.
- A free Wi-Fi area in every library.
- A total of 27 libraries with multimedia rooms.
- Some 1,600 opening hours during the week.
- Over 45% of Barcelona's population have a library card.
- More than 20,000 people visit the city's libraries every day.
- Some 4.5 million loans, an average of three documents per resident.
- Over 65,000 people taking part in library-hosted cultural activities each year.
- An investment for the city of over a hundred million euros.
- An annual operational expenditure of around € 17 per city resident. 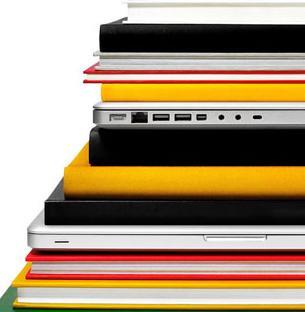