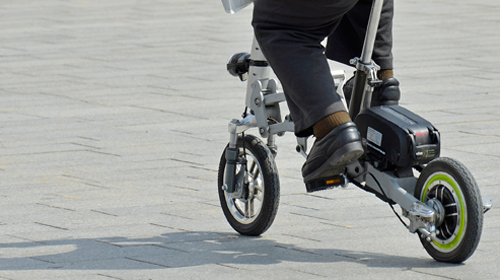 An electric bike is a pedal-assisted bike which, with the inertia of pedalling, reduces the effort involved in cycling. This is the big difference between e-bikes and mopeds, or purely electric devices, and it is what places it in the bicycle category.

It is a mobility solution for tackling hilly terrain without effort and for people with difficulties.

Electric bikes are currently subsidised by the PIVE Plan, run by the Barcelona Metropolitan Area (AMB) through an agreement with the association of bicycle-related companies.

Municipal project to increase bicycle use

Given the city's topography, there is a project for specifically promoting the use of electric bikes in areas with steeper climbs and for longer journeys, which will enable the area of Barcelona that is accessible by bike to be extended to more users. 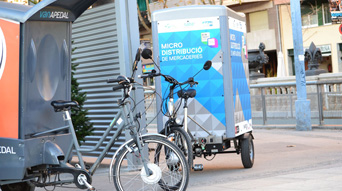 The City Council wants to widen goods deliveries in the city by bike or e-bike, along the lines of the trial carried out in Ciutat Vella using electric tricycles.

The local authority favours introducing a network of micro-distribution platforms in the city in which cargo-bikes play a key role. 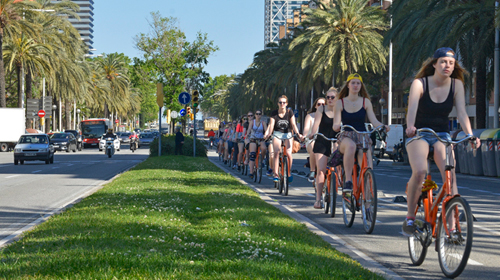 Promoting this means of transport will entail an increased demand for bikes, which will lead to a whole series of economic activities developing around the sector, including the sale, hire and repairing of bicycles, safety systems for cyclists, anti-theft systems, connectivity systems, recycling, converting bicycles into electric bikes, manufacturing and distributing parts and accessories, insurance, and micro-logistics companies.