Expanding the cycling infrastructure is one of the main goals for implementing the measures set out in the 2013-2018 Urban Mobility Plan. 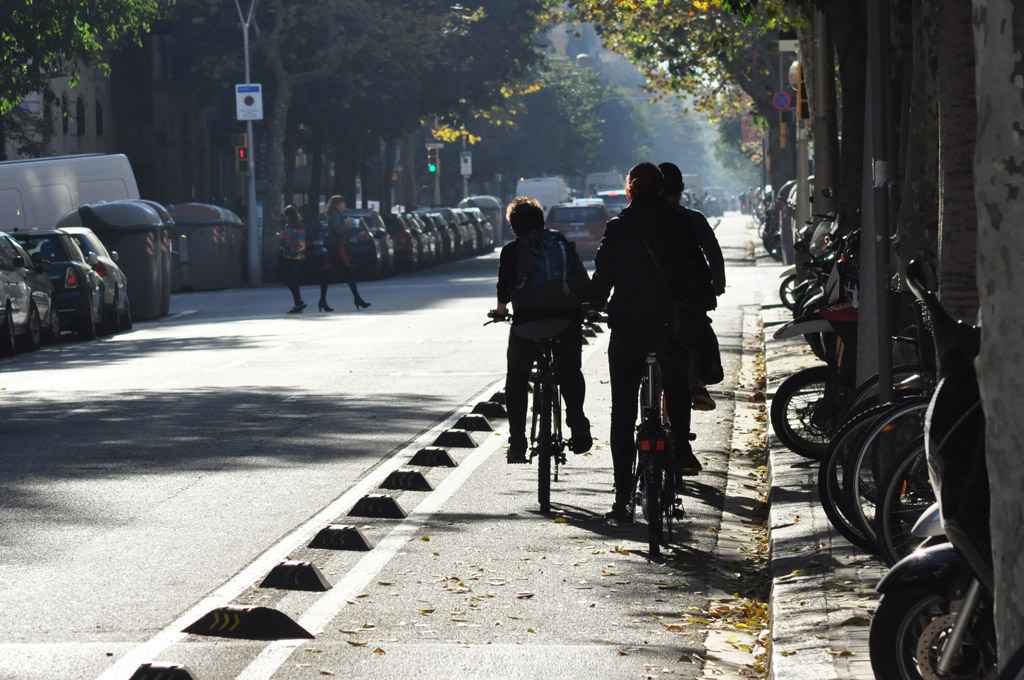 Barcelona City Council aims to provide 308 km of cycle lanes by 2018, which would mean an increase of 165% on the figure quoted in the 2015 Strategic Bicycle Measure (a network of 116 kilometres). This means that by 2018, 95% of the city's population would have a cycle lane within 300 metres of their home.

Nearly 130 interventions are planned for various streets and locations in order to achieve the full extension of the bicycle-lane network. Generally speaking, this will involve the creation of new bicycle lanes, although in some cases it means undertaking improvements and signposting bicycle streets (30 kph zones) and cycle routes.

Some projects are already under way or at the planning stage, while others have not yet started. This is an initial proposal that will gradually develop, based on the real needs of the network, connectivity and other aspects. A new cycle lane design manual has been drawn up for this purpose, in order to make cycling safer, reduce conflicts with pedestrians, and improve everything concerning bicycle lanes, including their integration into the network, their control and design.

Development of the bicycle lane network

The Strategic Bicycle Measure envisages the construction or extension of various bicycle lanes.

You can check the map of the current situation of the bike lanes, implanted and under construction, and the cycle paths.

Find the best route to get to your destination. Consult the bike lanes and other thoroughfares, the Bicing stations and locking points and other types of parking places for bikes.