Stick to your route or lane 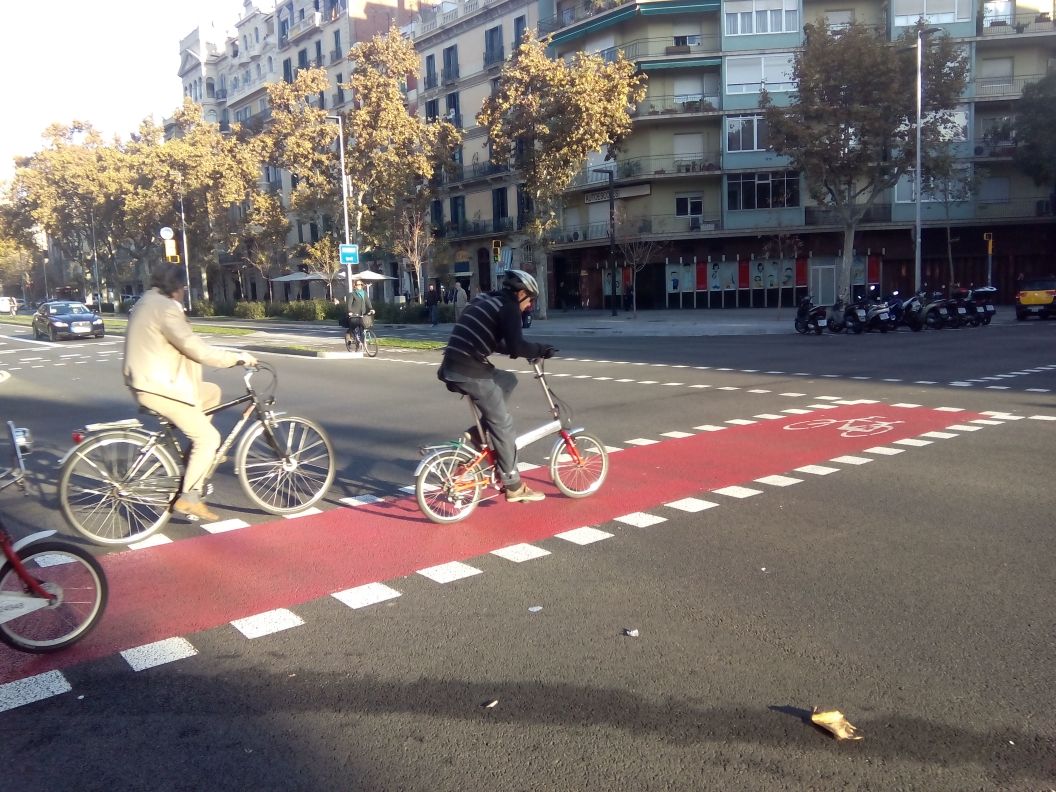 Bicycles must use cycle lanes, 30 kph zones or routes specifically indicated for this purpose with signage. When there are none of these, you may cycle on the road, or on pavements which are 5 metres wide or over, as long as there is 3 m of free space.

When cycling on the road 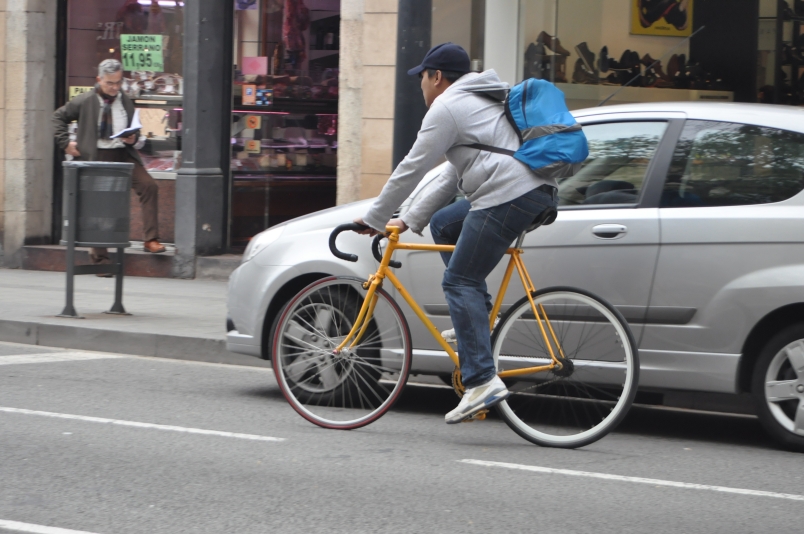 When you share the road with other vehicles, try to use the lanes nearest the pavement. You can cycle in the middle of the lane. Give sufficient warning before overtaking or changing direction. Obey traffic lights and signs, and respect zebra crossings. Remember, bicycles are just another type of vehicle.

You cannot cycle in bus lanes if this is not explicitly allowed and signposted.

When sharing areas with pedestrians 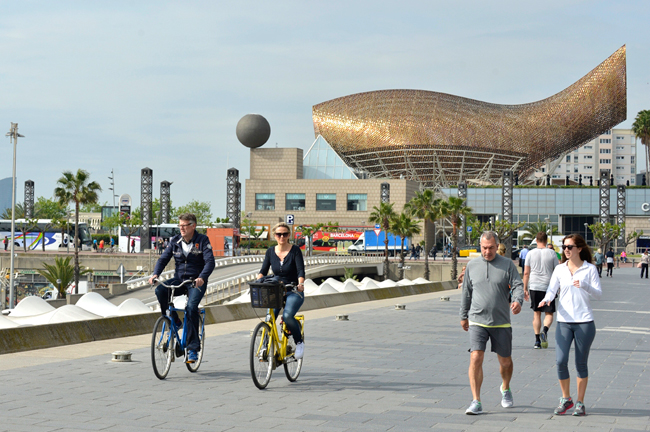 It is very important to remember that pedestrians are the most vulnerable road users. Therefore, when there are pedestrians nearby, cyclists should exercise caution. 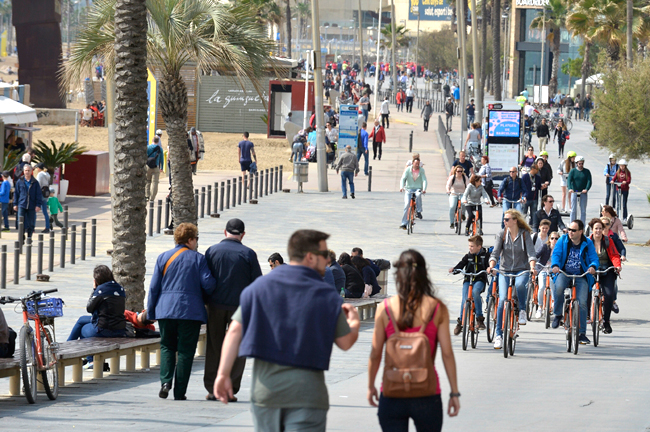 In general, cycling is not allowed on the pavement. But you can do so when there is no area set aside for cyclists (cycle lane or 30 kph bicycle street) and the following conditions are met: 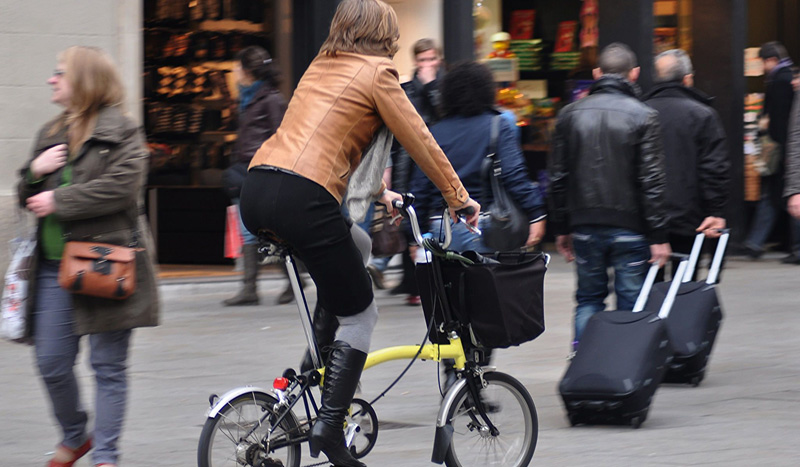 Bicycles can travel in either direction in pedestrian streets and residential streets with a speed limit of 20 kph, provided they have a single-level surface and there are no signs prohibiting cycling.