Meet the Cities of Literature

A brief description of (the most of) us:

Baghdad is home to several theatres and museums, a national library, a national library for children and more than thirty other spaces for lectures, conferences, conventions and symposia.The 10th century Iraqi poet Abu Al Tayeb Al Mutanabbi is widely recognised as one of the greater Arabic poets of all time and Jamil Sidqi al-Zahawi (1863–1936), Ma’ruf bin Abdul Ghani al Rusafi (1875–1945) and Muhammad Mahdi Al-Jawahiri (1899–1997) are the three wise men of Iraqi modern poetry.

South Korea's second largest city, Bucheon is an aspiring city of culture, located between Seoul and Incheon with a population of 870,000. Its literary tradition is strongly tied to the likes of Byun Yeongro and Chong Chi-yong, forerunners of Korea’s new poetry movement, active during the first half of the 20th century. 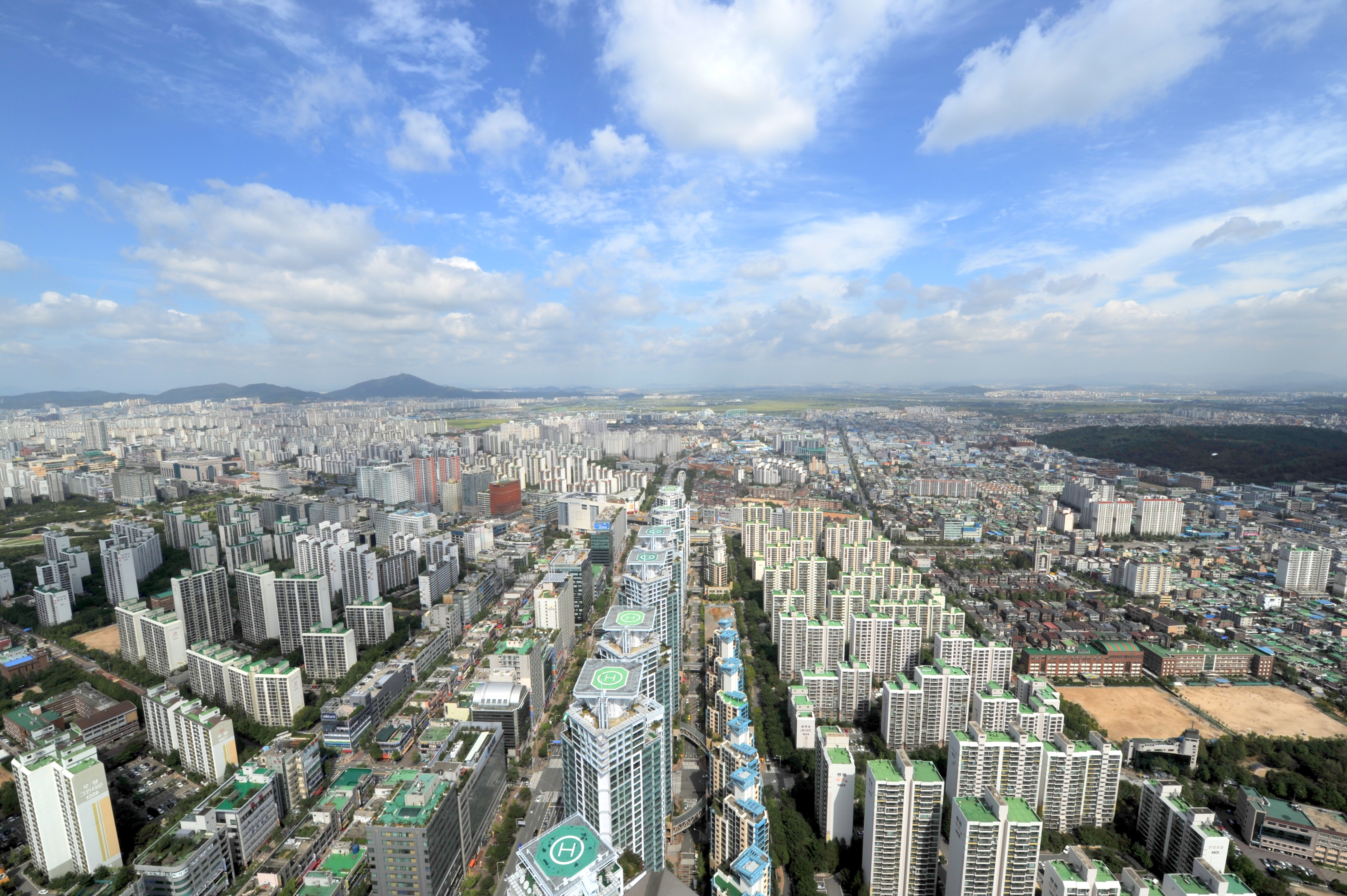 Dublin was designated a UNESCO City of Literature on 20th of July, 2010.  Dublin is of course most closely associated with James Joyce, but is also home to Nobel Prize for Literature laureates George Bernard Shaw, W.B. Yeats, Samuel Beckett and Seamus Heaney. Dublin has the world’s richest literary prize for a single work – the International IMPAC Dublin Literary Award. 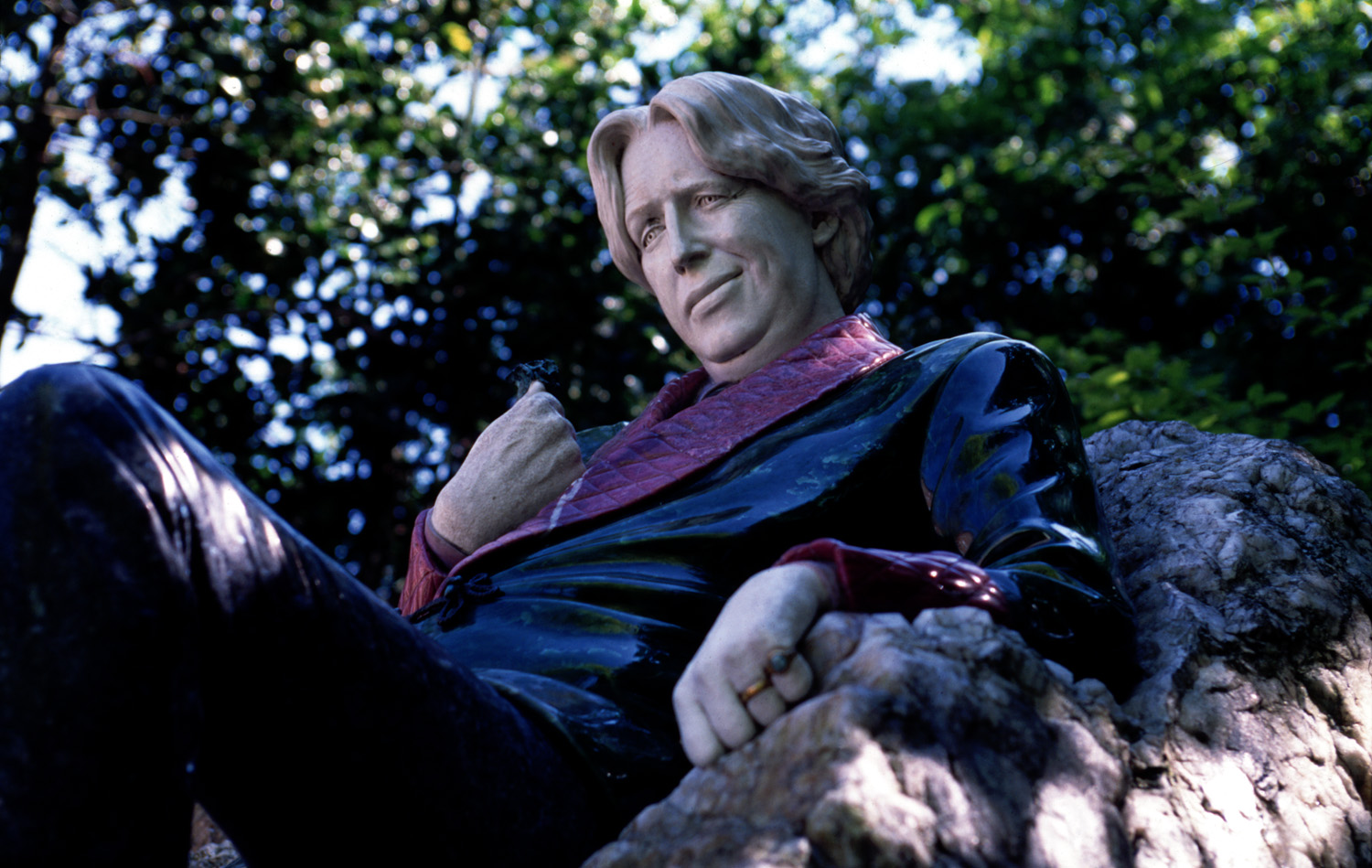 Dunedin became the eighth City of Literature in December 2014 on the same day as Prague, Heidelberg and Granada. Dunedin is the ancestral home of the Kāi people whose legends and stories have been woven over centuries by the oral histories and traditions. It is also the home of the Centre for the Book, a unique centre of excellence in book history, print culture, and investigations into new platforms and models of publishing. 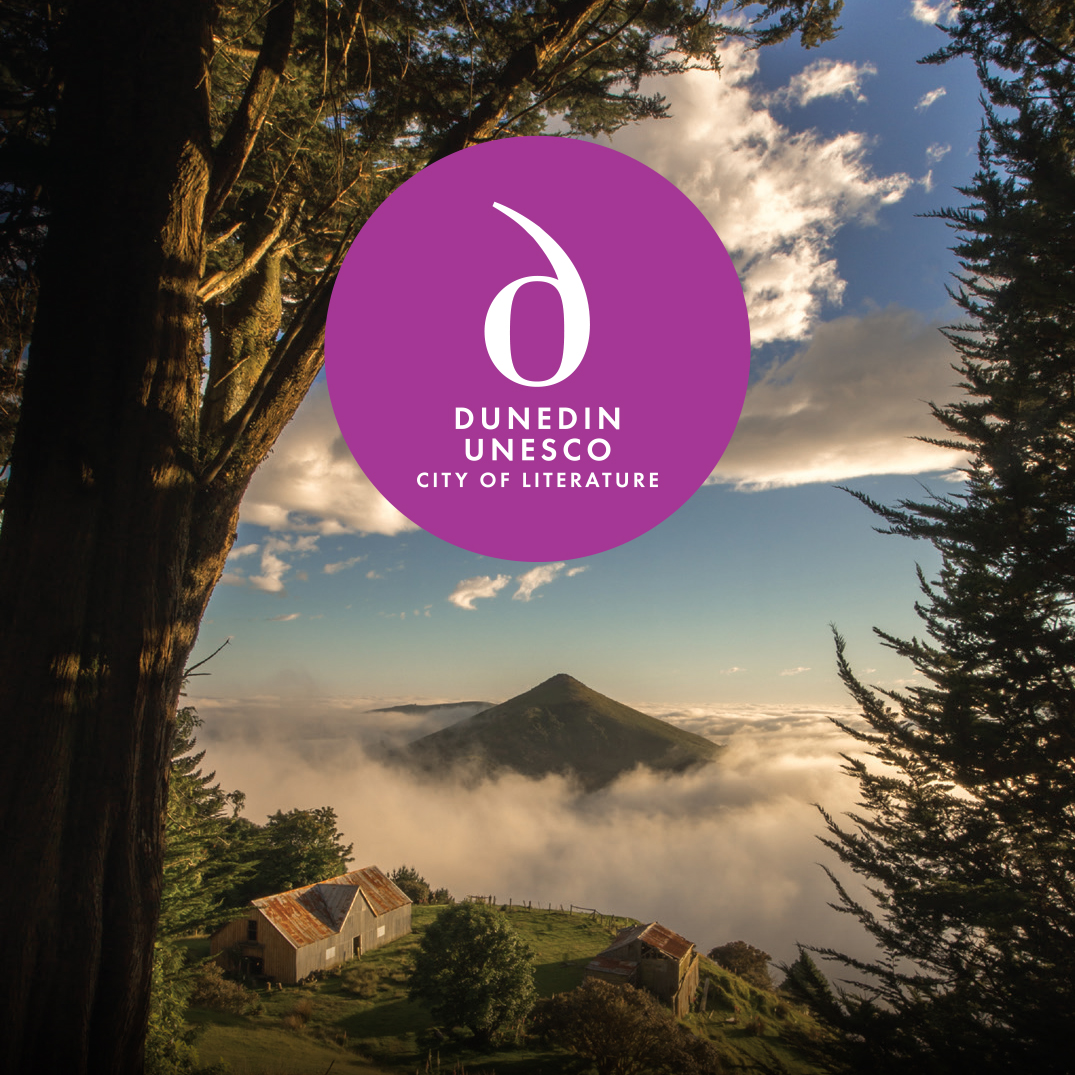 The first African city to join the network, South Africa's port city sits on the east coast of South Africa, with a population of over 3,442,400. It is the largest city in KwaZulu-Natal, and is known as the gateway to Africa due to it being a major Port City. Over the years it has been home to a number of writers, such as Luthuli, the first African Nobel winner, Alan Paton, Bessie Head, Gandhi, Mandela and the Dhlomo’s. 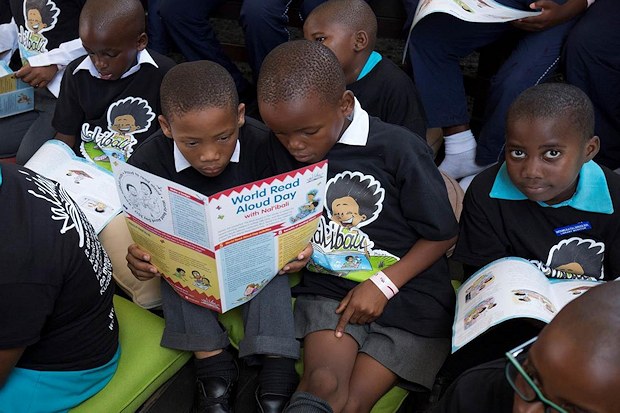 Edinburgh is the world’s first City of Literature. Around 4 million people visit Edinburgh every year, many of them for the Edinburgh International Book Festival in August – ‘the largest public celebration of the written word in the world’ – but many to explore the literary city and all it has to offer the book lover. 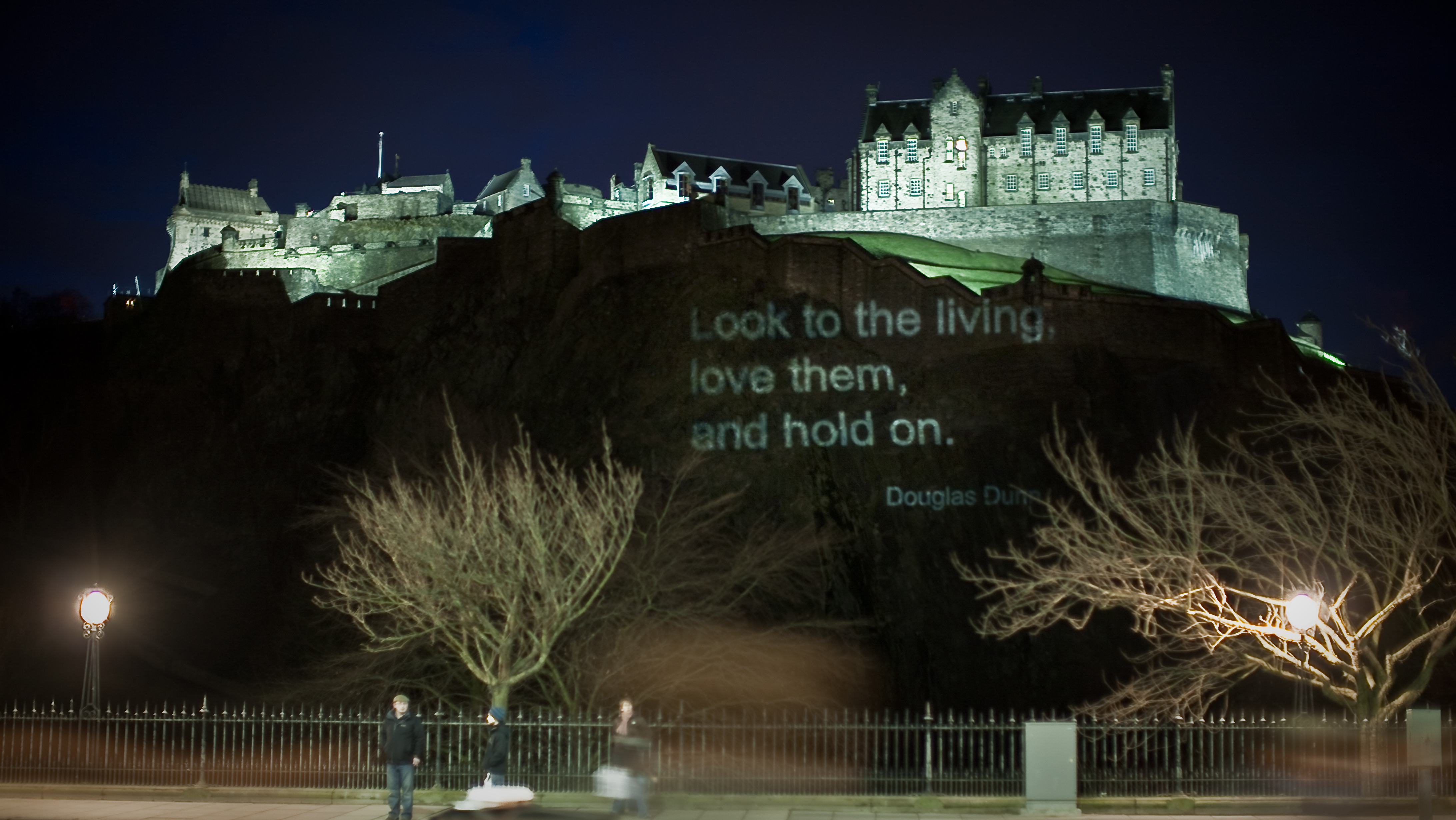 Granada, City of Literature
Granada became a new City of Literature in December 2014. It has been a centre for literature for centuries and home to one of the greatest poems in stone, the Alhambra as well as the forthcoming El Centro Federico García Lorca. Over 10,000 people attend the annual Festival Internacional de Poesía de Granada poetry festival and Granada is is a partner with the HAY Festival. 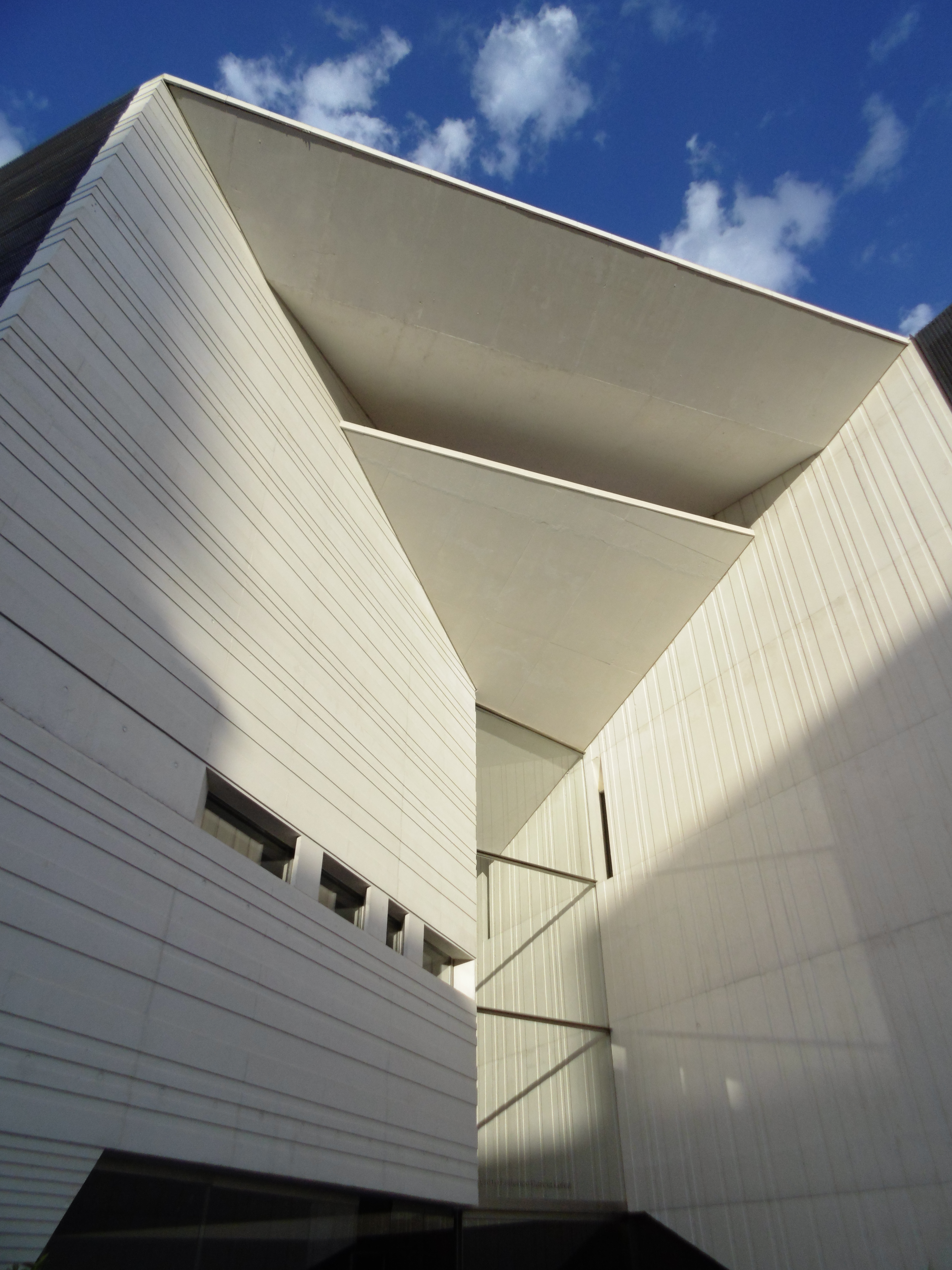 Also designated with Dunedin, Prague and Granada, Heidelberg became a City of Literature in 2014. It is home to Germany’s oldest university, the Institute of Translation and Interpretation, the Manesse Codex, a beautifully illustrated collection of medieval German poetry, as well as fifty publishers and the Centre of Creative Industries to help establish more. 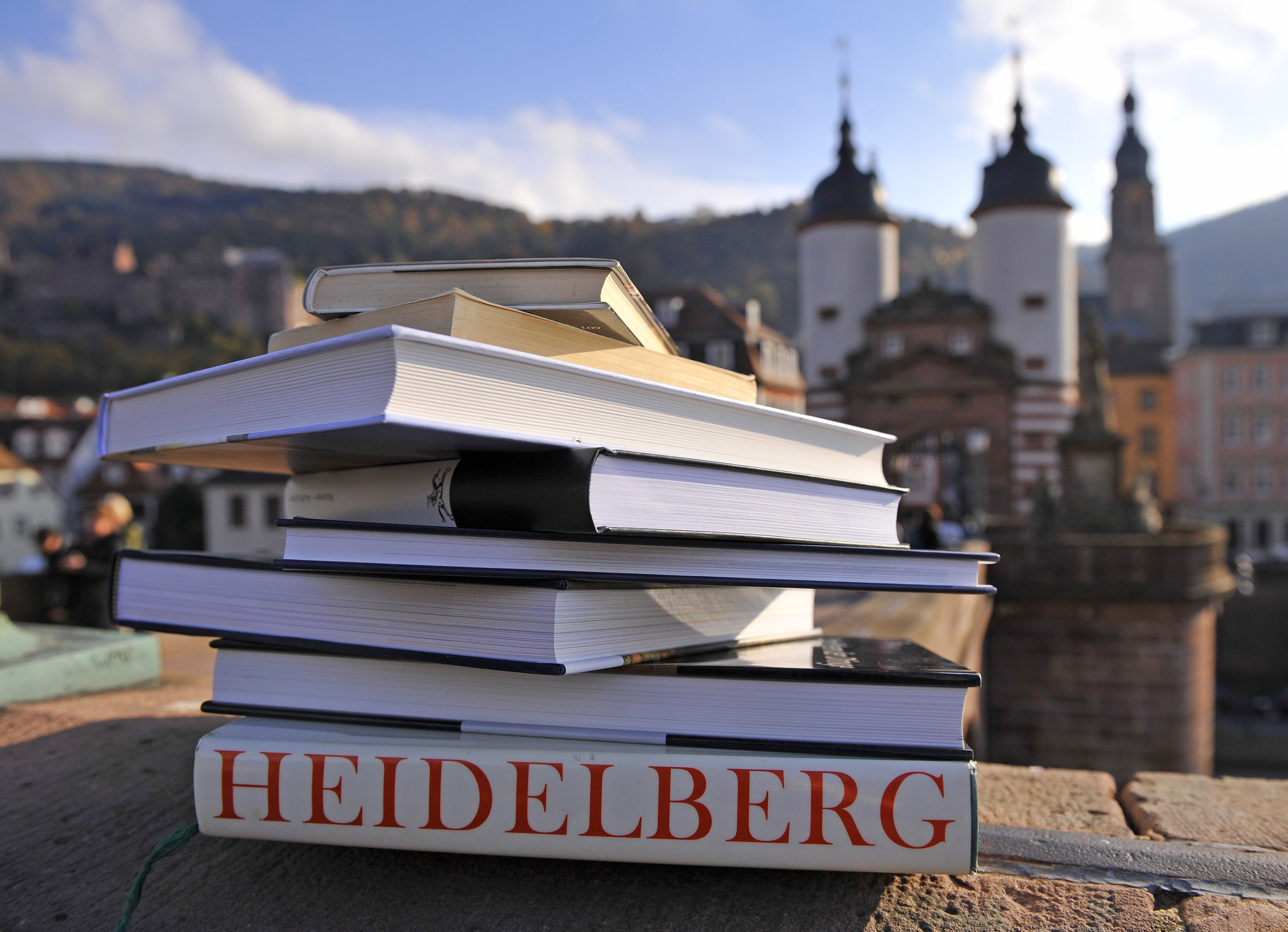 Krakow was designated a UNESCO City of Literature in 2013.  Krakow is the cradle of Polish language and literature, and is a city of Polish Nobel Prize-winners in literature. It contains some of the most beautiful and valuable scriptoriums and libraries in the world, and is home to two major literary festivals and a thriving book market. 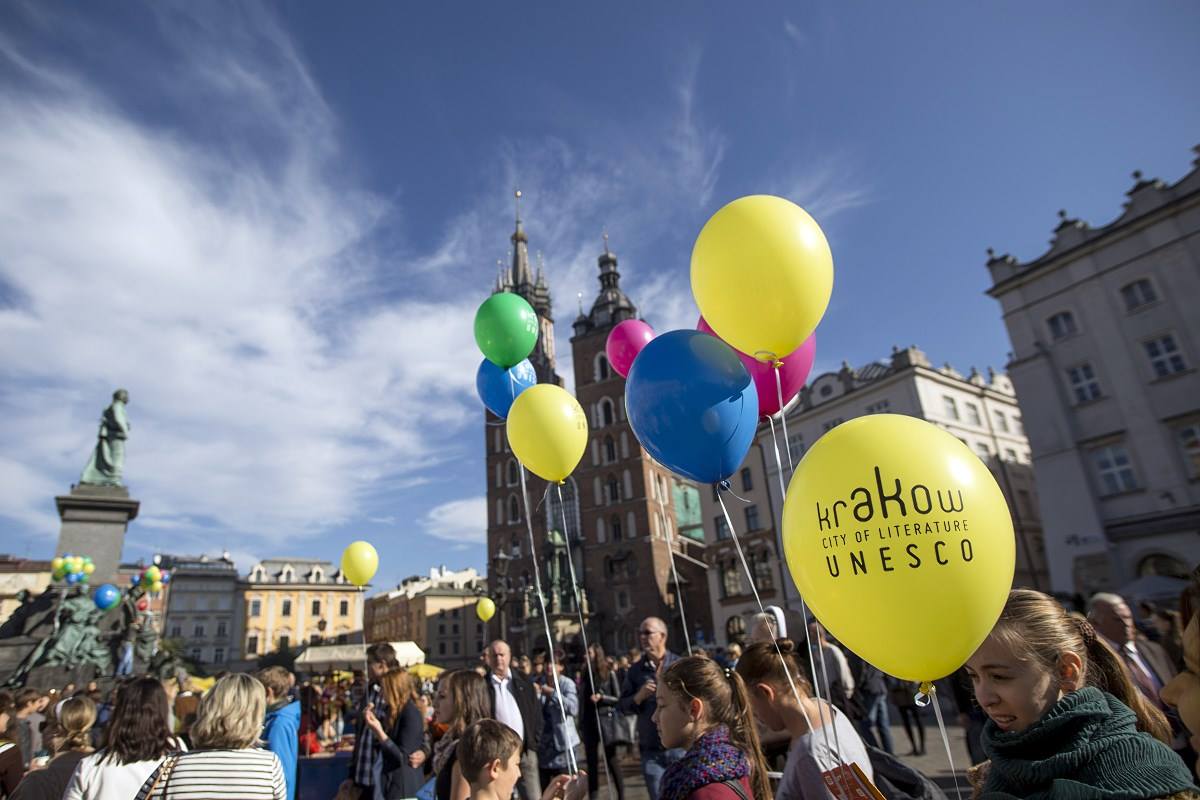 Lillehammer is the seat of Oppland Country in Norway, with a population of 27,000. It quickly became a hub for painters and writers in the 19th century – among them Nobel laureates in Literature, Bjørnstjerne Bjørnson and Sigrid Undset. It was designated a UNESCO City of Literature in 2017. 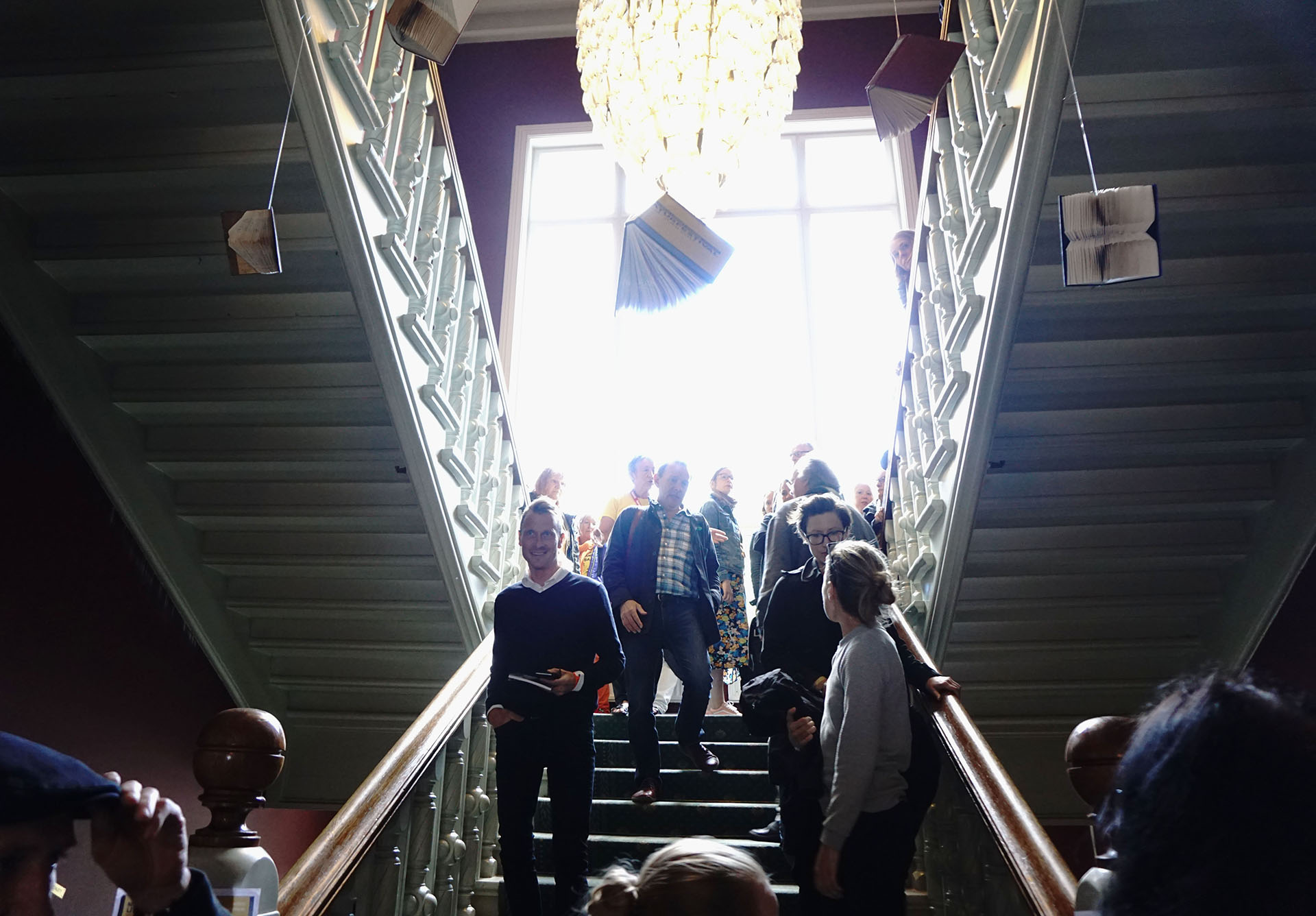 Capital of Slovenia, Ljubljana has a lively literary life, full of Festivals and activities. Home to a population of 283,000 and to a culture of music and arts. The city hosts over 10,000 cultural events, from prestigious musical, theatre and art events to alternative and avant-garde events, notably including 14 international festivals. The largest city in Slovenia, Ljubljana is known for its university culture, its green spaces, particularly Tivoli Park and many museums. 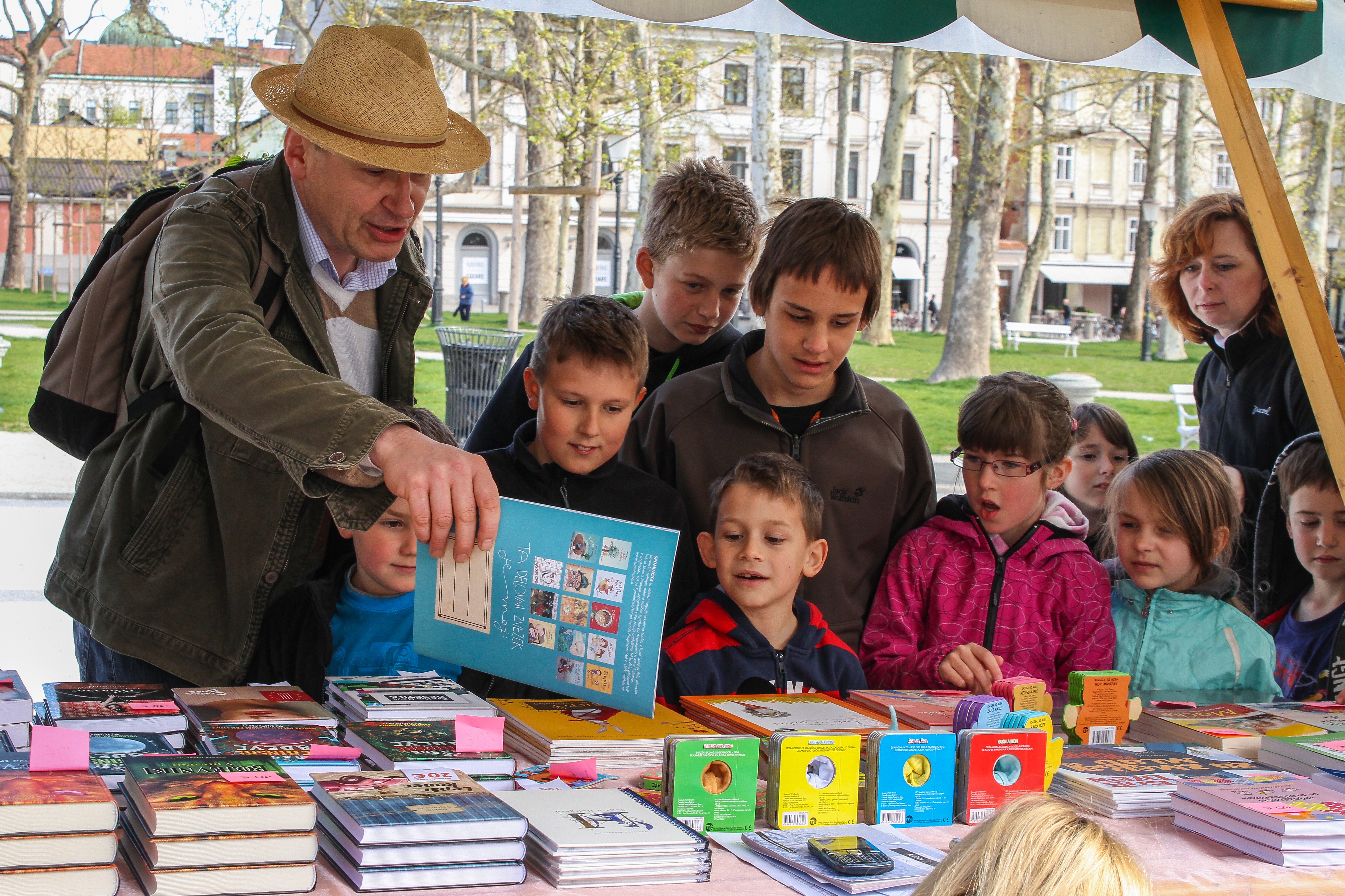 Heart and capital of the historical region of Galicia, full of literarynuances, it is today one of the most important cultural centres in Ukraine, with a strong network of Public Libraries and Universities. Home of some great writers, such as Stanislaw Lem, it has been a UNESCO City of Literature since 2015. 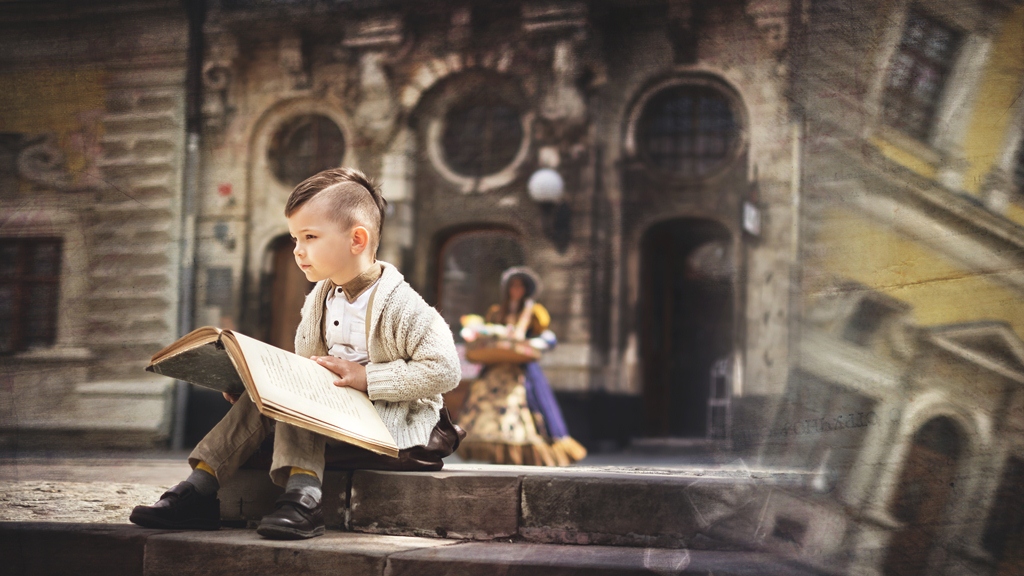 Its innovations include pioneering free public libraries, the launch of the cooperative movement, and the recent discovery of graphene. With a population of 540,000, Manchester is a diverse city, with 91 ethnic groups and an estimated 200 languages spoken. 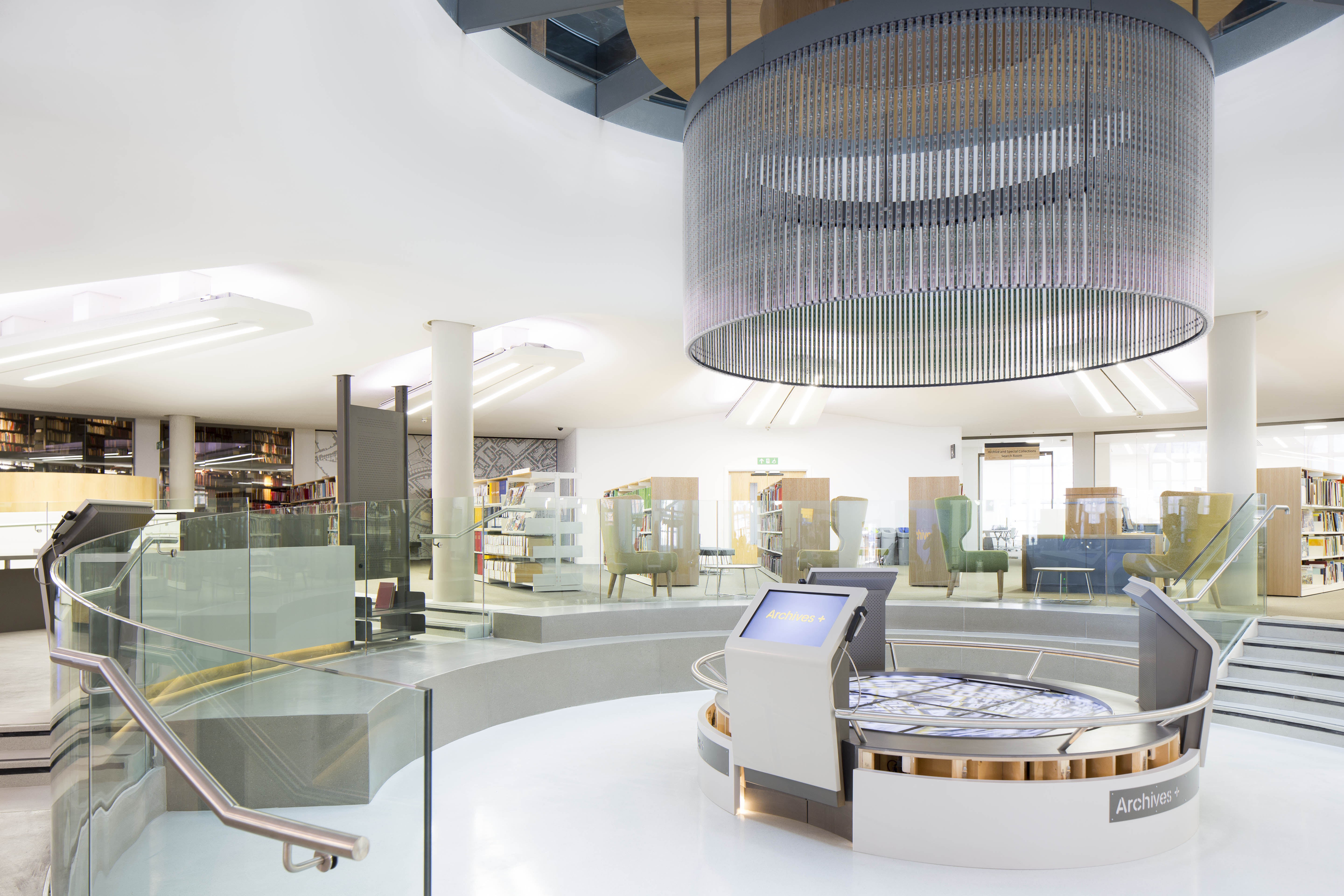 The only australian representative in the Cities of Literature Network, Melbourne is one of the biggest ones in it. It is the home for writers, independent publishers and bookstores iand was the second City of Literature designated by UNESCO, in 2008, as well as the first Creative City in Australia.The State Library of Victoria is home to a large rare books collection, including authors Shakespeare to Charles Darwin to Patrick White. 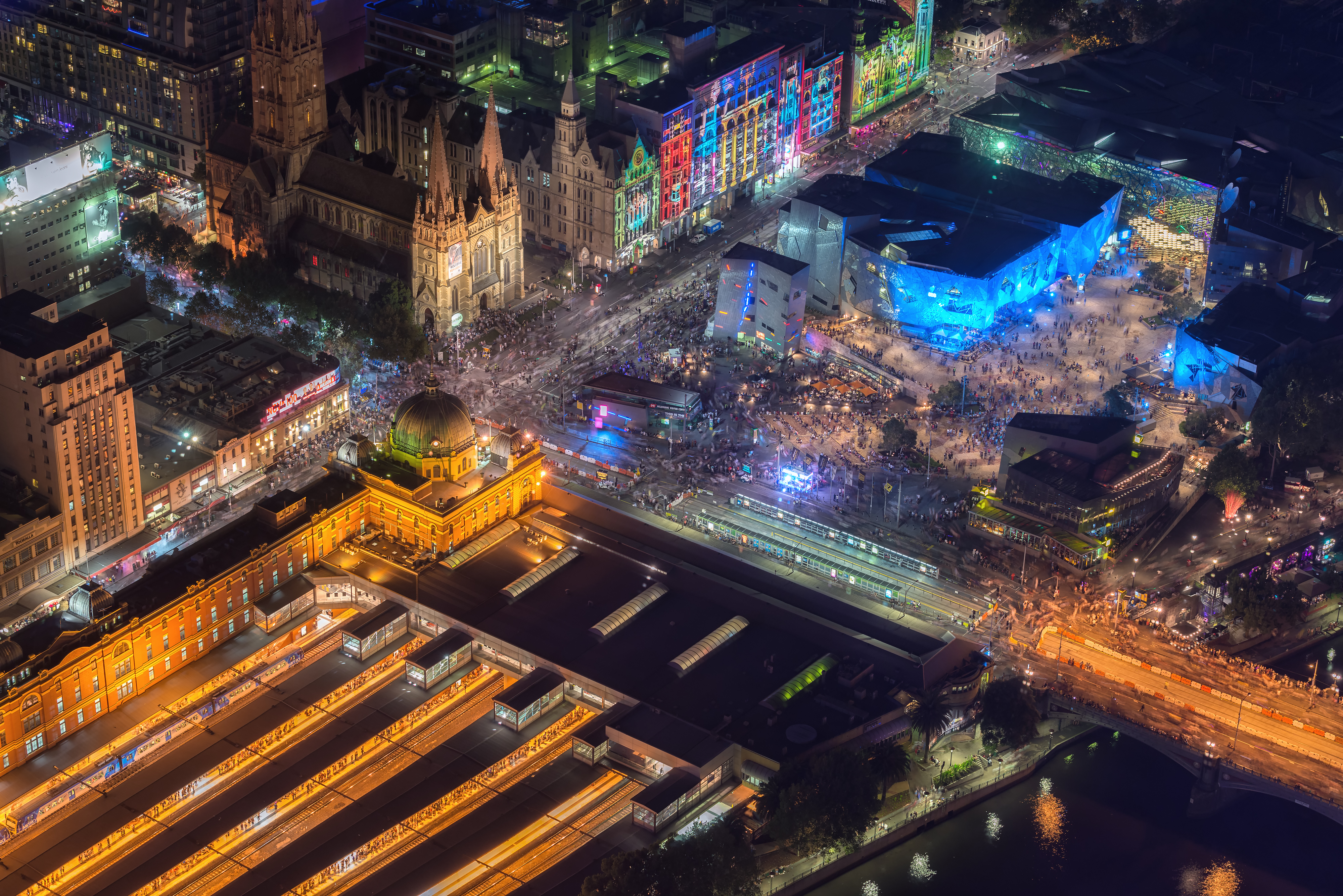 One of Europe's most stylish city, and also home of many publishing houses, some of them with a historical importance, Milan was designated a City of Literature by UNESCO in 2017. 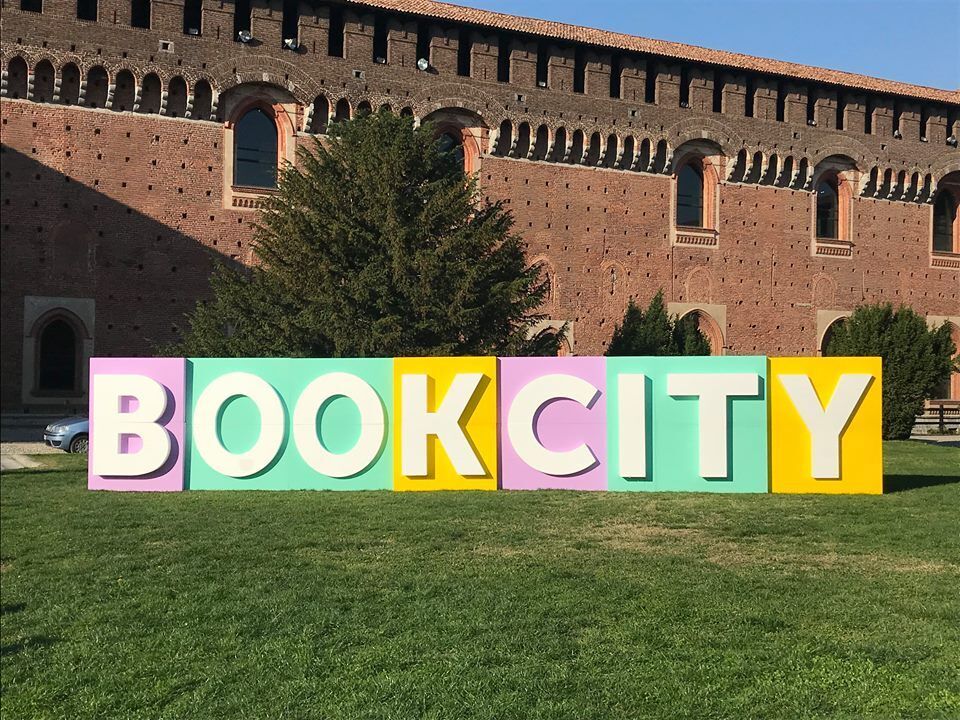 As Uruguay’s capital, Montevideo is home to 1,319,000 people, nearly half of the country’s population. Its natural industrial port and historic business district combine with its rich cultural life – as its streets are brought to life with music, theatre, and art – to a create a unique City of Literature in South America. Writers such as José Enrique Rodó, Carlos Vaz Ferreira and Felisberto Hernández rose to fame leading to the work of Juan Carlos Onetti, Antonio Larreta or Eduardo Galeano. It was designated City of Literature by UNESCO in 2015. 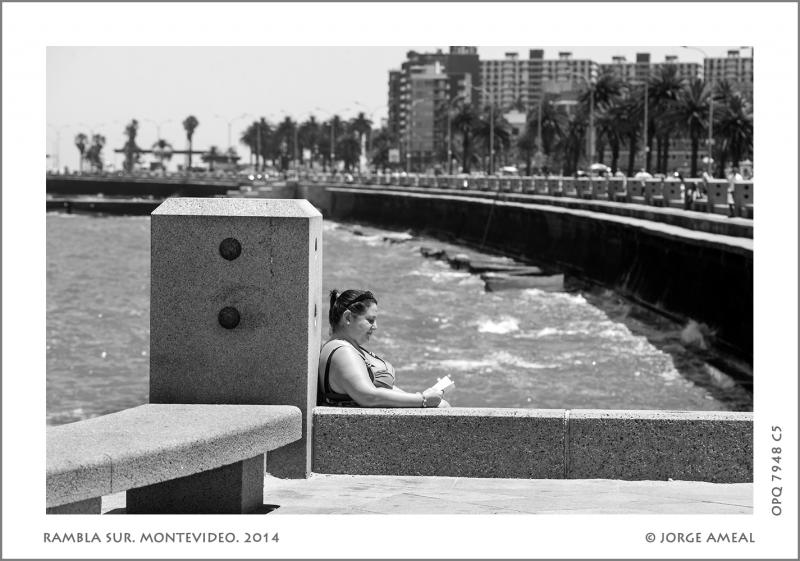 In May 2012, Norwich, became England’s first UNESCO City of Literature. Writers from Norwich have changed the world. Thomas Paine’s Common Sense treatise influenced the course of the American Revolution, while Julian of Norwich wrote the first book in English by a woman in 1395. Norwich is the UK’s first City of Refuge for threatened writers and was a founding member of the International Cities of Refuge Network (ICORN). With 5 percent of the UK’s publishing sector and the new International Centre for Writing, it remains a hub for literary excellence. 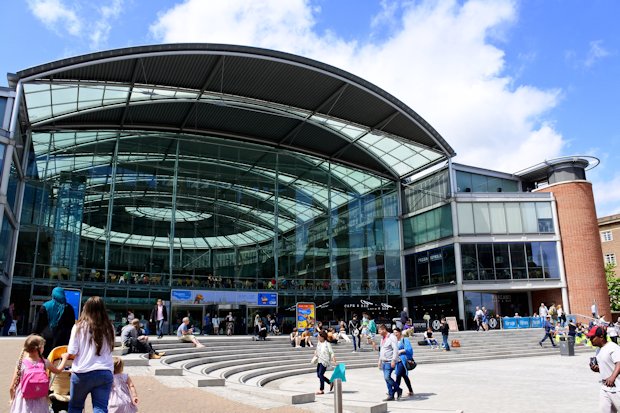 Located in Nottinghamshire, Nottingham is well known for the famous hero, Robin Hood, and national literary heroes Lord Byron and DH Lawrence. The city boasts a diverse literary community with wide-ranging literary organisations including DH Lawrence Heritage, Nottingham Writers’ Studio and Nottingham Playhouse and literary festival, Nottingham Festival of Words. It was designated a City of Literature by UNESCO in 2015. 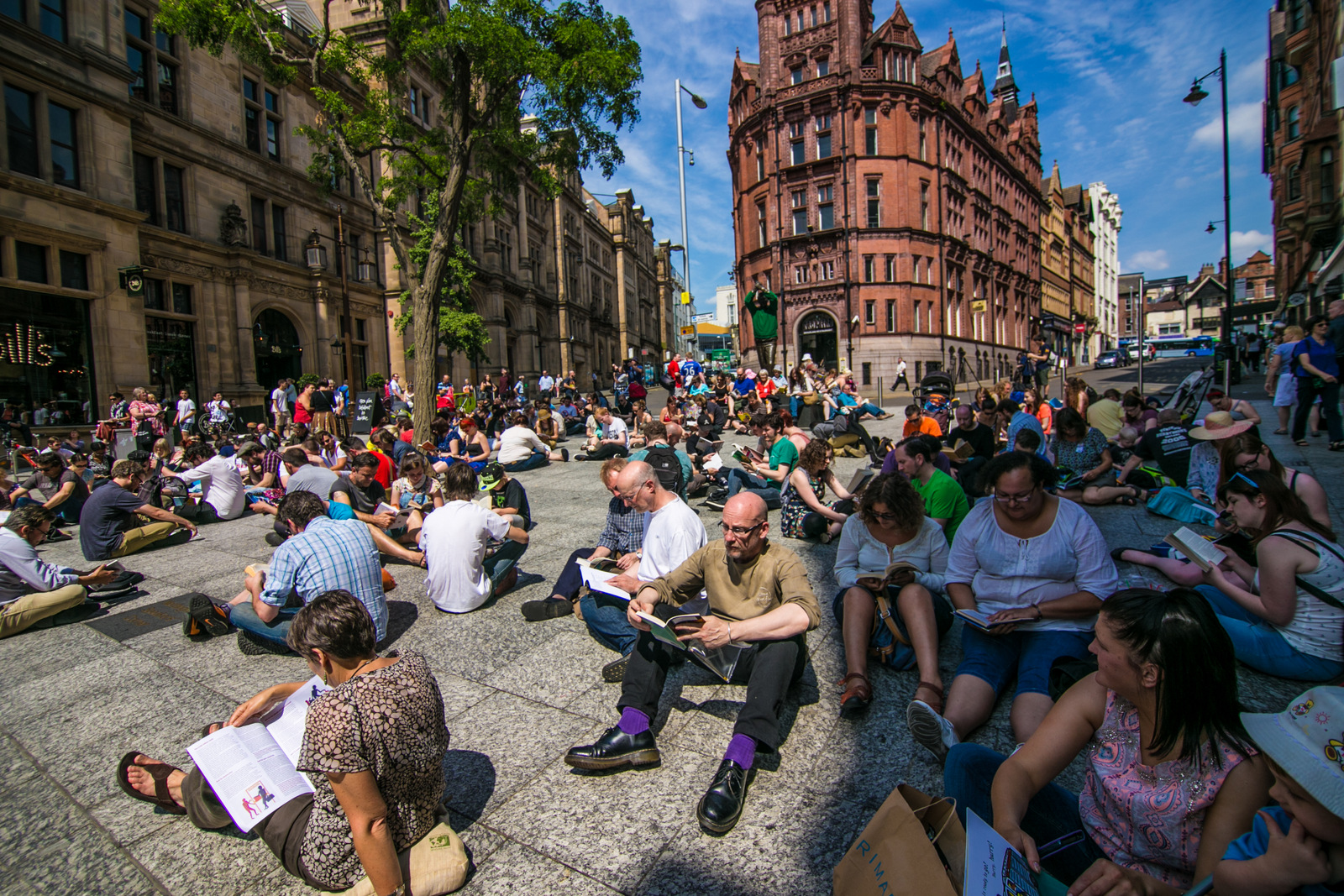 This small vlllage not far from Lisbon is one of the most magical places for people who love books, as it is only inhabited by bookshops of every kind. It hosts FOLIO, one of the most important literary festivals in Portugal. It was designated City of Literature by UNESCO in 2015. 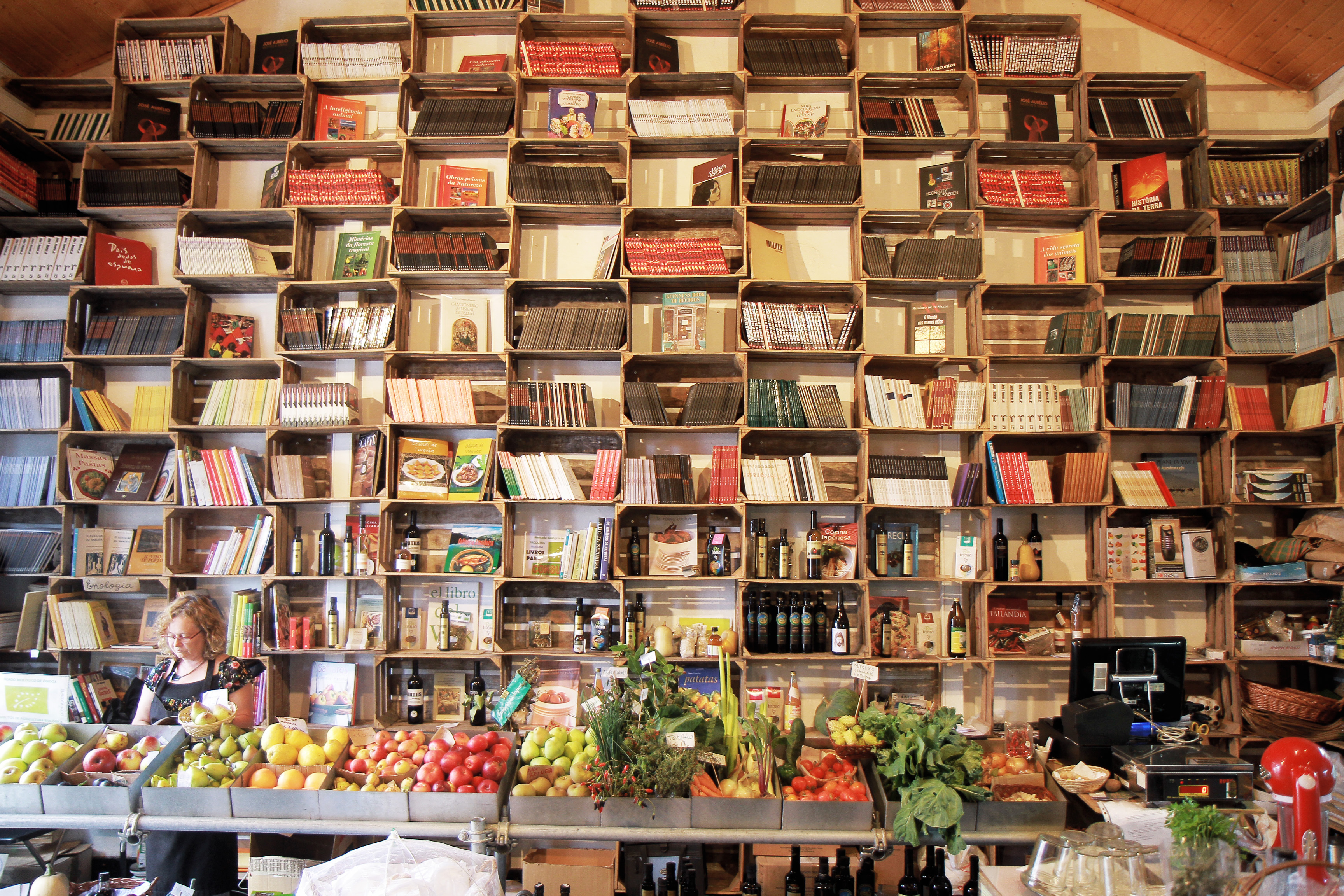 Since the fall of Communism the city has exploded with creativity and literature. Empty buildings across Prague have become a grassroots base for new ventures and collectives, there are around 200 libraries in the city and it has one of the highest concentrations of bookshops in Europe. Writers including Franz Kafka, Max Bod and Jaroslav Hašek have called it home and its airport is named after writer and statesman Václav Havel. 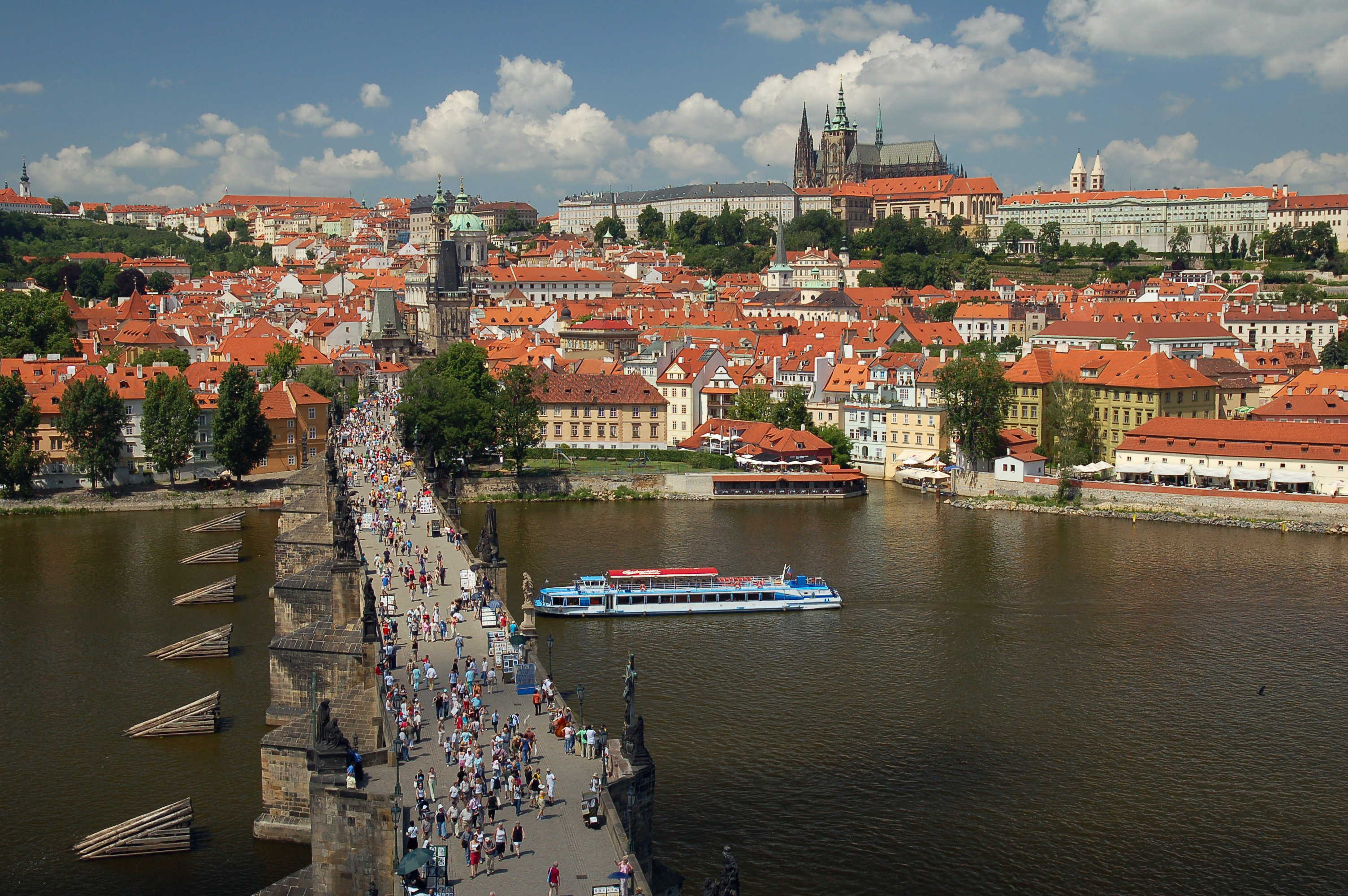 The oldest French-speaking city in North America, with a population of 532,000. As Québec’s second largest city, and its capital, it is known worldwide for its rich history, breathtaking scenery, and cultural life. Since 1985 it has been a UNESCO World Heritage Site, with its literature reflecting its Francophone, Anglophone and Aboriginal Heritage. 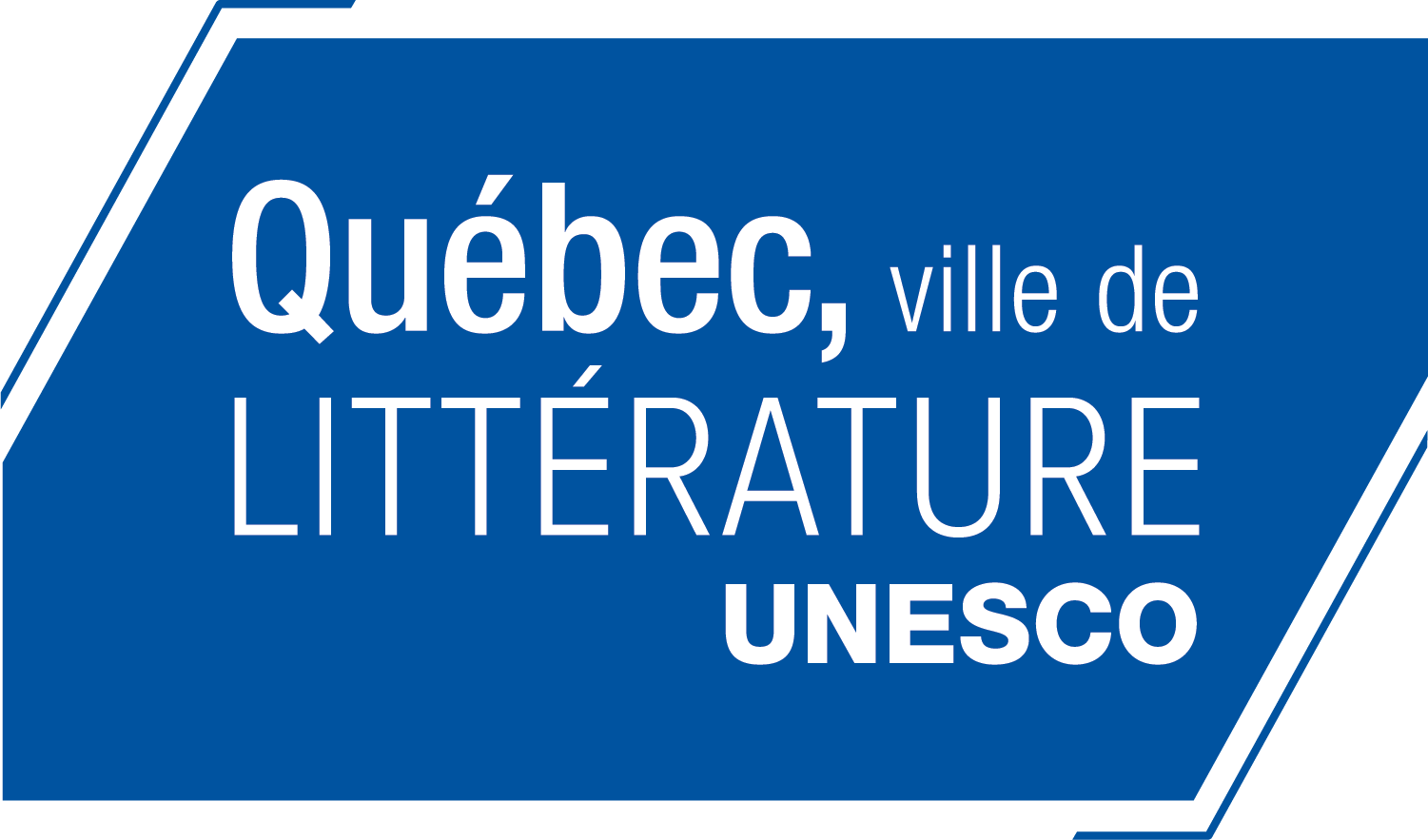 Reykjavik was designated a UNESCO City of Literature on 2 August 2011. Iceland might be the only country in the world with its own word for the pre-Christmas publishing rush, the ‘Jolabokaflod.’ The festival that springs up around it is phenomenal, with writers becoming book assistants, readings taking place all over town, and the public flocking to events. Reykjavik cherishes its medieval literature, the Sagas of the Icelanders and the Poetic Edda, and Reykjavik is a centre for excellence in translation, manuscript preservation and linguistic study.

Situated on the western seaboard of the United States of America, in the state of Washington, Seattle is one of America’s most populous cities with over 650,000 people, rising to 3.5 million when you sweep in the wider region. It is a city of both high tech and evergreen aspects. It is fringed by sea, mountains and forests, and has thousands of acres of parkland, rightfully earning the name “Emerald City”. It is known around the world for its thriving tech industry. Microsoft and Amazon.com have made Seattle their home, to name just two.

The city of Tartu is the second is the largest city of Estonia, with a population of 97,000. It is viewed as the pioneer of Estonian culture, encouraging constant collaboration between its citizens and visitors. It is the home of some literary organisations, such as the Estonian Literary Society, which, after running for over 100 years, serves as Estonia’s oldest literary society. The society has and continues to collect and put research into literature, as well as organising poetry readings, seminars, conferences and other literary events. The city was designated a UNESCO City of Literature in 2015. 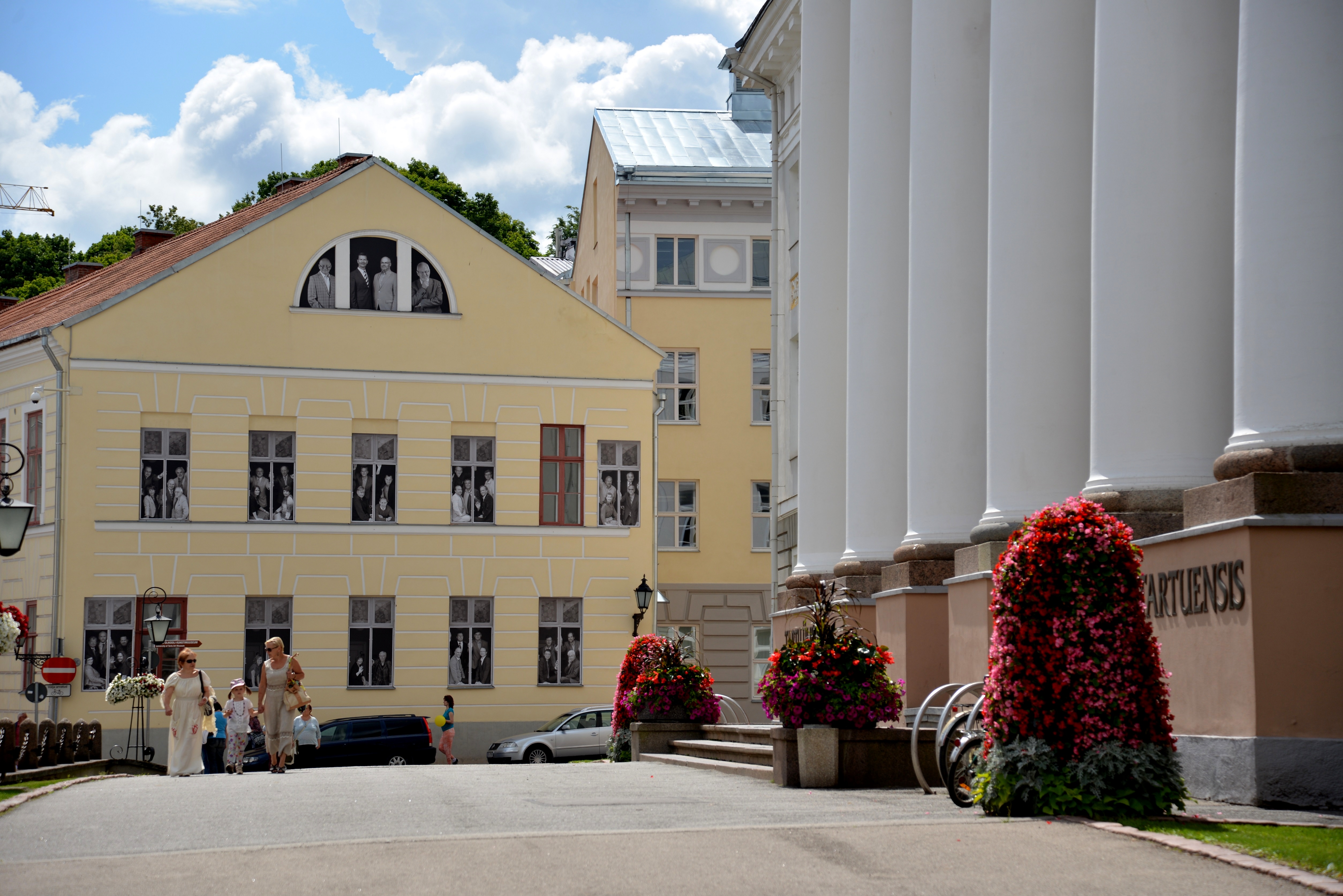 Ulyanovsk is a city of over half a million people on the banks of the Volga River to the east of Moscow. Birthplace of Lenin, but also of the great writer Ivan Goncharov born in 1812. In 2012 Ulyanovsk unveiled the Goncharov Museum, housed in the three-storey building where Goncharov grew up, to tell the story of Goncharov’s life and works. The Oblomov Festival is an annual celebration of the novel’s central – and eponymous – antihero. The festival attracts around 5000 people each year and glories under the motto ‘Get Off The Sofa!’ – a reference to Oblomov as the self-styled ‘Prince of Laziness’ 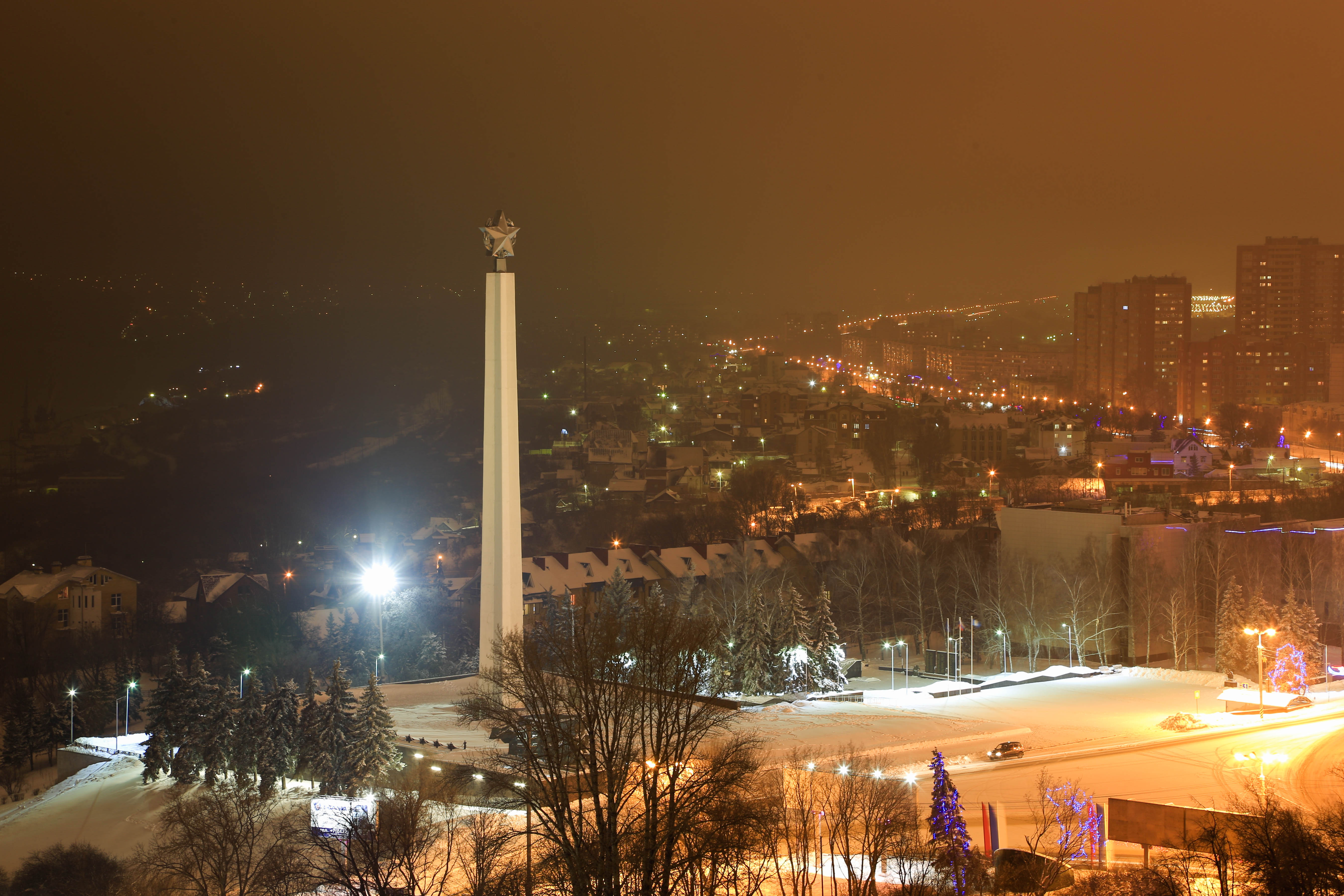 Utrecht sits nestled in the centre of the Netherlands, and throughout history has traditionally been a meeting place for Dutch and international visitors. With its origins dating back to Roman times, it is one of the Netherlands oldest cities. Its rich heritage is counter-balanced by its youthful population, with 70% of its 340,000 inhabitants being under the age of 45. It was designated a UNESCO City of Literature in 2017. 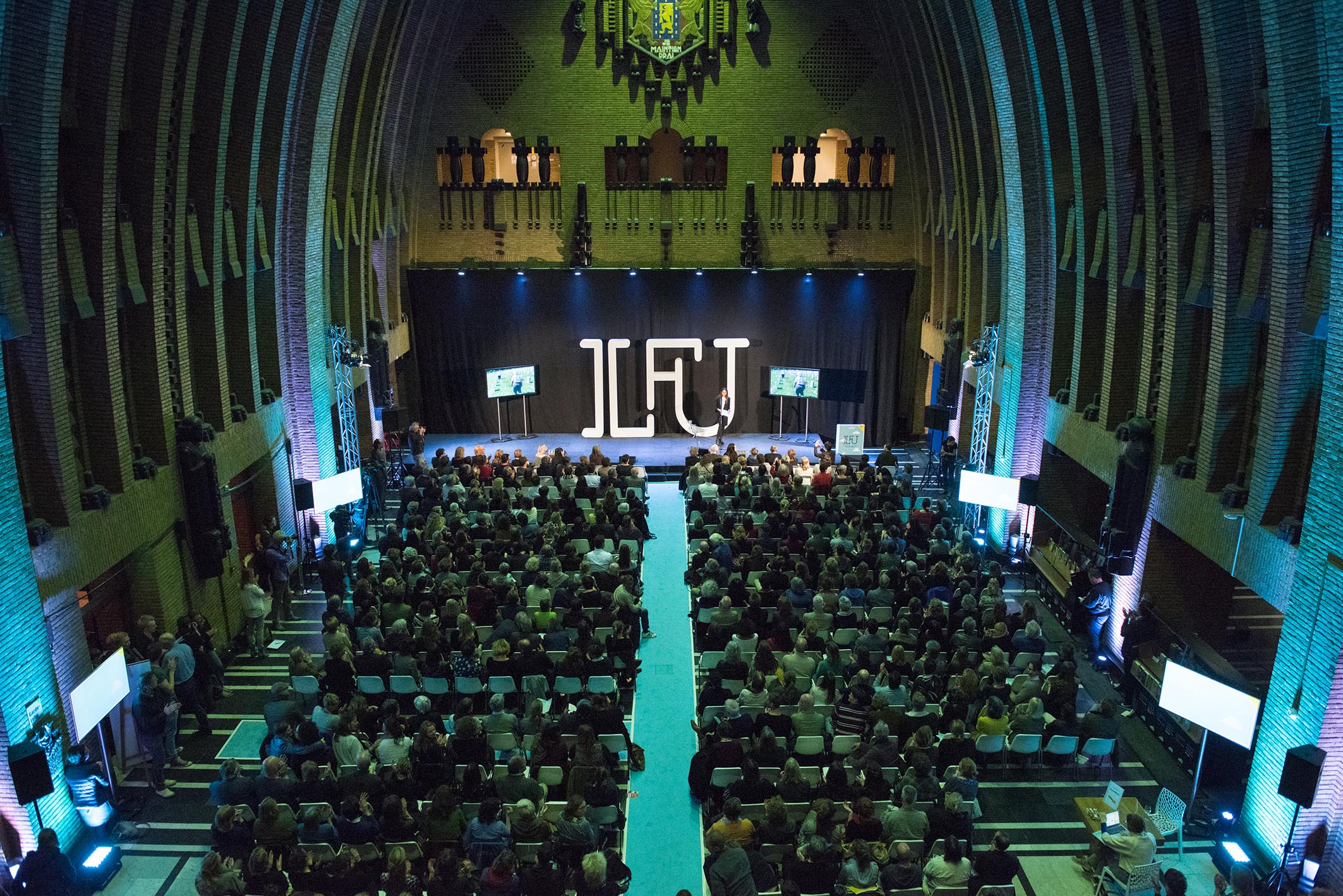