The “Barcelona commerce sounds good” campaign has some new stories and experiences to relate.

The Barcelona City Council campaign to support and promote local commerce, “Barcelona commerce sounds good”, is entering a new stage today. And once again, Barcelona’s shops and markets, together with their retailers and traders, are the real stars with their stories. The campaign fosters local commerce as a model that benefits city residents’ well-being and quality of life. Commerce makes the city and retail the neighbourhoods.

Shops and markets are places with great social and community value and potential. They bring life to each of the neighbourhoods, generate social interaction between neighbours and bring activity to public spaces. Local commerce generates unique experiences, while helping to form good habits as regards sustainability, social responsibility, healthy eating, food and food safety. Added values among which personal service stands out.

Local commercial activity is a key component in the economic activity of the city, as it determines the economic vitality of the neighbourhoods as generators and distributors of economic wealth. It is also important for the use of urban space because people mix there. Shops and markets are economic drivers but at the same time they help to maintain the quality of public spaces. On top of that they generate social cohesion and harmony, more sustainable mobility and a sense of safety and security in the neighbourhoods.

The new stage of the campaign approaches commerce from the perspective of shopkeepers and stallholders in their everyday work and relationship with the general public, by means of short video capsules that show them at their establishments. A voice-over narrates each one. The stories they tell are linked to values and experiences that have to do with commerce, such as the participation of retailers and traders in the Radars project, in which shopkeepers establish relationships with elderly people, or with children, via the “School Paths” initiative.

The featured shopkeepers are Carles and Isabel, from the bookshop “La Font de Mimir” (Nou Barris). They are actively involved in lots of local initiatives, such as “School Paths”. They collaborate with the main idea of this project, which is to support and see that children in the city gain personal autonomy and quality of life while they go to and from school, or are at the youth centre or doing sport. Carles and Isabel also belong to the Eix Maragall association with other retailers; they take part in the “Shops on the Street” programme to show the products and services they offer, in their case books but also educational games, reading workshops and other activities for children and adults alike. They are also involved in the Nou Barris literary campaign with the Torre Llobeta Civic Centre. They organise children’s stories workshops at the bookshop and encourage the kids to decide how the stories end.

In the case of the markets, the protagonist is Sílvia, a stallholder and influencer at the Mercat de Lesseps, as well as a participant in the “Radars” project. This is a prevention and community action network that tries to spot and prevent risk situations involving elderly people, and mitigate the negative effects of unwanted loneliness with the support of the local community, such as market traders. As a stallholder with a delicatessen, Sílvia has regular contact with her customers, besides being an influencer and interacting in social media on behalf of the market. From her stall, she contributes to “Radars” by keeping an eye on the everyday dynamics of elderly people in the area that she knows as a stallholder. That way, with her collaboration, the network can take preventive action if, for example, she has not seen an elderly person who regularly comes to the market for several days.

Music, particularly rumba, continues to identify the rhythm that Barcelona commerce brings. It is also a tribute to the retailers whose work helps make possible the city we want. 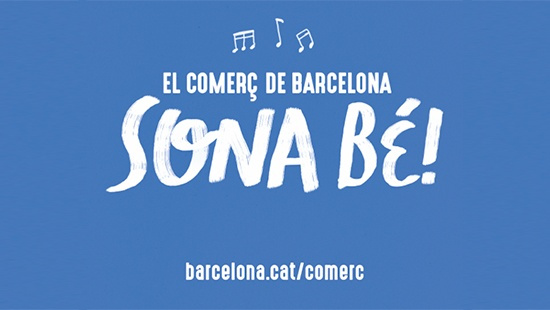