Lletres al Comerç 2018. In the context of The Year of Culture and Trade, and promoted by the Barcelona Comerç Foundation, the short story contest "Lletres al Comerç" has been launched, in which the stores are protagonists of the stories.

The short story competition “Lletres al Comerç” [Literature in Commerce] starts on 20 August. It is open to anyone who would like to write a story featuring a shop as the central thread or setting. The stories can be real or fictitious, they must be unpublished and written in Catalan. They will also have to contain a key word that the organisers will give to each participant, taken from Santiago Rusiñol’s work “L’Auca del Senyor Esteve” which was published 111 years ago.

The Barcelona Comerç Foundation, which brings together the city’s 22 shopping districts, is promoting “Lletres al Comerç”, a new initiative that combines literature and commerce. This competition is one of the activities planned for the 2018 Commerce and Culture Year, a period in which Barcelona will feature as a UNESCO City of Literature, as part of the Creative Cities Network. 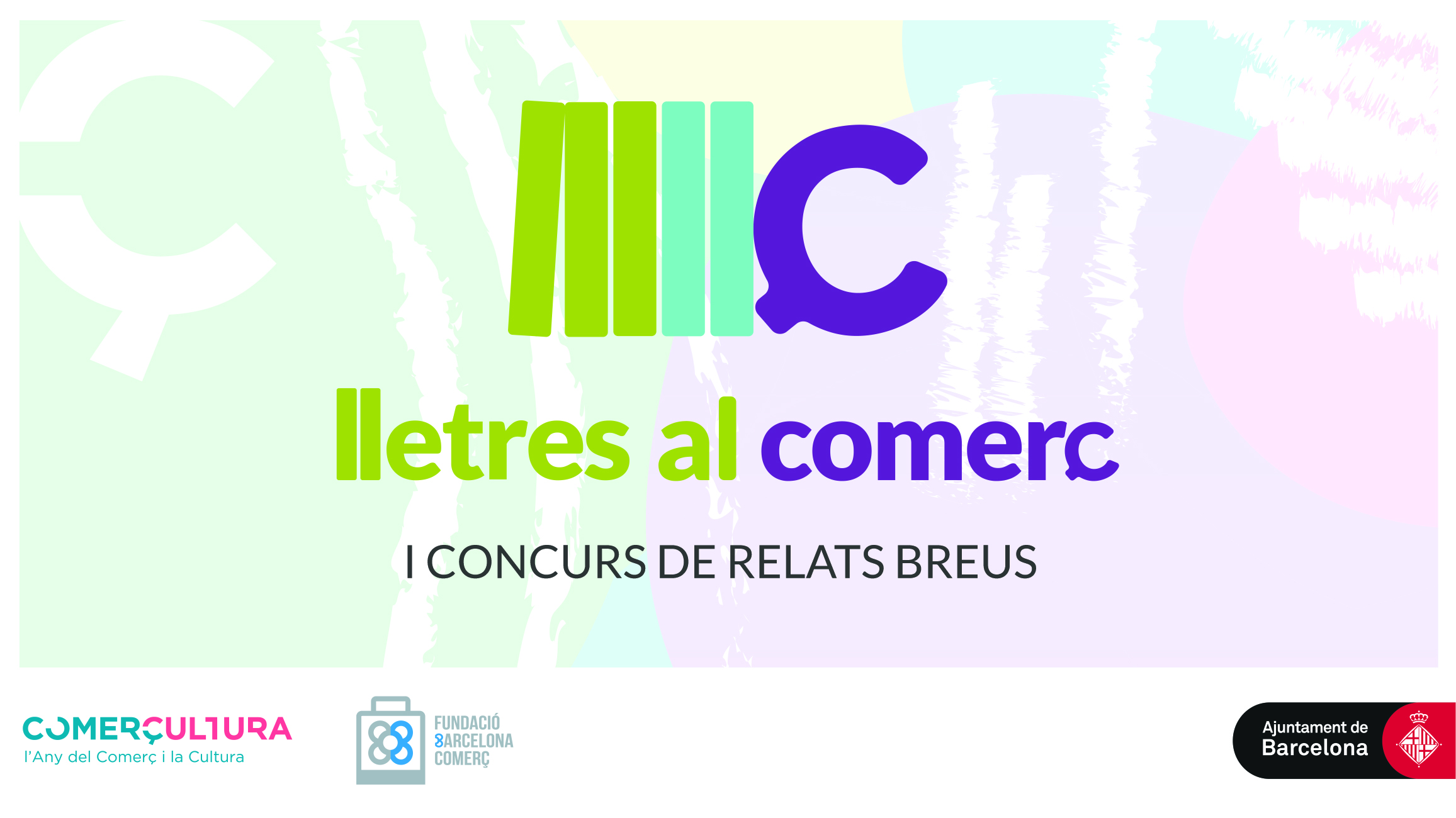 On the back of the success achieved by the “Barcelona Shooting & Shopping” film competition, which fostered audiovisual cultural creation by bringing commerce t and cinema together, a new experience is now being launched to give Barcelona a literary identity in which shops play a leading role.

A story featuring a shop and a key word

For literature-lovers, the competition starts at 0.00 on 20 August and ends at 23.59 on 30 September. Any storytellers interested in taking part, as well as shopkeepers who would like their shop to be one of the literary settings, must register on the website “Lletres al comerç” (or the Barcelona Comerç Foundation site ) where they can also consult the competition’s terms and conditions.

Salvador Vendrell, the president of the Barcelona Comerç Foundation, believes “the initiative puts commerce at the centre of a new literary experience, and is seeking new talent or established writers. And an incentive for writing: “Because on every corner, at the back of every shop, behind the counters or the shop windows, there is a story to be told”.

Jordi Folck, the curator of the Commerce and Culture Year, affirms that “commerce and literature have always had a very close relationship. They say stories flow in shops: the closeness, the trust between shopkeepers and customers gives scope for a wide range of events, shared secrets, comedies, dramas, news, joys and sorrows”. Folck believes this initiative puts commerce at the centre of a new literary experience that is seeking new talent or established writers. And an incentive for writing: “Because on every corner, at the back of every shop, behind the counters or the shop windows, there is a story to be told”.

The competition jury will compile a shortlist of 22 finalists and then select the winner of the first prize. The winner will receive €1,000, a trophy and five copies of the book that will contain all the short-listed stories. The other finalists will also receive a trophy and a copy of the book containing their stories. These will be presented at a gala, scheduled for the last quarter of 2018.

The jury will include Inés Garriga, an innovation consultant and former director of Creativity and Innovation (ICuB); Elena O’Callaghan, the writer and coach; Rodolfo del Hoyo, the writer, poet and cultural manager; Roberto Rabanal, publicist, producer and university lecturer; Marc Barceló, film-maker and poet; Jordi Folck, the writer and publisher of Veus Públiques, who will also chair the jury and Albert Torras, the writer, journalist and jury secretary.