Barcelona is a dynamic, creative and open city, boasting a broad range of cultural and business offers acclaimed throughout Europe, notable among which are those from its retailers and associations, which represent a source of wealth and act as the cornerstone to city life. Commerce is an essential part of our society. Perseverance, impetus and reinvention of Barcelona's shops provide continuity to a quality commercial model.

To give recognition to the contribution made by our retailers, Barcelona City Council organises an award through the Councillor's Office of Economic Promotion, Commerce, Markets and Tourism, entitled «Comerç de Barcelona». The event was first held in 1997, to pay tribute to the commercial sector's efforts and its contributions towards continuity in our local commercial model and our city's economic promotion.

The prize has gradually established itself as a benchmark event in Barcelona and as a veritable annual meeting point for the organisations and associations that make up Barcelona's commerce. 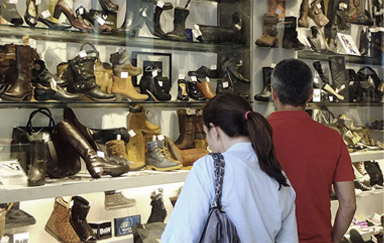 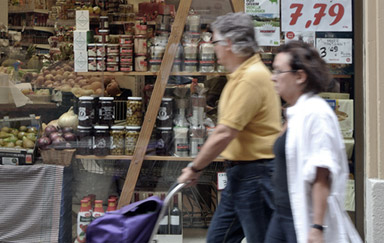 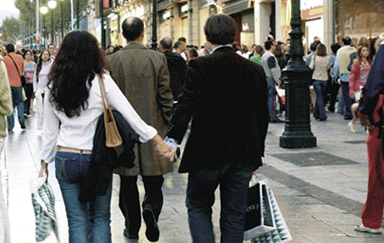 Awards for every kind of shop,
because you can find everything in BCN

Recognises the initiatives of retailers that make a significant contribution to the city's retail sector through their sales system, products, location, service delivery to consumers etc. The initiative must have started in 2013

Award for Best Group Initiative to Boost Commerce in the City

Recognises a private group initiative that represents a significant contribution to revitalising commerce in a city area or street, a specific commercial subsector or city commerce as a whole. The initiative must have been launched by a non-profit association.

It must have been implemented wholly or in part during 2013.

Recognises Barcelona retailers whose long careers have contributed to, supported or boosted the city's retail trade.

In recognition of the uniqueness of certain retail premises that offer a distinctive image of Barcelona commerce, thanks to their decorative features, their range of products, their age, their quality of consumer service, etc.

An award offered by the Barcelona Institute for Municipal Markets (IMMB), which will draw up its terms and conditions and establish the deadline for entries as well as the place where the necessary documents will have to be presented. IMMB will also appoint the award panel. The award will be presented along with those for the other categories. For more information, go to the markets' website: www.bcn.cat/mercats.

< Back to 'Promoting Local Commerce'

Recognises a retail establishment that has adopted social and environmental criteria in relation to its products and the services it offers to consumers. Takes account of initiatives aimed at the responsible use of resources (energy, water, materials), at reducing waste and, in general, at raising consumer awareness of the concept of sustainability.

Recognises individuals, associations, initiatives, establishments and  projects that, through their experience or work in the area of local shopping culture, had an impact on Barcelona's cultural development throughout 2013.

Terms and conditions of the 21st edition of the Barcelona Commerce Prize 2018 [pdf, In catalan language]