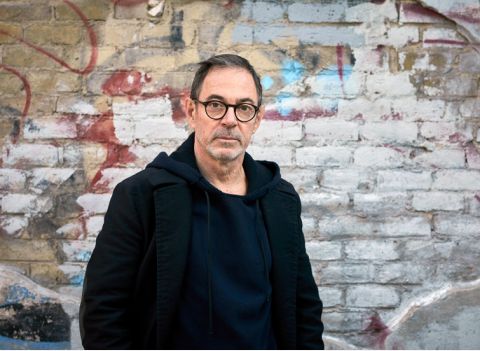 Àlex Ollé: “I’ve always believed that one of the most important impulses in the renovation of art is the youth factor”

Just a few days before the premiere of ÒH!PERA, we talked to its artistic director, Àlex Ollé. The project was presented five months ago, and following working sessions and rehearsals with all the teams involved, on the 9th and 10th of July it will be presented in various spaces of the Gran Teatre del Liceu.

In En primera persona we talk to the director, resident artist and member of the Artistic Council of the Gran Teatre del Liceu. At present Ollé is also immersed in rehearsals of two operas: Bellini’s Norma and Verdi’s Il Trovatore.

How did the ÒH!PERA initiative come about?

It emerged from a conversation between Valentí Oviedo, the general director of the Gran Teatre del Liceu, and Mireia Escobar, the director of the Disseny Hub Barcelona. They both started out from the same idea, for the two institutions to work together on projects that would foster talent and creativity in the city of Barcelona.

What’s the principal goal of the project?

Basically, what this project really aspires to do is provide opportunities and contribute to the creation of a new generation of professionals. And the first step was to bring together various design schools of Barcelona with creators from the sphere of the scenic arts, the plastic arts and music to create four operas in small format. After all, we mustn’t forget that opera is essentially a multidisciplinary art.

How did you respond to the offer to lead this project?

I was delighted to receive it, because I think it has a lot to do with my conception of the present and the future of the arts. I suppose they chose me for two reasons. The first, the most logical, is because right now I’m the resident artist of the Liceu. The second is my 40-plus years as a director of theatre and opera. This gives me a precise vision of what’s happening today in the world of art and culture. What I bring is my experience, which began in the late 1970s when I was very young ... as young as the creators of the ÒH!PERA project are now. And the fact is that I’ve always believed that one of the most important impulses in the renovation of art is the youth factor: curiosity without prejudices, pure intuition, the need to start all over again ... or, as Freud said, “the need to kill your father”.

What does it mean for you to participate in this project that connects the professional world with young students?

It’s a real pleasure for me, after a career of so many years, to be able to dedicate a part of my time to helping to create a new collective of young creators and professionals. And to give this support to everyone involved in the four projects, I’ve had the collaboration of professionals from the Liceu and the Disseny Hub and the priceless assistance of Anna Ponces and Anna Llopart.

How do you value this type of initiatives of promotion of young talent?

I think this kind of initiatives are indispensable if we want to have a new generation of top-class creators and professionals. Unfortunately, there are still very few initiatives of this type in our country in comparison with other countries of the EU. That’s why I think it’s so important that two institutions like the City Council and the Liceu have joined forces to develop a project like this. Grants and funding, of whatever type, are very important when you’re beginning, not only for the economic factor but also because they give you the confidence to follow a path that’s calling you but isn’t at all easy.

Do you think initiatives like this also help to bring the classical genre closer to younger people and make it more comprehensible for them?

Of course. The aim of this type of projects is to bring the opera genre to a young public. Because it’s true that many young people feel a certain reticence towards opera. But this is particularly due to the types of operas that are presented. It’s not opera in itself that puts off the young public. In any case, in recent years many artists from different artistic disciplines have brought about a renovation of the opera genre with their work. I’m thinking of plastic artists like Anselm Kiefer, Anish Kapoor, Jaume Plensa, Ai Weiwei or William Kentridge, video artists like Bill Viola, or cinema directors like Michael Haneke. It’s essential for opera to speak to present-day sensibility and provoke a reflection on what’s happening today, and this is what I and many other stage directors are trying to do. It’s also very important to increase the creation of new operas. And all of that is what the Òh!pera project is also seeking, but in small format. It’s only with proposals that young people can identify with in some way that we’ll succeed in attracting a young public to the opera theatres. It’s only with operas that affect them, move them, shock them, surprise them, that we’ll convert opera into a modern-day art.

What has it meant for the students? And to be able to present their work on a stage like the Liceu...

I think the most enriching thing for students has been to experience the creative process from the start of the project to its presentation before the public. Confronting ideas and seeking the way to resolve them. Wagner said that opera was “the total spectacle,” and he said so because opera is the confluence of a wide range of very different artistic disciplines. This is one of the principal attractions the students of the design schools have discovered: that, whatever their specialisation, they’ve seen how their work can be applied from the creative point of view in the development of the spectacle. In addition, they’ve had to work in a team, with other students, with the stage director, the composer, the librettist, and so on. That is, they’ve been able to see, and enjoy, what collective creation entails.

How were the working teams? How were the tasks distributed among the different design schools?

Each one of the four operas has had a working team formed by the composer, the stage director and the assigned design school. And in each school, there has been a coordinator of the project and the various tutors who have coordinated the different working areas (costumes, set design, audiovisuals, lighting, and so on). Depending on each school and the specific details of the project, all the students have worked in a group or have specialised by settings. The LCI school has taken charge of communication, the general experience (they’ve created a structure of doors that give access to the various stage spaces and mark the route to follow) and have produced a ‘making of’. The schools and the audiovisuals department of the Liceu coordinated to gather the images for the ‘making of,’ and two meetings were held during the course in which the five schools shared their views of the evolution of the projects.

The project will materialise on the 9th and 10th of July. Are you satisfied with the results? How are the rehearsals going?

We’ll see the final result with the public on the 9th and 10th of July. But apart from the result, what we can value very highly is how all the process has evolved. For most of the artists and students, this is their first experience in creating an opera and possibly their first in creative teamwork. And that, in brief, is what ÒH!PERA is seeking.

The rehearsals I’ve been able to attend have confirmed to me, seeing the enthusiasm of all the working teams and the proposals they present, the importance of projects like this to stimulate creativity among the youngest creators.

In total, it will be possible to see four micro-operas. Can you sketch them out for us? And the stage setting? What materials have you used? Has it been complicated?

The four micro-operas are very different. Each stage director has created their personal proposal based on the music and the libretto and has given it form with the collaboration of the teachers and students of the schools.

One of the librettos deals with a romantic triangle, with a music that plays at evoking the character who is absent in each scene and a staging that avoids literality and investigates the symbolism and essence of the relationship between the characters. In this case the materials are not very specific, but the interesting thing is the use made of them onstage.

We’ll also see a monologue that questions artificial intelligence, and in this case very specific materials have been used, such as metal structures, cabling, lights, and so on, that place us in the context that the work reflects on. And at the same time, an important effort was made to integrate the stage setting into the architecture of the Hall of Mirrors.

The third opera takes full advantage of the stage space assigned to it, the Teatrino of the Conservatory, as a space of fiction, since the story takes place in a theatre. This production has featured impressive work on the performers’ costumes and the decoration of the space.

And finally, the last proposal focuses on the use of shadows and projections to narrate the personal evolution experienced by the central character, and although it is presented in the foyer like the first piece, the space has been rearranged and given a different use.

Right then, give us a reason for coming to see the performances. What will the audience discover?

I can give the public plenty of reasons for coming to the Liceu on the weekend of the 9th and 10th of July. The first, to see the work of four young composers who will give an idea of the new currents in contemporary music. Then, for the challenge of two female and two male stage directors who for the first time are staging a 30-minute opera. More reasons? Well, for the five Barcelona design schools who have taken charge of the stage setting, costumes, video and lighting for each one of the proposals. But perhaps the most important reason, because it has to do with the future, is this: because what we have here is a fresh, bold and youthful view of opera. There’s one last reason that’s no doubt less important but personally I like it: because it will lead the public to take a journey through three spaces of the Liceu – the Foyer, the Hall of Mirrors and the Teatrino of the Conservatory – where the four proposals will be performed.

Will the project have continuity?

Yes, for sure. We’re already working on the next edition. The four composers have already been chosen. We also have two of the four stage directors. And we’re evaluating which four schools will take charge of each of the projects. We’re also assessing, for next year, the possibility of holding it in a space outside the Liceu, which would allow us to present it over more days and transport it to a small festival format which we hope can have continuity in the future Liceu Mar. I think consolidating this project is an opportunity for stimulating the growth of talent in a city like Barcelona. 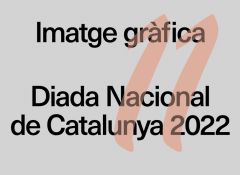 ADG-FAD advises on the competition for t...

Every 11th September sees the celebration of the National Diada of Catalonia, a day that commemorates... 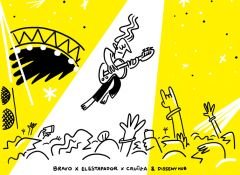 The Cruïlla Festival is much more than m...

From 6 to 9 July, the Parc del Fòrum in Barcelona will once again host the Cruïlla Festival.... 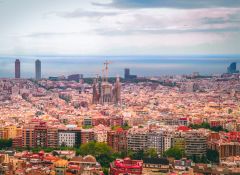 Science, technology and sustainability a...

Barcelona has a new programme to promote scientific tourism: “Barcelona, a science destination”.

It is an offer of science and... 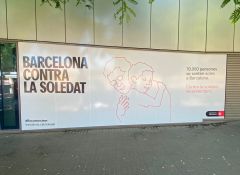 The Barcelona Disseny Hub joins the campaign “Let’s reconnect, against loneliness”, set up by Barcelona City Council through the...