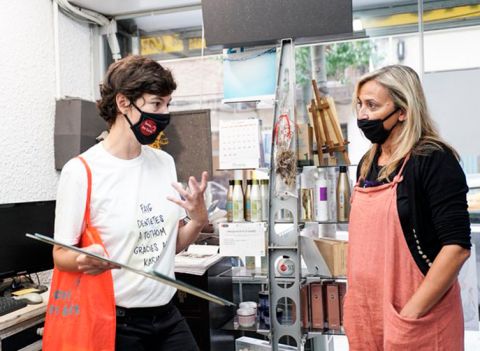 The programme ‘Dissenyem comerç’ (‘Designing Commerce’) is beginning to bear fruit. The project was started up with two initial working groups: the first, formed by the Barcelona University Design and Engineering School, Elisava and the Sants-Les Corts commercial cluster, and the second, formed by the Acid House design and training centre and the Poblenou commercial cluster. After months of work, the results can now be seen.

‘Dissenyem comerç’ started up with the pilot working group formed by Elisava and the Sants-Les Corts commercial cluster. The project was a great success. Following a series of interviews to get to know the point of view of the people forming part of the commercial cluster, a task of research and observation, an action in the streets and a co-design workshop, this working team has presented a set of ten proposals to stimulate and reactivate proximity trade: ten communicative proposals based on a transversal and transformative approach which include actions such as creative workshops and games to publicise the commercial establishments of the neighbourhood, the incorporation of objects or actions to identify the establishments that form part of the Sants-Les Corts cluster, or other proposals such as a lighting installation or a mobile promotion point.

The second group to complete the project was that formed by the Acid House centre and the Poblenou commercial cluster. By way of the Design Thinking methodology, the group has explored the needs and opportunities of the social and commercial fabric of this Barcelona district, centring on four major axes: local shopkeepers, creators and co-workers, residents of Poblenou and its commercial cluster. As a result of this research and investigation task and the event “Fancy a coffee? Poblenou treats you,” the group has presented eight proposals, such as the Poblenou Circular urban route, the POM digital coin or the short films “A Poblenou passen coses” (“Things Happen in Poblenou”).

‘Dissenyem comerç’ is an initiative promoted by the Councillor for Tourism and Creative Industries, along with the Councillor for Commerce, Markets, Consumption, International Regulations and Tax, Barcelona Activa and the Barcelona Design Hub, which brings together design schools and commercial clusters to stimulate proximity trade. Two new projects will shortly be launched: one, between the LCI Centre and the Shopkeepers’ Association of Torrijos de Baix and the shops of the Abaceria, in the district of Gràcia; and the other, between the students of the Polytechnic University of Catalonia and the Gaixample commercial cluster. All the news and results of the various working groups can be viewed here. 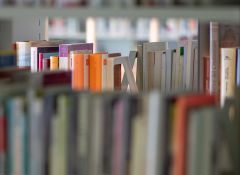 What do we know about adolescent literat...

The Biblioteca El Clot-Josep Benet has... 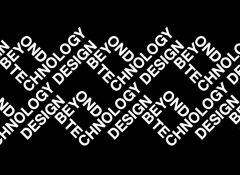 Digital Realities in the new edition of...

The biennial project Design Beyond Technology returns on 25-26 March in an edition that will be held online and streamed from the showroom... 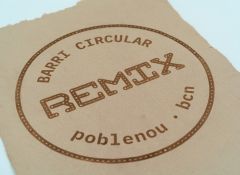 Design with biomaterials and circular ec...

This month of March, the Design Hub Barcelona will host the new exhibition of Remix El Barrio “Design with Biomaterials of Food Leftovers... 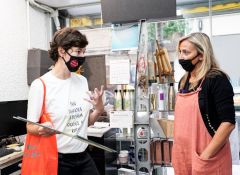 Completion of the first projects of Desi...