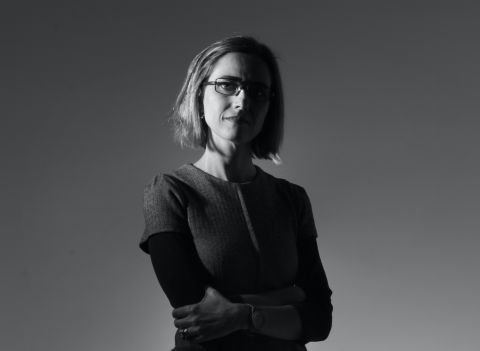 Maria Güell: "The territory that surrounds us when we leave our private space must be more communal"

From February 14 to 16, the Llum Barcelona festival will again transform the Poblenou neighborhood into an open air laboratory of research and experimentation through light, digital technology and moving image. The festival has been curated by Maria Güell, lighting designer, founder of La Invisible studio and teacher at the Elisava design school. We speak with her about this year's edition, language and public space, and the cultural fabric of the city.

What are the novelties of this edition?

This year highlights the internationalization of artistic proposals. Among the artists that will participate, the most iconic is Julio Le Parc, pioneer of intervention in space with light and of using light as a material in a time when the plastic arts were based on two-dimensionality. His performance will be a surprise for the younger audience, because the artist worked with analog codes that are the same in which people work with now. This year's experiment is the Agora. We wanted to create a space of relationship between artists, designers and students, and that is why we have incorporated a space of reflection and knowledge in which talks and conferences will take place.

In Llum disciplines such as art, architecture and design will interact together. What possibilities do these connections offer?

Light has the capacity to be a matter of formal composition in space, and technology is also taking it to the limits of world configuration. There are artists who work to investigate these boundaries between light and reality.

Elements such as science, the universe and artificial intelligence will also shape this year’s Llum Festival.

There are pieces that pose a challenge to the way we usually relate with the environment, which is a familiar and friendly scenario for everyone from the point of view that the city is part of our daily lives. There are works like SOL, by Kurt Hentschläger, that alter our perception. It is an immersive and absolutely subjective piece, since it is understood in the perception of each person seeing it.

In addition to the creations of professional artists, Llum distinguishes itself from other festivals by betting on emerging talent. What motivates you to keep doing it?

Schools are participatory, inclusive and informative. The first year that Llum participated with the schools was a huge leap. They have a much wider possibility of dedication and therefore an ability to work with the direct context, because many are in the neighborhood. All are pieces made ad hoc, and this gives them a freshness and a vitality that is felt. In this sense I believe that one of the jewels of the festival is the connection with the citizen to work in an environment that they know, trying to bring a minimum of imported pieces and a maximum of works made locally and for the location.

Where and how can the language of public space evolve in the future?

The festival points to an appropriation of the citizen in a public space and the need for the streets to be filled with language and communication. We come from a hyper functionality of urban space, and we are still living it. The territory that surrounds us when we leave our private space must be more communal, since the private space, through our machines, is becoming more isolated. The street has to sustain this community life that otherwise can not exist.

The festival also claims the power of an image which is free of commercial interests and excess information. What message do you want to send?

Over the years, the codes of urban language has acquired an enormous advertising dimension, and one is practically unable to interpret something on the street that is not advertising, because they are not predisposed to do so. This desire to recover the urban space as a communication space implies that there may be signifiers, signs, and language in the street.

The Disseny Hub Barcelona is a key apparatus of the Llum. What artistic installations can be seen?

On the main facade we will have a projection of Julio Le Parc, Metamorphosis. Inside we will have two pieces: Fiat Lux by Estudi Antoni Arola, who last year surprised with a piece that he repeats this year; and The Day We Left Fields, by Tundra. At the other exit, on the lake, there will be the Museum of the Moon, by Luke Jerram.

How does Llum contribute to the Barcelona brand?

The festival is not projected towards spectacularity, but is sustained by its contents and the discourse it generates, and how it interests citizens. The performances created by the young talent of the city are really surprising and confirm the theory that Barcelona trains well in design and the arts and has an important portfolio of local artists. 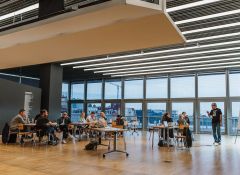 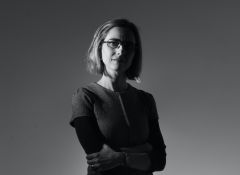 Maria Güell: "The territory that su... 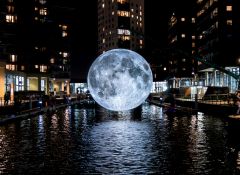 From February 14 to 16, the Llum BCN festival will transform, for the third consecutive year, the Poblenou neighborhood... 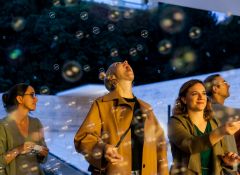 In the Bauhaus Kitchen: a trip to Weimar...

“The objective of the Bauhaus, of course, was to improve the experience of the human beings by designing everything around then. […] The...