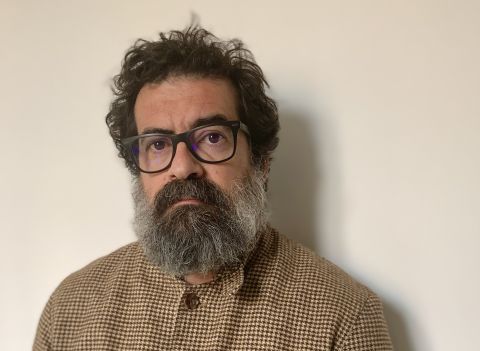 Creative director at the Barcelona City Council, Nacho Padilla, insists in escaping from dullness: the fact that public communication should be useful and understandable doesn’t mean it should be boring. After more than three years managing the Madrid City Council’s communication, with campaigns which have achieved a strong impact on the people, he arrived in Barcelona in March with the COVID-19 campaign “Barcelona té molt poder”.

Padilla is one of the guests at the Blanc! Festival this year, where he will participate in a conversation with illustrator Juanjo Sáez, this Saturday the 24th at 4.30 pm. We speak with him about communication, creativity and design, and about how to bring this, in a balanced way, to the public administration.

Your arrival at the Barcelona City Council caused controversy. Has it been difficult for you to feel comfortable here?

I was quite oblivious to the commotion. I already felt comfortable in Barcelona, ​​now I have a feeling of being at home, which is much better.

Which challenges does communicating Barcelona pose today, amid a pandemic and in a troubled political context?

It means understanding that plans can vary from day to day. There is the feeling that the moods of the citizens behave in a cyclothymic way, so that the modulation in the tone of the messages also falls within this spectrum. There is a lot of insecurity, insecurity brings fear; fear, in the area that concerns us, flattens communication, reduces everything to the lowest common denominator. So the challenge is to navigate all that in order, despite everything, to make the best possible communication, the one that is most useful and connects better with the moment.

Why is it important for a city council like Barcelona to invest resources in communicating?

Because information is necessary. A public administration should be constantly communicating measures, events, protocols, activities, registration deadlines, payments, etc. For that communication to be effective, resources must be invested because if you don't, you will end up paying a higher price in the form of wasted resources and an uninformed population.

In your opinion, what was the last period in which the City Council had a good creative direction?

I don't think it's the last, but the time of Enric Casas and Toni Puig was a benchmark at the time on how a city council should communicate.

What differences do you find when planning a campaign for Barcelona and when doing it for Madrid?

You have to take into account the peculiarities of each place but that works more as a spice than as an ingredient; the latter are very similar when facing a campaign.

What role have social networks played in the last campaigns you have developed for public administrations?

Well, they play the role that the public's attention gives them. If a serious media plan is made, they acquire the prominence they need for your audience and target objectives. When we arrived in Madrid, the usual media mix made no sense in terms of a private advertiser. There is a strange relationship of mutual dependence between some administrations and the traditional press that often puts the needs of the reach and effectiveness of campaigns in the background.

Administrations are sometimes accused of not prioritizing aesthetics, design and creativity. Do you think the administration gives the necessary value to the design? Do you think that in this sense there has been a change in recent years?

That accusation can be made also to the private sector. Regarding the specific aspects of the administration, I believe that it has the duty to communicate effectively and to dignify the public space. It happens sometimes and when it does, there is someone who cares about it and delegates to those who know how to do it. Is there a tendency for that to happen? I'm not so sure.

Should a figure like yours be present in all municipalities and ministries?

Only where it makes organizational and budgetary sense. But where it does, yes.

Do you think institutions are afraid to communicate in a disruptive or disruptive way?

Yes, and no wonder. Indiscriminate political fire and polarized positions are a weapon to bow heads, to flatten results. They are a generator of least common denominators, a decorator of cowardice, they turn off the brightness, they reward inertia, the gray, the commonplace. We must rise above the fire of the day on social networks and aspire to a higher perspective and not be afraid that the administration is a vector of innovation and therefore also of disruption.

Do you think that the administrations should have renowned studios and agencies in the private sphere to execute institutional campaigns? Is it one of your goals?

They must be able to access the greatest possible talent within a framework of transparency and equal opportunities. I think that's the key and the problem is that the way the Public Sector Contracting Law is designed turns the construction of that possibility into an administrative hell at best and a dead end at worst. In Madrid we were able to create a Framework Agreement that seemed to work, but even that model is not assured of its continuity or its replicability in other administrations.

It seems that people increasingly trust the local government and not so much the central one. How do you see this idea and what role does communication play in it?

Local governments make policies that are not necessarily the most decisive but are the most tangible for people's lives. This facilitates the understanding of these policies and communication plays a role in this, not only in terms of understanding but also in the field of usability and, therefore, the generation of citizen capacities.

How is the practice of the profession seen from the client and administration perspective?

My specific role is very similar from one side to the other. I have spent 20 years in one of the sides so I know its virtues and its demons and it has helped me to have a more realistic vision from this side. The vision that can be acquired from the administration of the sector and from the administration sector can be wrong because in many cases the reality of both sides is quite counterintuitive.

What is your vision about the spaces that have been temporarily set up in Barcelona at the urban tactics level? This has generated a lot of controversy, both at the design level and at the political and management level. What do you think about each question?

It seems to me that to make it possible, certain levels of imperfection had to be accepted. In many cases, and this is tolerable and even desirable in the private sphere, the only possibility for a product or service to happen and be feasible is based on “good enough” or the 80/20 rule. And this was a textbook case. This whole issue is related to the question you asked me about the administration's fear of communicating in a groundbreaking way because most of the debate has been based on two premises that seem futile to me: one, aesthetic, when the world standard has been applied this type of action – and that also puts us in the field of opinion. Another, the ethical, in the sense that everything has been focused on the 'how' without taking into account that this 'how' is what has made possible the mere possibility of an expansion of spaces that is urgently necessary in environmental and health terms. In the very nature of tactical urbanism is the possibility of iteration and that is what we are doing now, working to apply improvements in terms of readability and specific adjustments to the environments.

Barcelona has always been a benchmark in design and avant-garde: do you think it continues to maintain this spirit? Do you think it is correct to speak of a "Barcelona design" as a brand?

Barcelona has it, sometimes in the form of a seed under the snow, sometimes shining in all its power. Barcelona has the established valuation, the assumed design city ‘brand’. In this sense, it is in a position that elsewhere is only the possibility of possibility. This reality, this solidity, has the danger of everything that settles: stagnation, the triumph of a Sanhedrin orthodoxy, contempt for a healthy dilettancia or permeability, etc. We must never lower our guard, because being a benchmark in design is being one in innovation and at the forefront, and that entails a sincere desire to be bothered, a healthy coexistence with what is different, with conflict and with iconoclasm.

Do you think the Laus ADG-FAD Awards collect this?

They collect a fairly faithful portrait of the moment. Annual prizes interest me above all for this.

Why is it important that there is a festival like Blanc? What does this festival bring to Barcelona and to design?

It is a guarantor of what I said before: freshness, dilettancia, an uncomplexed look and, therefore, wise. Or wise, and therefore uncomplexed.

Could you name us some of your references in public campaign design?

The United States National Parks. Precisely because it transcends the campaign and rises above that mania of applying the logic of commercial branding applied almost like a carbon copy of what is public and that I think constrains it and makes it cheaper. Art, design -graphic and experiential-, narrative, iconography, cartography... all this has served over time to transfer the idea, the spirit of national parks to the bottom of the hearts of the Americans. It assumes the absolute understanding that everything communicates, demonstrates the wonders that are achieved when the short-termism of the political vision that ends at the end of the legislature is overcome and when it is delegated to professionals because what is handled is deeply understood. And this is useful me for the first reason I pointed out: it shows the fundamental difference between the objectives -that is: for whom and for what do you generate value- of a public body and a commercial brand and, therefore, because a brand is a brand and a natural park - or a city - is much more than that. 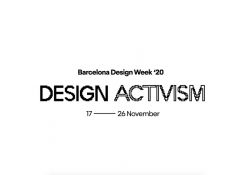 It seems that the days when we talked about the "new normal" are long gone. We no longer know what our "post pandemic" life is, because we are... 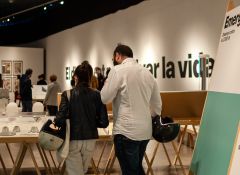 Despite the limitations to face-to-face events, Barcelona Design Week 2020 finds ways to bring design, physically, to people. Below we collect the... 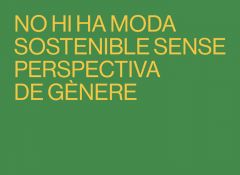 The deconstruction of traditional barriers is breaking through the binary conceptions of gender, while putting on the intersectional vision of... 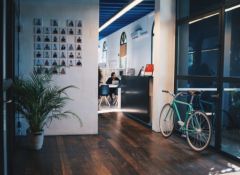 Design Districts, a program by and for...

Citizen participation is a key axis in Barcelona Design Week 2020. Design Districts is the most transversal set of activities of the event, which...