An October full of design all around the city

The second edition of the Barcelona Design Week is about to open. From October 7th to 30th the BDW City Festival will be held, with a programme of activities addressed primarily to the general public.

As the name of this second edition indicates, the festival will extend all around Barcelona in order for the public to enjoy the city’s creative potential. And within the framework of this event, the Districtes Disseny (“Design Districts”) programme has been set in motion as an initiative for involving different agents of the city in this festival. By means of a call to participate in it, the programme of the BDW City Festival has been filled with exhibitions, talks, workshops and presentations related with design, creativity and innovation which will take place in different spaces of the districts of Barcelona: galleries, shops, showrooms and design studios, among others. Special attention must also be drawn to the urban installation The Design Cubes in the Diagonal, composed of eight cubes located along the Avinguda Diagonal aimed at explaining the role of design in our everyday lives and highlighting the singularity of Barcelona and its spaces.

In total, the BDW City Festival will include around eighty activities, most of them presential, to be held in spaces like La Farinera of El Clot, the Roca Barcelona Gallery, the Galeria Il·lacions, La Muriel, Cal Tip and MINIM, in addition to the Design Museum and the Disseny Hub Barcelona, which will host conferences and workshops like ‘Live Research: Who is designing the cities of 2050?’, B Citizen Lab and Digital Trends 22/23, with the participation of Simon, a winner of the National Design Prize awarded by the Ministry of Economy, Industry and Competitiveness. A special mention should also be made of the two activities organised by Kave Home, a Mediterranean brand of furniture design and decoration which makes sustainability one of its essential traits. A conference will be held on the 20th and a workshop on the 26th.

As a new feature, this year the BDW City Festival presents the Food Design Week, with a series of activities on food design for all types of public, from families and people interested in the culinary world to students and professionals, with workshops, exhibitions and talks on art and gastronomy. Alongside the Food Design Week, other very interesting proposals are:

-        The technology designing the sport of the future

-        Exhibition “Ideas for Humanity: Recipes for the Health of the Planet”

Under the motto “Think, Design, Act”, this edition of the BDW has been held in a hybrid format and in two different periods. The first, addressed to the professional public, took place from June 7th to 17th, and now this second block concludes an edition which aims to have an impact on the design and implementation of more sustainable models and settings which will be economically viable and focussed on people’s true needs. 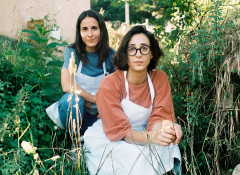 Laura and Andrea form the team of VER AGUAS, a gastronomic project that stems from... 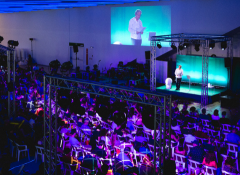 The Design Museum welcomes another edition of... 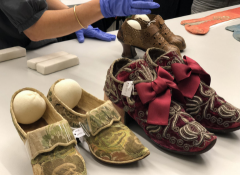 A unique opportunity for enlarging our k...

This Design Museum opens the season with three new courses on... 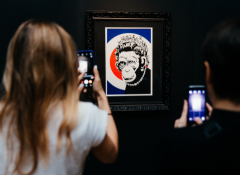 The programme for this autumn at the Disseny Hub charges on! After presenting the three...