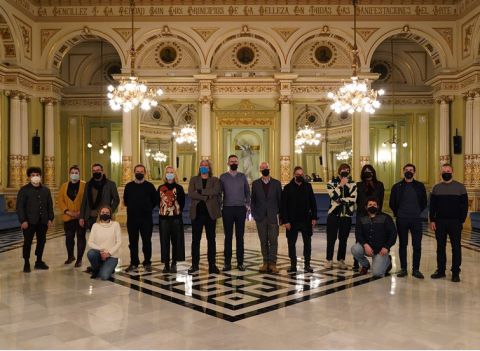 The ‘(Oh!)pera’ project connects creative talent and experimentation with micro-opera

The Liceu, the Barcelona City Council’s Department of Tourism and Creative Industries, the Disseny Hub Barcelona and several of the city’s design schools have presented a project to promote experimentation and learning for the city’s young students of various design disciplines by way of an authentic experience of operatic creation.

The project is (ÒH!)PERA, an initiative that aims to complement training in creative disciplines for young people of the city by way of the creation of four small-format operas, which will be staged in various spaces of the Liceu (Sala Miralls, Teatrí del Conservatori and Foyer) on the 9th and 10th of July 2022.

The Liceu has selected the composers Núria Giménez-Comas, Marc Migó, José Río-Pareja and Fabià Santcovsky to conceive operas of great energy, with some 30 minutes’ duration, that deal with present-day subjects. The works will feature a maximum of six musicians, between singers and instrumentalists, who will collaborate in the project thanks to the support of the Ferrer Salat Foundation – Liceu Conservatory Foundation. Each micro-opera will be produced with professional stage directors like Nao Albet, Alícia Serrat, Marc Chornet and Silvia Delagneau.

BAU, ELISAVA, EINA, LCI and Escola Massana are the schools participating in this project, selected by the Barcelona City Council’s Design Promotion Board. Their participation will be materialised in the creation of the staging of the four micro-operas. Teams will be created from undergraduate and master’s students of the various design disciplines, who will work on aspects like the design of stage space, costumes, lighting and audiovisuals, and a fifth school will design the image, communication and marketing of the project.

(ÒH!)PERA is one of the projects included in the strategies of the Government’s Promotional Measure of Creative Industries, which regards the promotion of talent as one of its priority lines. Apart from this project, other initiatives have been set in motion such as Barcelona Fashion Forward, the Sustainable Challenge and Dissenyem Comerç (We Design Trade). 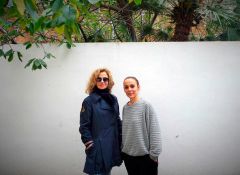 Glòria Morera: “The great success of the...

Poblenou and the district of Sant Martí form one of the par excellence scenarios for creation and creativity. Among the wide variety of... 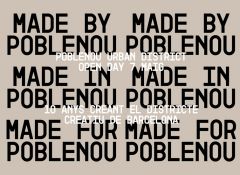 Come and meet the creative community of...

The citizens of Barcelona have a new opportunity to get to know the cultural and creative fabric of Poblenou and its professionals through the... 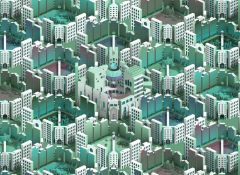 Architecture is Capital for Barcelona

Barcelona adorns itself with architecture during the month of May with a new event: the Model.... 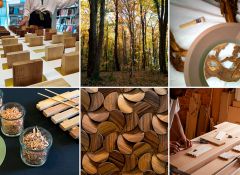 Furniture, wood and forests at the Desig...

The Association for the Study of Furniture, with the collaboration of the Design Museum, presents a new forum-course, "...