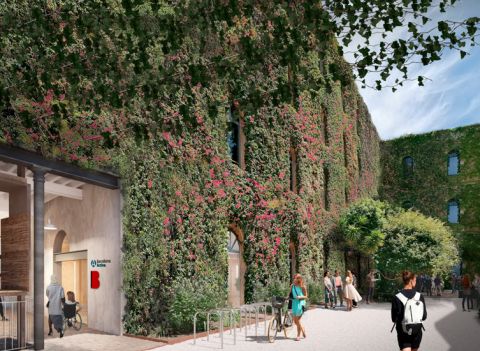 Palo Alto and Can Ricart: two stimuli for the growth of creative industries and talent in the city

In recent years, the Disseny Hub has progressively reaffirmed its position as an epicentre of Barcelona’s creative sector. Now, two new initiatives are being added to strengthen the city’s artistic fabric and consolidate the Sant Martí district as one of its pre-eminent areas of creation, talent and innovation.

On the one hand there is the Palo Alto centre of cultural and artistic creation, a pole of creative industries that will have 2,000 m2 of surface area, with flexible modules to accommodate startups, experimentation laboratories accessible for the creative sector, services with the aid of the most advanced audiovisual technologies and exhibition spaces. The works will begin in April 2022, with completion being planned for December 2023.

And on the other hand, the Arts Campus, a project led by the University of Barcelona to reinforce high-level art education. The Campus will be located in the Can Ricart complex, an old print factory built in 1853 which remained active until the last quarter of the 20th century. In 2015 the City Council, the proprietor of the site, assigned to the UB the use of the main industrial building and a number of ancillary buildings. Once the rehabilitation and adaptation works have been carried out, the Can Ricart Campus will occupy a surface area of 6,800 m2 and will solve the current fragmentation detected in the offering of art teaching. At present there is little variety of high-level qualifications and Master’s level studies accessible to the over 8,000 students of this discipline.

With these two new projects, the Disseny Hub incorporates two key elements of the strategy of impulse and transformation of the creative ecosystem, promoting the growth of the entrepreneurial and creative community of the 22@ district, on the one hand because the new laboratory will incentivise public-private collaboration to stimulate the growth of a sector that now has more than 8,100 companies (11.8% of the total), figures which demonstrate that the creative industries are a key sector for the present and future of the city; and on the other hand, because the Arts Campus will concentrate a large part of the future talents of the artistic sphere of the city and the country as a whole. 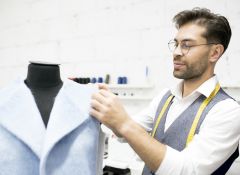 Announcement of the call for entries to...

The Barcelona City Council, through Barcelona Activa and the Disseny Hub Barcelona, ​​has launched the third edition of the ... 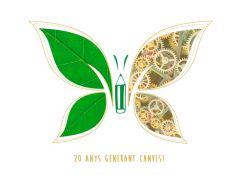 The best ecodesign products of Catalonia...

The month of October saw the presentation of the... 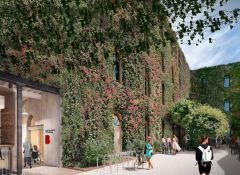 In recent years, the Disseny Hub has progressively reaffirmed its position as an epicentre of Barcelona’s creative sector. Now, two new... 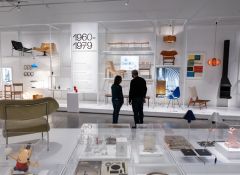 A new look at the Design Museum’s produc...

The Design Museum has inaugurated a new permanent exhibition on product design: ‘...