In the recent time, religion has gained relevance and visibility around the world, and cultural and religious diversity has become evident in our city.

Religious diversity is one of the city's many notable diversities. The phenomenon is not new, but has been gaining visibility and influence over the last few years, insofar as the religious communities belonging to minority faiths have been establishing their positions and improving their capacity for launching activities and initiatives and making themselves noticed in their immediate environment.

So, we have recently seen how religion has been gaining ground and visibility around the world, and cultural and religious diversity is evidence of this in our city. 542 centres of worship belonging to 22 different religious traditions were registered in Barcelona in 2016.

Barcelona City Centre is committed to championing and guaranteeing human rights and is therefore launching a management model for religious diversity, on the one hand, focused on championing the basic right to religious freedom and conscience and, on the other, to laicism, understood as the framework in which all options of conscience, religious or otherwise, can coexist in full equality and with full respect.

Religious diversity. A series of activities to promote spaces of mutual understanding and dialogue between city residents and Barcelona's religious and faith communities and organisations. 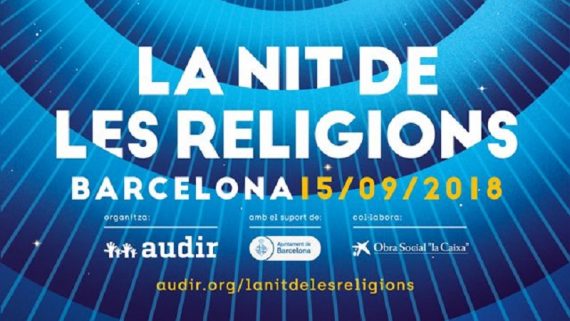 The "Night of Religions" is back; a route that examines the city's religious and cultural diversity

Religious diversity. For the third year running, a series of activities and visits promote meeting points for discussion and better understanding between city residents and Barcelona's religious communities and organisations.