To mark the publication of Los olvidados. Ficción de un proletariado reaccionario (The Forgotten Ones. Fiction of a Reactionary Proletariat), Antonio Gómez Villar, the author of the book, and Valentín Roma will discuss the relationship between cultural struggles and material struggles, the experiences of the loss of class consciousness, the invisible wounds of recognition and the current forms of resentment.

In an era marked by thwarted attempts to transform society, and through a feeling of despair and a sense that the future has been cancelled, numerous discourses are emerging that accuse the left of having abandoned the working class and of neglecting the politicisation of the social issue. Class struggle, economic problems and material concerns have been replaced, these discourses argue, by identity politics and struggles for recognition. The finger is pointed at a complicity between the so-called ‘cultural left’ and neoliberalism. Those excluded from this ‘progressive alliance’ are termed ‘the forgotten ones’, the losers in the globalised world, the marginalised in the de-industrialised America of Detroit, peripheral France, empty Spain and rural Britain.

This essay looks at the reactionary ploy hidden behind these approaches. The ‘forgotten ones’ are presented as an image in which a certain proletarian purity and proof still survives. However, it is a surface on which hate and resentment are inscribed. In opposition to this perceivable conservatism, we need to chart new imaginaries that elucidate the identity-related fragility of our societies after the long journey we have been made to undertake by the working-class defeat of the last century, and follow the hidden threads still to be discovered.

Antonio Gómez Villar lectures in philosophy at the Universitat de Barcelona (UB). His main areas of research are: the ways in which the conceptual field of class recomposition has been redefined taking into account the transformation of subjectivities and the new cultural and political relations; and the analysis of the repertoires of class action from an opposing perspective. 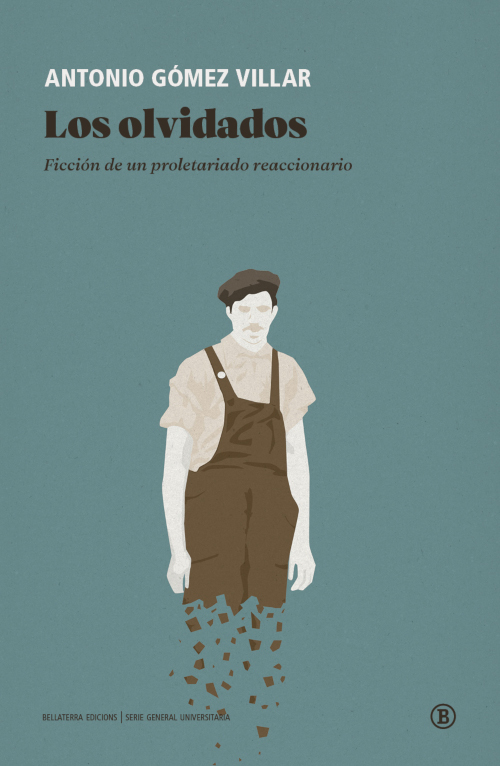 Presentation of the research project and screening of ‘La mano invisible’ film
28.09.2017