On 15 April 2018, Barcelona City Council changed the name of Carrer de l’Almirall Cervera, in Barceloneta, to Carrer de Pepe Rubianes. The official ceremony, held on a stage at Barceloneta beach, was organised by the Commissioner for Memory Programmes and the District of Ciutat Vella. It was presided by Manel Fuentes and Andreu Buenafuente and attended by the actor's family and friends, who fondly remembered the Galician-Catalan actor.

The actor and comedian Pepe Rubianes (Vilagarcía de Arousa, Pontevedra, 1947 - Barcelona, 2009) was one of Barceloneta's most illustrious residents. He was a theatre, film and television actor who specialised in mime and monologues. He had strong ties to Ciutat Vella throughout his life, living in the Gòtic, Raval and Barceloneta neighbourhoods. During the latter years of his life, the actor lived in the street that now bears his name.

When Rubianes moved to the city, he adopted the seagoing spirit typical of its streets and squares, and he was a long-time champion of the Barceloneta neighbourhood. When he died, Barceloneta lost a son, someone who had understood and lived the true spirit of the area. As time went by, more and more people started to call for the street to be renamed after him.

The proposal made by Barcelona City Council’s Street Naming Commission to rename Carrer de l’Almirall Cervera after Pepe Rubianes was approved at the Full Ciutat Vella District Council Meeting on 11 May 2017. 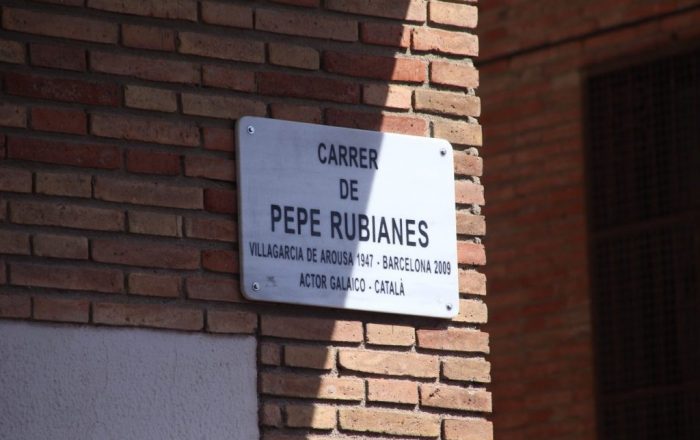