The inauguration of Passatge d’Isabel Vicente, located next to the Escola l’Univers in Carrer de Bailèn, is an example of the District of Gràcia's commitment to naming new locations after women, in order to redress a comparative injustice between genders. Naming the passage after Isabel Vicente was approved on 29 June 2016, having been proposed by Gràcia's Council for Women.

The passage was inaugurated on 12 April 2018, accompanied by a tribute organised by collective-memory organisations. During the ceremony, a brief biography of Isabel Vicente was read out by the historian Fernando Hernández Holgado and by Maria Salvo, her friend and companion in the struggle. Letters from anti-Francoist political prisoners were also read out by the women of the Platform for the Future Monument of the Les Corts Prison.

Isabel Vicente was born in Almansa, in the province of Albacete, on 28 August 1916, but her working-class family moved to Barcelona in search of work, and with the hope of improving their standard of living.

When she was 14, she started work at the Salvador Casacuberta factory (La Sedeta). When the Spanish Civil War broke out in 1936, she joined the Young Unified Socialists of Catalonia (JSUC) and the PSUC. During the war, she continued to work while playing an active role in the work of the rearguard and supporting the front.

With the fall of Catalonia, she fled to France and was sent to the Le Pouliguen and Moisdon-la-Rivière refugee camps in the north-west, where she coincided with various comrades from the JSUC, including Maria Salvo and Soledad Real. At the second camp, she gave birth to her daughter Núria, helped by her companions but without any medical assistance, on 12 September 1939.

On returning to Barcelona, she collaborated with Socors Roig Internacional [International Red Aid]. In February 1940, she was arrested during a massive raid on staff and militants. A total of 51 people were detained, 12 of whom were women. She was tried and sentenced to 12 years of imprisonment in March 1941, and remained in Les Corts prison until 1947.

In the 1960s, she took part in founding the Catalan Association of Former Political Prisoners. In the general election of 15 June 1977, she stood as a candidate for the PSUC in the constituency of Barcelona. She died on 21 March 2000. 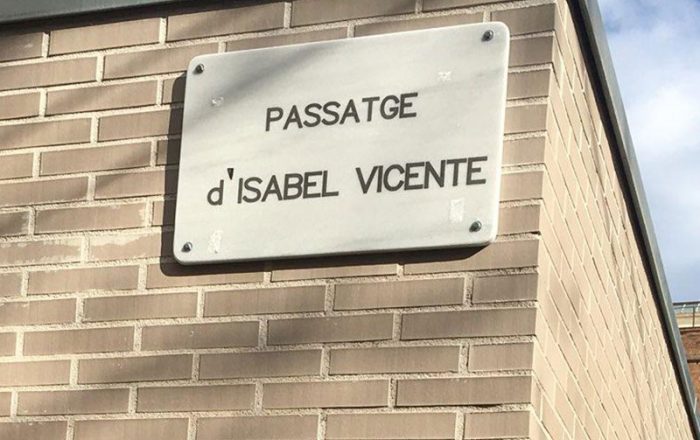