The Night of Broken Glass

Barcelona City Council organises an act of remembrance every 9 November to combat fascism and anti-Semitism and remember the night of 9 and 10 November 1938, when the Nazis launched a wave of terror against the Jews.

Over the course of two days, 90 Jews died and 30,000 were detained and sent to concentration camps. That night the Nazi police (SS) destroyed over 7,000 Jewish shops and businesses, and the streets flowed with blood and glass. For that reason these events were dubbed Kristallnacht, which means ‘Night of Glass’ or ‘Night of Broken Glass’ in German. 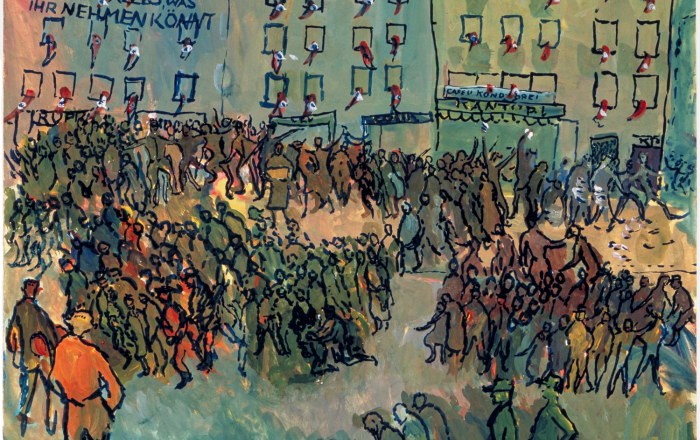