Plaça de Salvador Puig Antich, a square in Roquetes (Nou Barris), was inaugurated three days after the 42nd anniversary of Puig Antich’s execution by garrotte in Barcelona on the orders of the Francoist regime.

A monument created by the architect Nicolás Aparicio and the artist Gerard Cuartero was also unveiled in the square during this tribute. It is an allegory to freedom in the shape of a metal footbridge turned into a balcony over Barcelona, the city where Salvador Puig Antich died. The monument has a plaque on which the dates of his birth and execution can be read, along with the following text: “Víctima de la dictadura del general Franco, executat al garrot vil.” (Victim of General Franco’s dictatorship, executed by garrotte)

Plaça de Salvador Puig Antich was renovated at the start of 2015, after Barcelona City Council had agreed in 2014 to support the Puig Antich family’s call for his trial by military court to be reviewed, the truth to be restored and the death sentence to be revoked. The support took the form of an official statement that also expressed a commitment to renovate the square so that it might be a space in his memory. 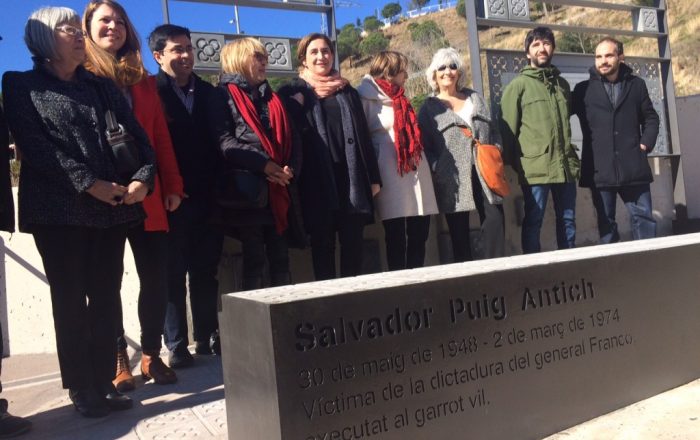