Francesc Ferrer i Guàrdia (Alella, 1859 - Barcelona, 1909) was a teacher, activist and freethinker who jeopardised his life with the ideal human emancipation through education.

Self-taught and influenced by the anti-clericalism of his day, he began his activism in the ranks of republicanism, taking part in the failed rising against the Bourbon restoration in 1886. Its failure led him into exile in Paris, where he began to move closer to a libertarian stance at the same time he came into contact with pedagogical renewal movements.

He returned to Barcelona in 1901 and set up the Modern School at number 56, Carrer de Bailèn, Based on freethinking, secularism, coeducation and rationalism as the way to individual and collective self-determination, it would lay the basis for the subsequent explosion of workers’ circles and education centres (ateneus) and the introduction of what was an innovative pedagogical method in the historical context of the day. This provoked strong opposition from the most conservative sectors of society, especially the Church and the regional bourgeoisie, who saw it as a threat to their social reproduction system.

In 1906, the Modern School librarian carried out a terrorist attack on King Alfonso XIII and Queen Victoria Eugenia. As a result of that, Ferrer i Guàrdia was detained and held at Madrid’s Model prison for a year. He was eventually acquitted but these events forced the closure of the Modern School and he went into exile again, until he returned in 1909 for personal reasons. Once again he was arrested, this time as one of the instigators of what came to be known as Tragic Week, which he took no part in.

Following a trial with lots of irregularities, he was condemned to death and shot on 13 October 1909 at Montjuïc Castle, despite the national and international protests that took place against this crime. 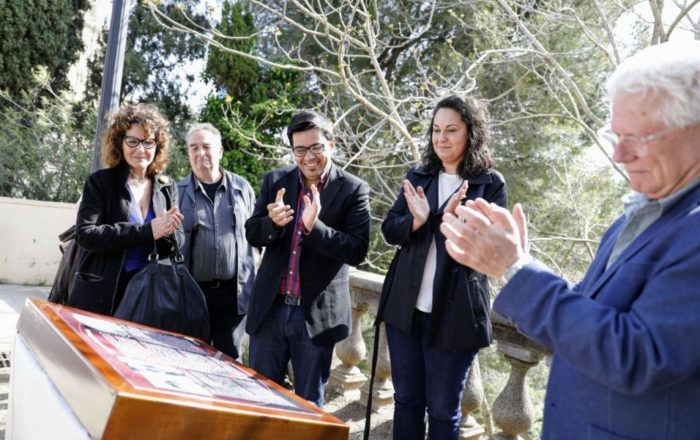