The bombings in Sant Andreu

This fatal bombing caused the death of 10 people, according to the Civil Register of Deaths of the City of Barcelona. During the Civil War, Sant Andreu de Palomar and the Ninth District (today Sant Andreu District) suffered several bombings, like other cities and villages in Catalonia and the Spanish State. 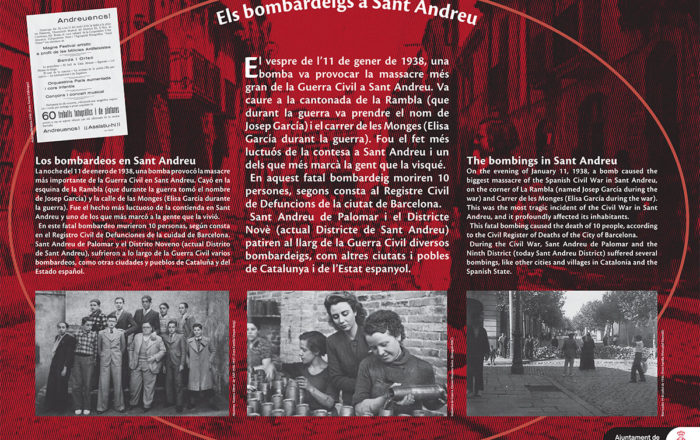