This site at C/ Vallespir 12 was where the Ateneu Racionalista stood, one of numerous social centres in the city. It was here that the Confederació Regional del Treball de Catalunya held its most important congress, popularly known as the Congrés de Sants, from 28 to 30 June 1918, . The closing session of this union congress was held on 1 July at the Centre Autonomista de Dependents del Comerç i la Indústria, located on Rambla de Santa Mònica.

The congress was attended by 153 delegates from 158 workers’ associations (trade unions, local, area and regional federations, study centres, etc.), who between them represented nearly 75,000 members from all over Catalonia. New statutes for the Confederació Regional del Treball de Catalunya were approved at the congress, paving the way for the creation of single-industry trade unions that would replace traditional trade societies and address new forms of capitalist production more effectively.

Salvador Seguí, known as El noi del sucre (the sugar boy), was the main figure behind the new trade union model and was confirmed as Secretary General of the CRT along with other leaders such as Camil Piñón, Salvador Quemades, Salvador Ferrer and Joan Pey. Ángel Pestaña was named as the director of Solidaridad Obrera.

In June 2018, when that important congress for Catalonia’s working class movement will be commemorated, Barcelona City Council wished to mark the spot where the event took place and preserve it in the city’s historical memory. 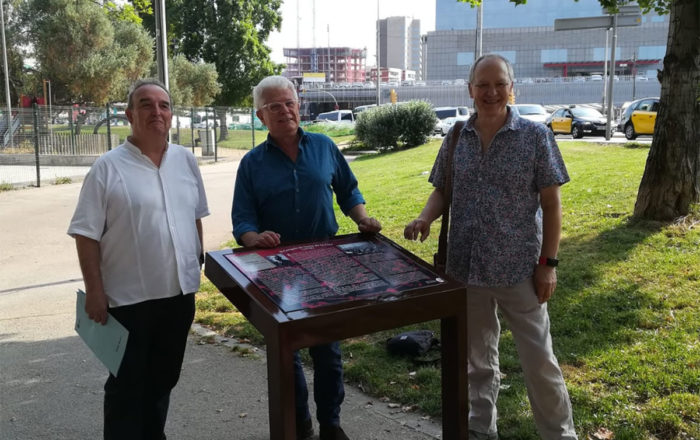