On 26 January 1939, after three years at war in defence of the Second Republic and the Catalan institutions, the city of Barcelona was overrun by troops under General Francisco Franco and his allies from Nazi Germany and Fascist Italy.

Set against a background of systematic, unmitigated repression, the executions by firing squad began on 10 February against the parapet in El Camp de la Bota, a concrete wall similar to a breakwater located just next to the sandy beach. Nowadays, the parapet is submerged beneath the water in the sports marina and the yachts that you can just make out from here.

According to documents taken from summary court-martials, 1,706 people were executed in Barcelona between 1939 and 1952, mostly on this spot in El Camp de la Bota, but also at Montjuïc Castle and in Model Prison. In the latter case, the executions were carried out by garrote, a method of killing by strangulation.

The executions were of men and women who had taken part in unions or social movements, in work, sport, healthcare and cultural cooperatives, in organising and improving public education based on co-education, laicism and the use of Catalan as a vehicular language, in the armed defence of the Republic and the revolution, and in running or managing city councils or the Republican Administration. The last executions carried out at El Camp de la Bota were in 1952, at a time when the Spanish State needed to improve its international image. This operation began with the Eucharistic Congress held that same year and continued with UNESCO’s recognition of the Francoist regime at the end of it. At the same time, all means of repression of freedoms, including murders and executions, continued to occur throughout the dictatorship, with the last state killing taking place on 27 September 1975.

To commemorate the 80th anniversary of the start of these unjust executions, in 2019 Barcelona City Council erected this memorial site, which bears the names of all those executed in the city, in homage to their lifetime of work for equality. A memorial to their actions is an integral part of Barcelona and the country’s democratic memory. We want peace but not indifference. 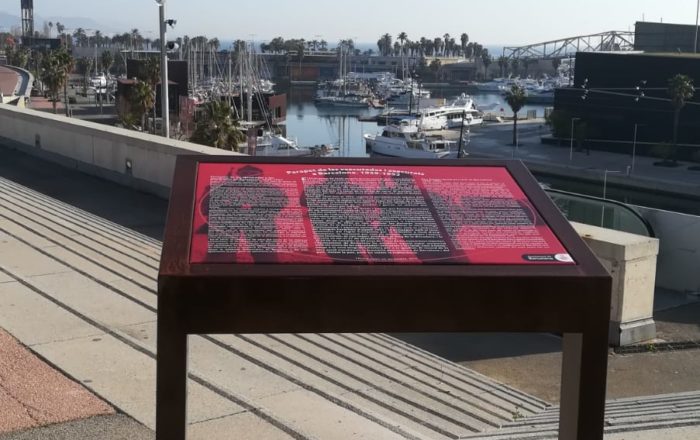