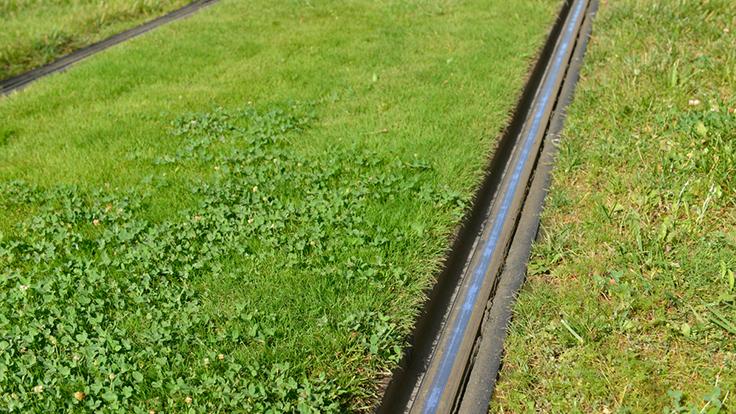 Barcelona City Council has finalised administrative procedures for the two urban development projects that make up the first phase of the work to eventually link the tram systems on Av. Diagonal. The project will now be put out to tender, with the aim of starting work in the autumn of 2021.

These two projects are the redevelopment of Av. Diagonal, between C/ Girona and C/ Los Castillejos, and the development of the urban canopy area, which will involve a restructuring of the current uses of these spaces. It will mean a reduction in private motorised traffic, with more space for pedestrians and cyclists, along with more green areas.

The plan is to carry out the work associated with the provisional link-up of tram services between the lines currently in operation along Av. Diagonal and Gran via de les Corts Catalanes (Besòs side). The development of a section of Av. Meridiana and C/ Alava is also planned, to permit a connection with the T4 tram line.

Remodelling of the urban canopy at Glòries

The development of the entire side of the urban canopy nearest the sea includes the section between C/ Cartagena and C/ Badajoz and will involve the construction of the new transport hub for tram lines T4, T5 and T6, various urban and interurban bus lines and the link with the Glòries station on Metro line 1.

The development of this part of the Besòs section of the canopy is still to be finalised, as the project envisages trams leaving the interchange and heading towards Diagonal Mar and Gran Via Besòs, and linking up with the existing lines. The definitive development will be carried out in conjunction with the project for the semi-covering of Gran Via, which will define the location of the future tram tracks on both Diagonal and Gran Via.

The Full Council meeting of December 2020 approved the collaboration agreement between Barcelona City Council and the Metropolitan Transport Authority (ATM) for the execution of the works and the subsequent operation of the unified tram network.

The first phase of the work to link the existing tram networks concerns the Verdaguer-Glòries section, while the second involves the Francesc Macià - Verdaguer section.