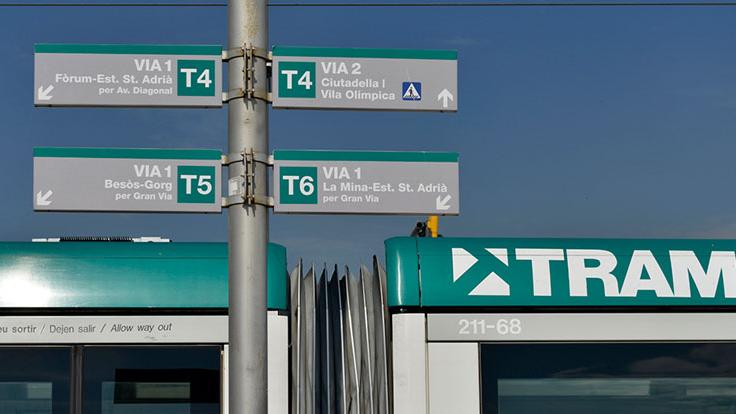 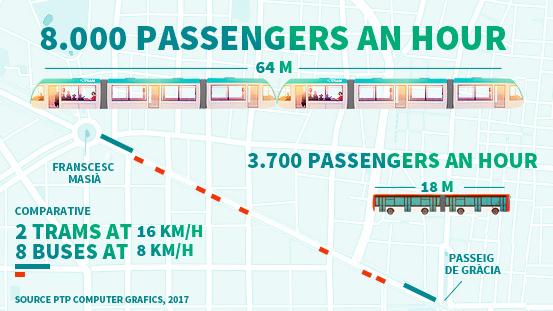 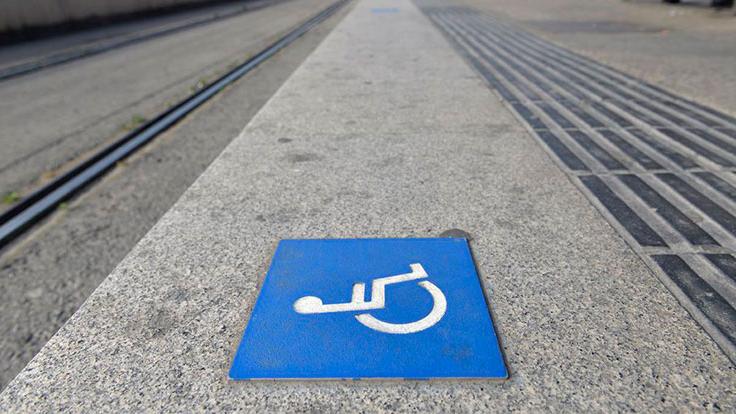 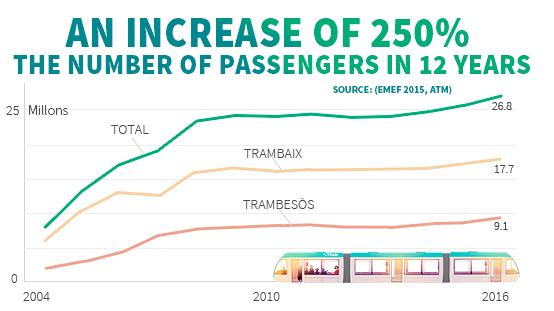 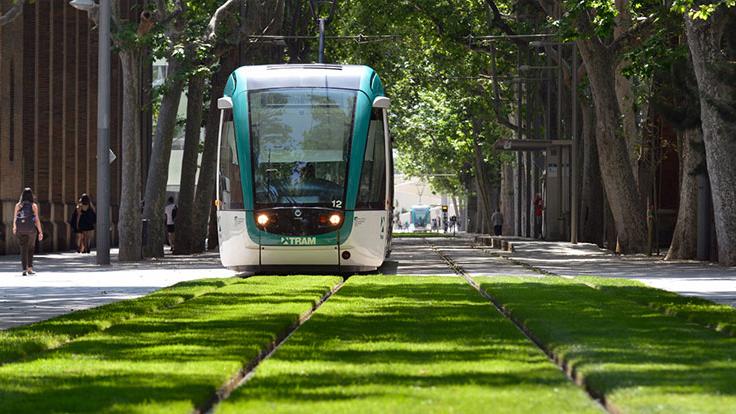 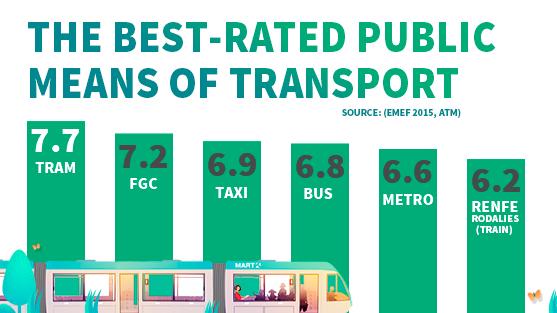 The current tramway network has a total of 6 lines, 41 vehicles, 56 stops and covers 29.22 km, enabling over 26 million journeys a year.

Thirteen years after the return of tramways to Barcelona, we can talk about their success story. First of all, due to the efficient service they provide for thousands of citizens in the municipalities that they cater for. Trams are a key factor in enabling mobility not just in Baix Llobregat but also in Sant Adrià de Besòs and Badalona.

Trambaix lines T1, T2 and T3 transported a total of 17,679,804 passengers in 2016, representing a 4% growth and continuous positive development since 2012. In fact, the frequency of service had to be increased during the afternoon and evening rush hours to meet growing demand. Twenty-three fully accessible, low-entry 6-module trams provide service to 29 stops established along a route of 14.914 km, from Plaça de Francesc Macià to Cornellà, Sant Joan Despí, to Sant Feliu de Llobregat.

Trambesòs, for its part, has 18 vehicles providing service to 27 stops along a 14.318km network, as well as three lines - T4, T5 and T6 - which connect Sant Adrià de Besòs and Badalona to Plaça de les Glòries and the Olympic Village. Having started with more modest transit figures, it has seen considerable growth over the last few years. 2016 saw over 9 million users, following an increase of 8.6%. The development of the 22@ district, as well as the UPC’s new Besòs campus helped to bring about this positive evolution.

Both tramways are highly rated by the public. According to data from the Workday Mobility Survey conducted every year by ATM, metropolitan trams are the method of public transport to receive the highest rating, by a wide margin, and have been scoring even better, since 2015, than private vehicles, something unheard of in an area such as the Barcelona Metropolitan Area. Citizens gave it a score of 7.7 out of 10.

The unification of the tram network, which is due to start in the autumn of 2021, will improve links between various city districts and make it possible to connect Barcelona with the eight surrounding municipalities (Hospitalet de Llobregat, Esplugues de Llobregat, Cornellà de Llobregat, Sant Joan Despí, Sant Just Desvern, Sant Feliu de Llobregat, Sant Adrià de Besòs and Badalona).

Furthermore, linking the two tram networks may double the passenger demand for this means of transport, while the overground tram line along Diagonal could carry a total of 222,000 passengers a day.

The project would therefore reduce overall congestion in the city by 0.4%, and the daily number of vehicles using the central section of Av. Diagonal by 12,500.