In this, the second edition of en O B E R T Incubators, the result of a public call for applications, we present a programme that encompasses the activities of the three incubators currently in residence in the laboratory, Radio Cava-ret, Suversión and Laboratorio Reversible. The programme will run from 31 January to 2 February and is part of the process pursued by each of the communities.

The incubators began their residence in the CLL last September. Each of the communities has followed a path that has produced a public return and this is being presented on the occasion of the en O B E R T programme in La Virreina Centre de la Imatge. The purpose is to communicate and share the learning processes pursued, as well as to expand and replicate the activity which, thus far, has been shown in an incomplete form through calls for applications within the laboratory itself. The activities we present have been conceived and designed by each of the communities in order to share and raise the visibility of their work.

Radio Cava-ret invites you to a Miss B’s Help Show collective action, which will take place as the conclusion of the residency process at the CLL. Listening in Motion came into being as a reflection on action regarding silence and the listening of the body. It is also an attempt at radio broadcasting without words. 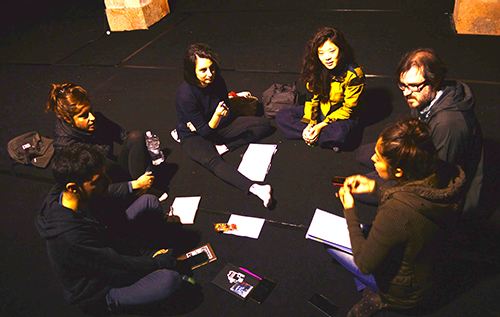 We in Suversión have organised a Colombian experimental film session to bring to a close the seasons of Latin American film held during the residency process in the incubator. This season has been put together in partnership with Visaje, the audio-visual criticism collective from Cali (Colombia), which raises awareness of and reviews independent Latin American film in the online magazine it produces. 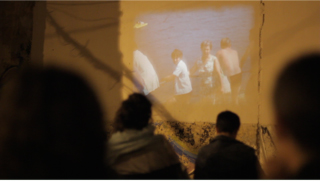 Laboratorio Reversible proposes to reveal the small gems contained in the home movies in the Reversible Memories archive. Private films that show brief moments of happy family life and which, at the same time, bear witness to the shared history of Barcelona in the 1970s, 80s and 90s… a country that was opening up to the world.