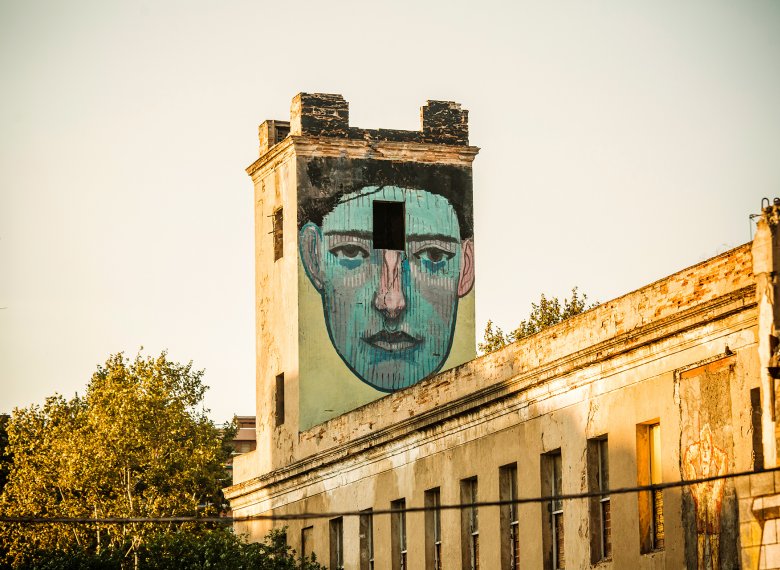 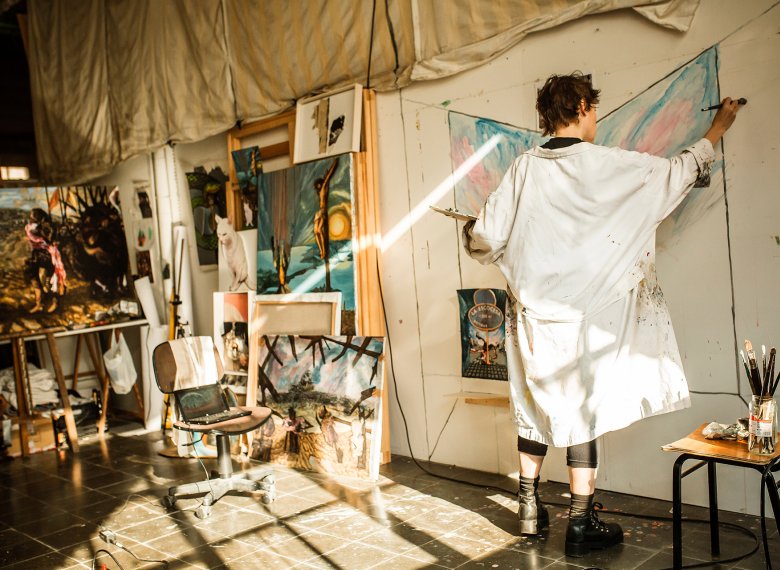 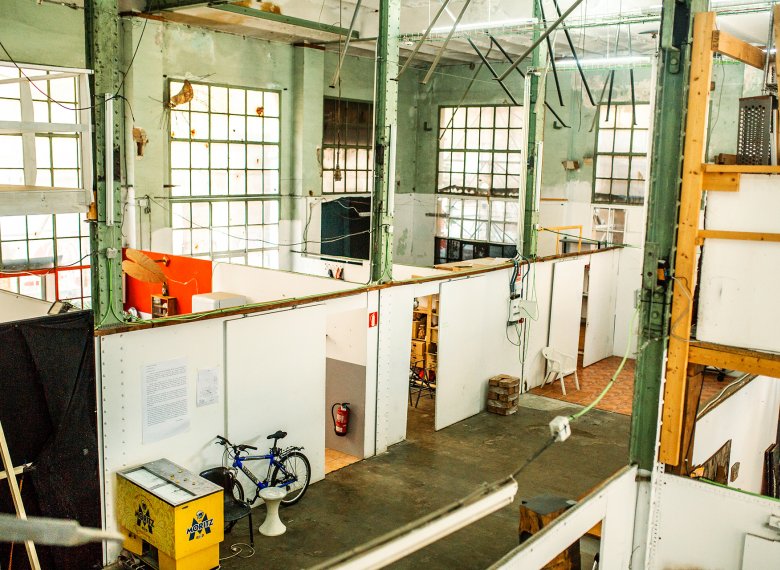 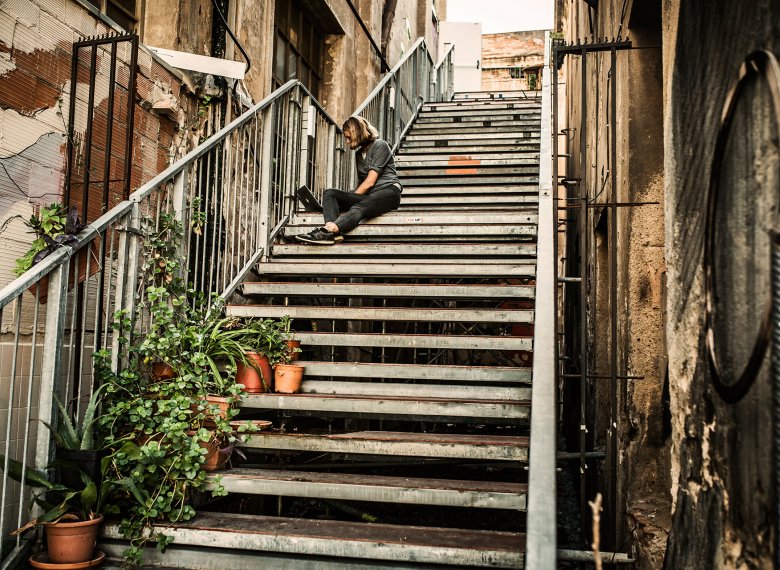 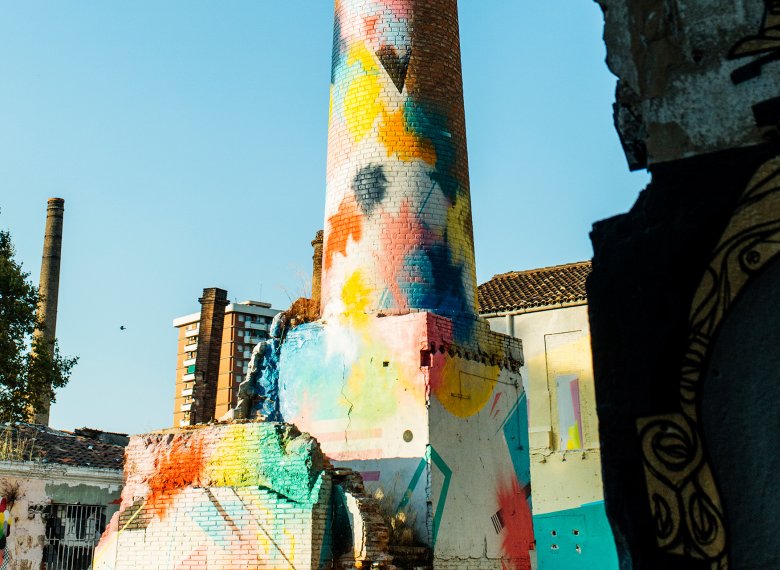 This old Poblenou factory welcomes visual artists for residencies and is known for its creative freedom, reappropriation of analogue technology and development of community projects.

La Escocesa is an open factory for analogue creation which covers the needs of artists throughout the various stages of their processes by providing work spaces and resources for project development. This context of analogue creation involves a return to low-tech as a key element for the reappropriation of creative processes and their organic temporality. The experience at the centre, both individual and collective, takes on an emancipated, democratic and horizontal form. Creative freedom and breaking down the boundaries between disciplines is associated with the use of factory machinery that retains the imperfections of non-digital treatment.

To provide the artistic community with work spaces for research, experimentation and the development of artistic practices.

To promote a collective experience that bonds creative agents with the space, thereby transforming the centre into a space where ideas and creative processes flow freely between residents and users.

To turn La Escocesa into a centre for artistic experimentation that the city’s artistic and cultural community will find appealing.

To provide a work environment that encourages analogue self-production using low-tech as an essential part of the reappropriation of creative processes.

To promote training among the residents of the centre and the broader artistic and cultural community of the city.

To promote the growth and visibility of La Escocesa artists through group shows in exhibition spaces across the city.

To develop a residency exchange programme with international entities and artists to diversify the network of contacts and resources for creators.

To work within the context of the Poblenou neighbourhood and the city of Barcelona in general.

Workshop for working with materials

La Escocesa is a reclaimed and reopened factory that was put back to work by a group of artists who, in the 90s, decided to reinterpret the use of the factory and question some of its alienating governing principles. Today, it is a centre of creation that places importance on materials and manual processes with special emphasis on asserting freedom and creativity by inverting those processes which, since the Industrial Revolution, have put production output and rates at the service of machines.

La Escocesa is a prime example of Poblenou’s industrial past and first began operating in the mid-nineteenth century. In 1984, due to the textile sector crisis, Johnston, Shields & Cia. ceased its industrial operations; Lace Bobinet S.A. was created by the factory’s workers and continued to operate until 1998. In 2008, two factories from the industrial complex became publicly owned, and it was then that the Associació d’Idees EMA—made up of resident artists—began collaborating with the Institut de Cultura and La Escocesa was added to the network of Art Factories. 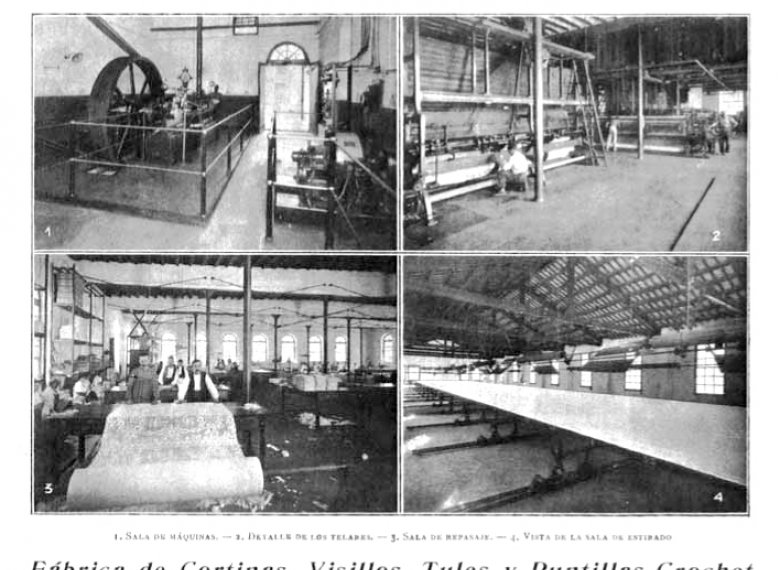 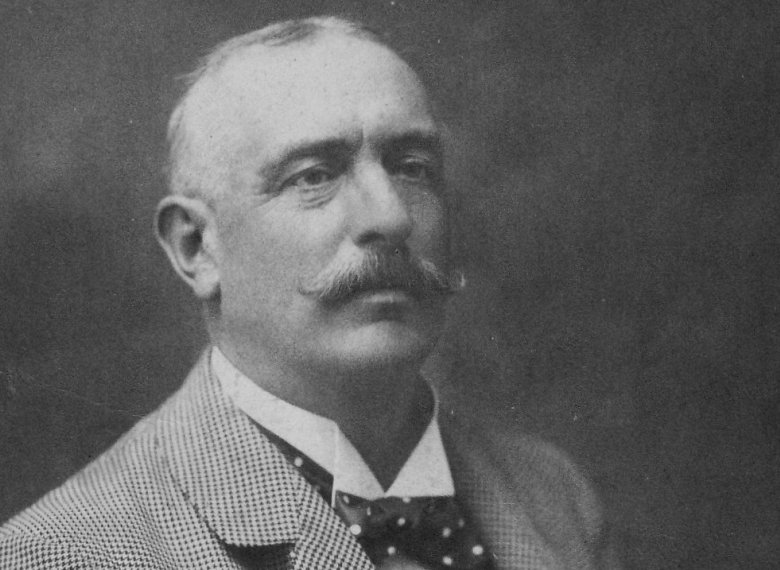 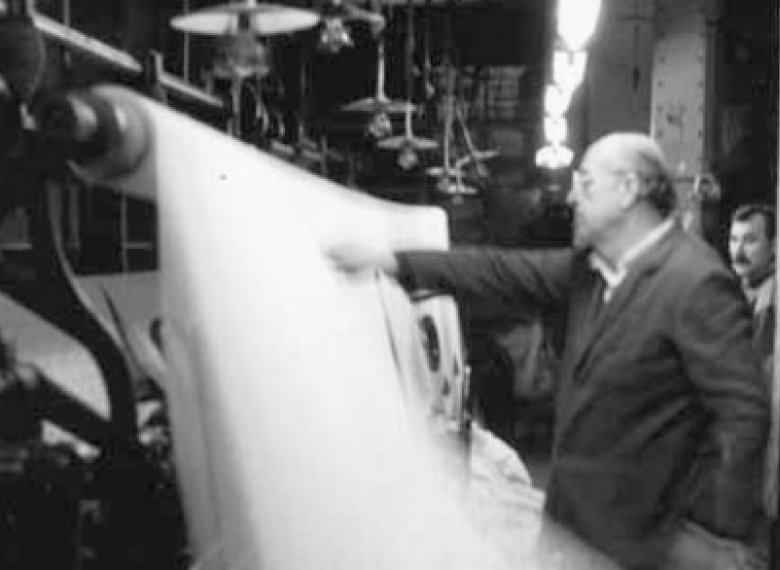