The Public Space of Photography. Essays and Interviews

This volume compiles a selection of writings from 2001 until today drawn together primarily from Jorge Ribalta’s activity as an exhibition curator. New screen-based media, the Internet and virtuality, all features of digital culture, lead to discourses on post-photography, post-documentary or post-truth that contradict the communicative rationality and forms of public discourse that have dominated the visual culture of the 2oth century. With the 21st century underway, the author defends the idea that exhibition space persists as a sort of primordial modern public sphere, invariably linked to the bodily experience of social life and the human condition itself. 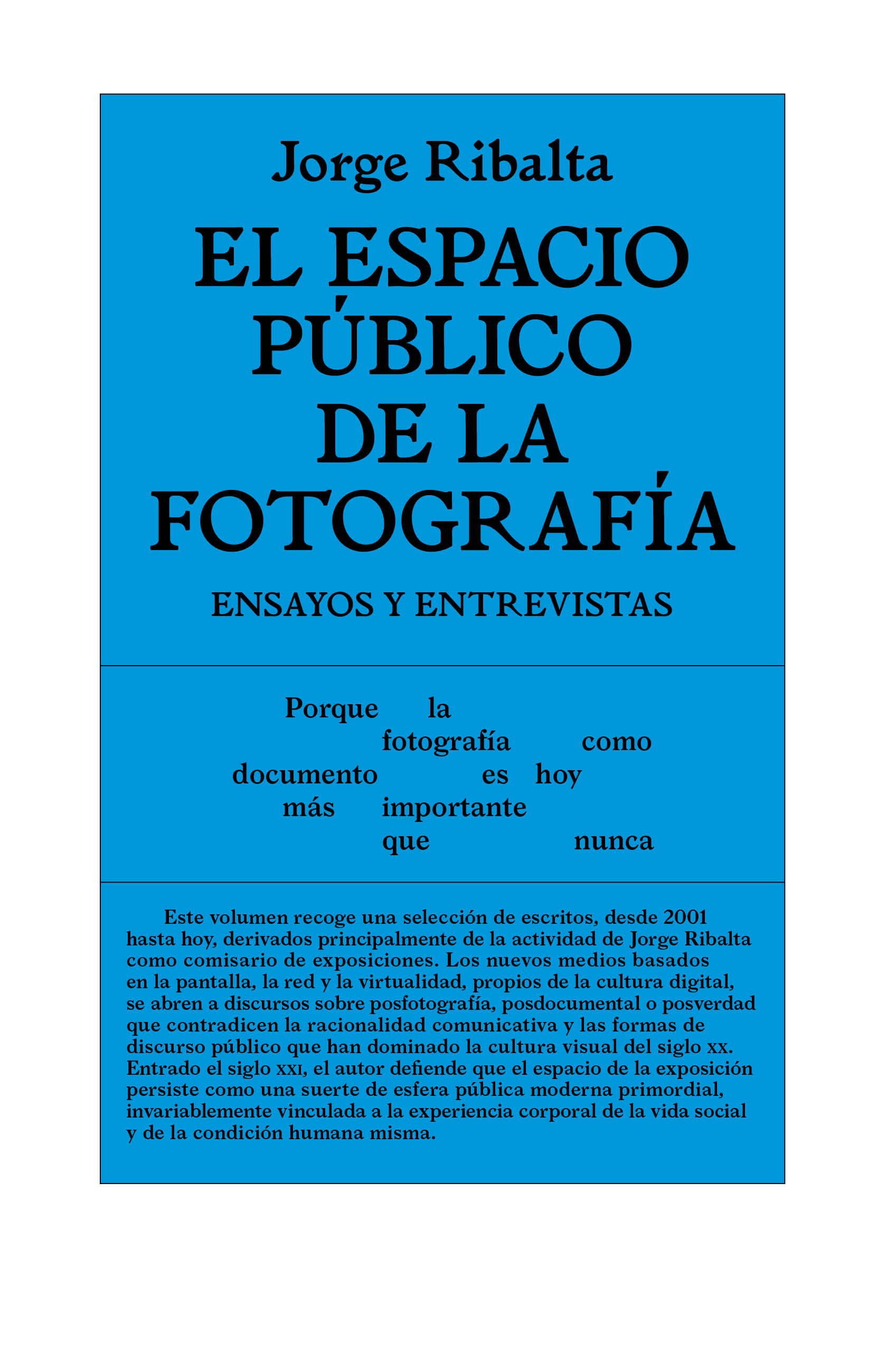 Resources
Presentation of ‘The Public Space of Photography. Essays and Interviews book’