In 2000, the 22@ Plan was approved and established the guidelines to transform 200 hectares of industrial land in the Sant Martí district into a hub of economic activity integrated into neighbourhoods with a balanced mix of uses.

After more than 15 years of development, the need to respond to the new urban, social and economic challenges became evident. Thus, in 2017 the City Council began a participatory reflection with all the agents of the territory with the aim of drawing up a shared roadmap that could guide the future transformation of Poblenou. More than 1,000 people from different entities and sectors participated in the “Let’s rethink the 22@” process.

As a result of this reflection, in 2018 the document of the pact "Towards a Poblenou with a more inclusive and sustainable 22@" was signed by agents of the quadruple helix: citizens, the economic sector, universities and public administrations. A year later, that agreement allowed the development of the criteria document that established the bases of the MpPGM for a more inclusive and sustainable 22@, which is currently in the initial approval phase.

The urban proposal for the 22@ area is the development of an Urban Regeneration strategy that aims to consolidate existing fabrics and uses with great social, identity and business value, but also the transformation of some areas to achieve a mixed city of environmental quality. 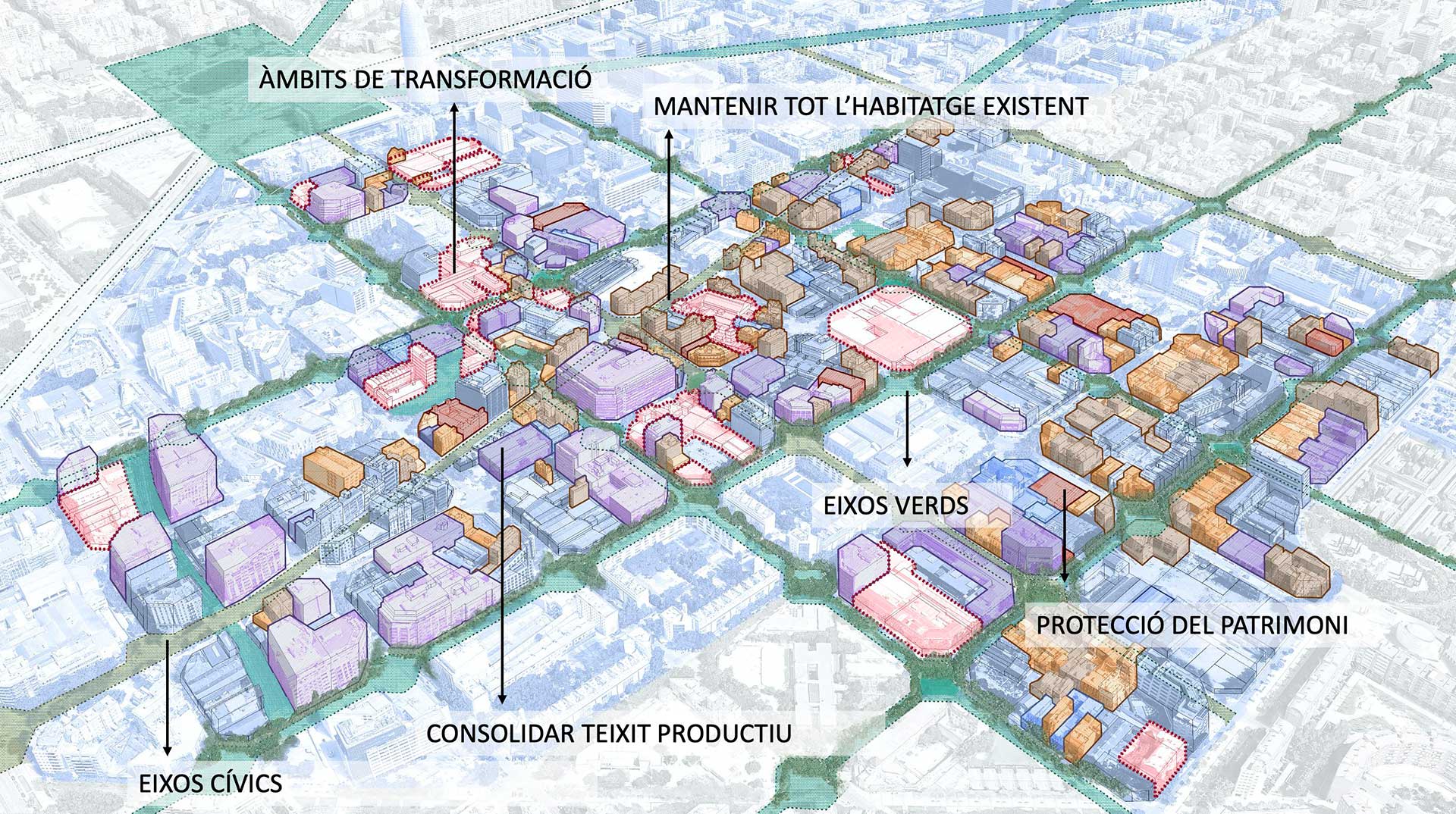 Principles of the inclusive and sustainable proposal:

The 22@ Office is the open and accessible space for citizen and business services to facilitate knowledge of the urban regeneration process and support for the economic development of the area.

You can consult the urban situation of any area of the city of Barcelona in the following link.

For any questions you can visit the page of the Department of Information and Urban Documentation and make an appointment.

You can consult the file with the initially approved document, as well as the rest of the documentation associated with this MpPGM in the Urban Information Portal.

Consult the plan in the Urban Information Portal

The proposal document was initially approved by the Ecology, Urbanism, Infrastructure and Mobility Commission, on September 30.

The allegations period was open until December 7. At the end of this period, it will be necessary to resolve them in order to face the provisional approval.

Once the initial approval stage has been passed, the document must be ratified by the Ecology, Urbanism, Infrastructure and Mobility Commission, and debated and approved at the next plenary session of the Municipal Council.

Once the document is approved by the plenary session of the Municipal Council, it must also be approved by the Urban Planning Subcommittee for the city of Barcelona so that it can be enacted.

The participatory process: Let's rethink the 22@

After 17 years of the approval of the 22@ planning in the Poblenou neighbourhood, the City Council decided to initiate the citizen participatory process that would allow to jointly rethink the strategy to face of the social, economic and urban challenges of Poblenou and 22@.

The goal of the process was to express the strategic proposal to establish the measures for the modification of the General Metropolitan Plan, the boost of economic activity and the boost of municipal programs and services to be developed in the spaces of public ownership.

The 22@ Expanded Commission, made up of neighbourhood, social and economic agents in the territory, is the body that monitors the process and its results. 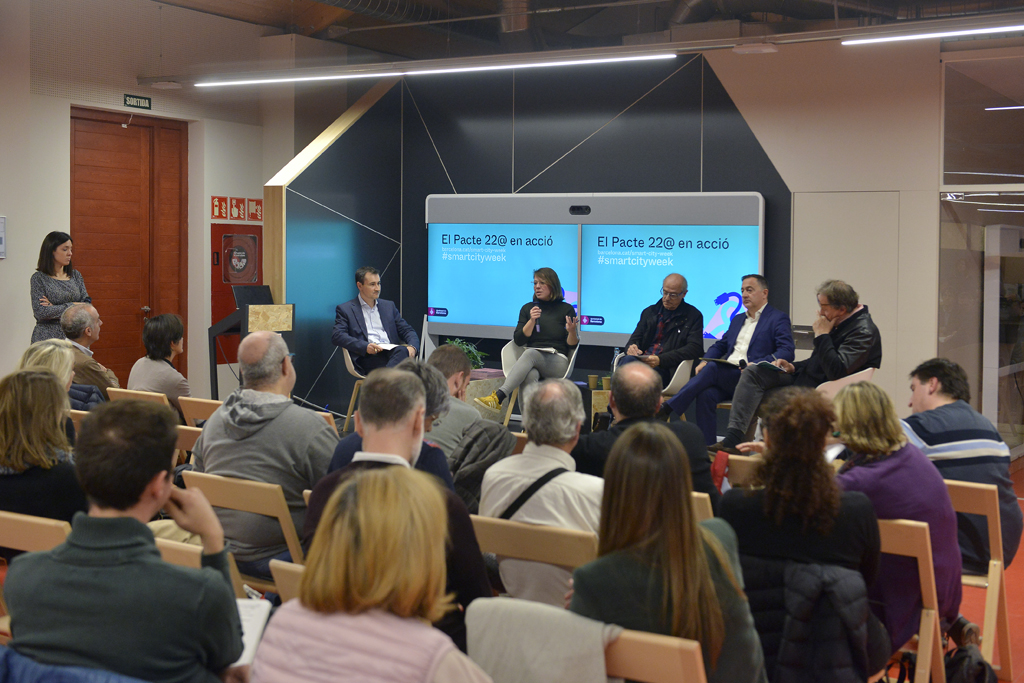