The Art Factories project responds to the need for work spaces and places for artists to meet with other creators. This is how former industrial buildings became venues for the cultural life and artistic heart of the city.

Barcelona has always displayed a limitless capacity to generate ideas, curiosity and innovation, and it has done so through the critical and creative participation of its citizens. The cultural richness and vivacity of Barcelona has led to the emergence of artists of all kinds throughout the years. Many of these creators have emerged from initiatives and collectives that became key parts of understanding the creation of the Art Factories programme.

Until the last decade of the 20th century, the cultural activity of the city was predominantly handled by private initiatives or associations. However, due to a distinct vocation for public service, they began to propagate activities within their areas and collaborate with other entities. These experiences evolved from rehearsal spaces, workshops and studios into meeting points and spaces of exchange and experimentation for artists, creators and the general public. Eventually, these projects began to become repositories for a variety of proposals that quickly became artistic spaces of note within the city. 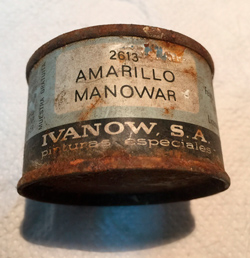 By the late 90s, the lack of space and resources was becoming a problem for some of these centres, so they began to move their activities to other buildings. The alternative was the old factory complexes that had once driven the industrial and association-led past of the city which were now at risk of decline. Once renovated, these large spaces provided the perfect conditions by offering sufficient space and freedom for artistic creation initiatives. This was the beginning of what would later inspire the municipal Art Factories programme.

In 2007, faced with the demands of artist collectives for suitably equipped spaces, the Barcelona City Council formulated the first government measure related to the Art Factories. From that point onwards, the Institut de Cultura worked to build a network of publicly-owned facilities. This network has been created partly through the incorporation of spaces that were already on a consolidated trajectory thanks to the promotion of the city’s artistic collectives, and partly by opening new facilities run by entities from various artistic fields. 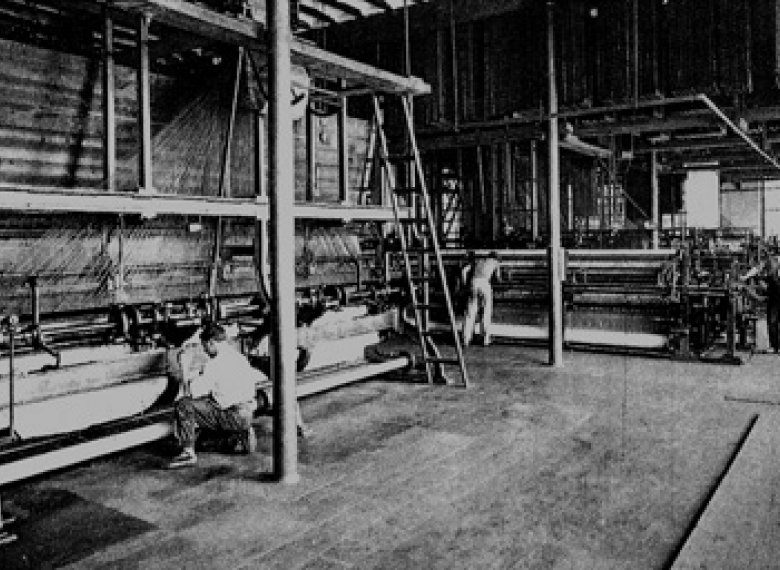 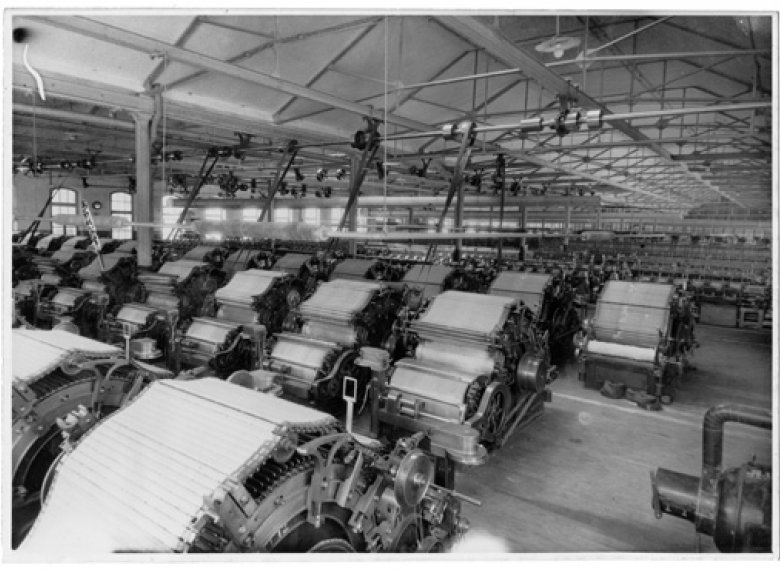 Above, an image of the industrial past of La Escocesa. On the left, a paint pot from Ivanow paint. Below, the machinery at Fabra i Coats when it was a textile factory.

To guarantee the functioning of this large cultural and artistic mechanism, the Barcelona City Council developed the project that is now known as Art Factories. Through this initiative, the public administration has become responsible for large centres that have become renowned for their importance to the city’s creative and artistic scene. And, as a result, has committed to responding to the demands of a mature city with a dynamic, modern and democratic cultural model.

Ateneu Popular de Nou Barris was created as a result of the occupation of an asphalt factory between Roquetes and Trinitat nova by the locals. 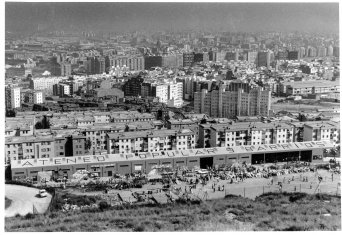 The creation of Sala Beckett in the Gràcia neighbourhood by the Teatro Fronterizo collective. 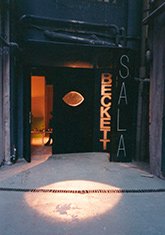 The creation of Teatre Tantarantana, which took its name from the street it was located on in the El Born neighbourhood. 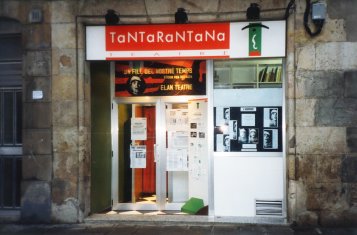 La Caldera was created in the Gràcia neighbourhood as part of an initiative by a group of artists who were looking for a space to create and develop their dance and performing arts projects. 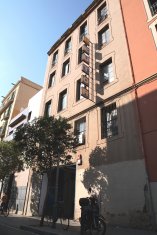 Teatre Tantarantana moves to the Raval neighbourhood, which was once home to an old umbrella factory, among other things. 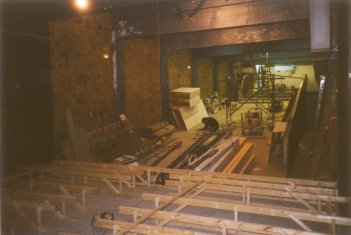 Nau Ivanow was created in the factory complex built for the production of the paints manufactured by Pintures Ivanow, which was later used by various companies from the textile sector. It was at this time that it began its transformation into a cultural centre. 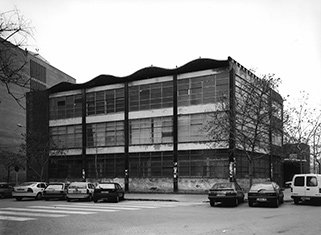 The Catalonia Association of Visual Artists (AAVC) opens Hangar in an old textile factory owned by the Marquès de Santa Isabel in the Poblenou neighbourhood, and begins work on the creation of a resource centre for artistic production. 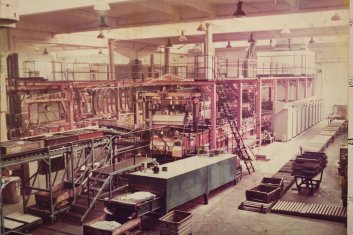 Espai Escènic Joan Brossa opens its doors in a small venue on Allada Vermell street, from where it promotes the representation of many works by Brossa and other authors whose work relates to his ethics and aesthetics 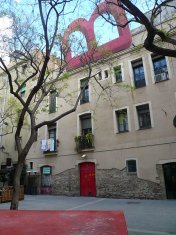 The old La Escocesa factory, which from its construction in 1852 was devoted to the manufacture of chemical products for the textile industry, becomes a space for creation and a meeting point for artists. 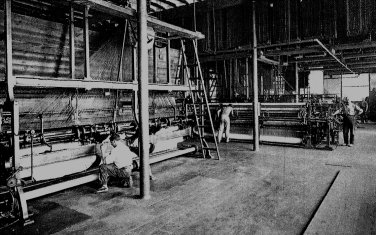 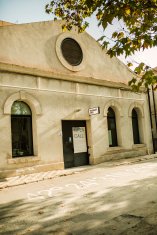 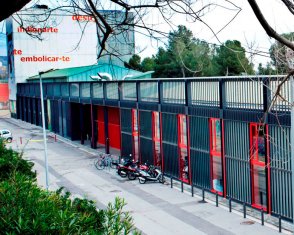 Catalonia’s Association of Circus Professionals promoted the launch of La Central del Circ which was housed in a marquee in Fòrum.

The Barcelona City Council transfers the management of La Escocesa to the Associació d’Idees collective and it becomes a new factory within the municipal programme. 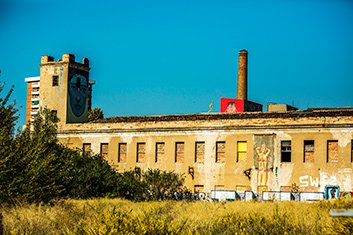 Fabra i Coats is established in the industrial complex of the same name—which had been a thread and textile factory since the 19th century—and becomes part of the Art Factories project. 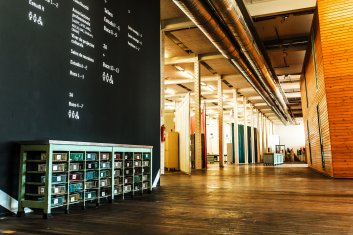 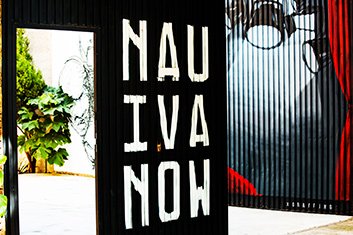 La Central del Circ moves out of the marquee and into its current facilities in Parc del Fòrum.

El Graner is established in the old branch of the Dutch light bulb manufacturer Philips in the neighbourhood of La Marina. 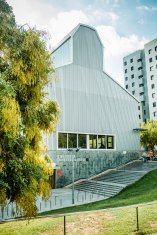 La Seca-Espai Brossa opens in what was once the Royal Mint of the Crown of Aragon and joins the Art Factories network. 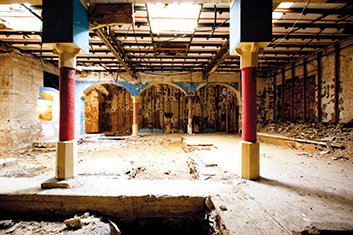 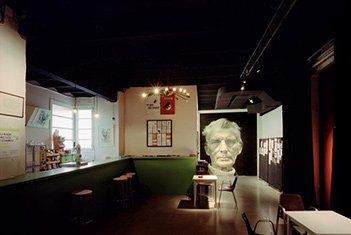 La Caldera joins the Art Factories project and moves from the Les Corts neighbourhood to the old Renoir Les Corts cinema, the former home of the Fiat Hispania S.A. car factory, which operated until 1979. 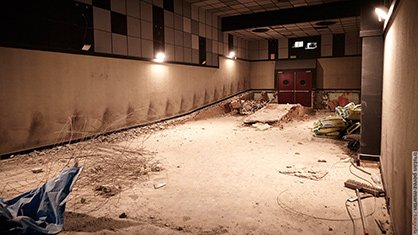 Sala Beckett moves to Poblenou, to the old branch of the workers’ cooperative Pau i Justícia. 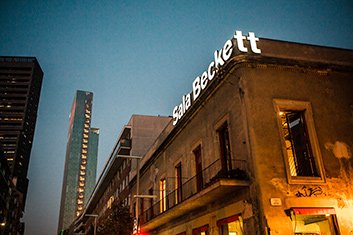 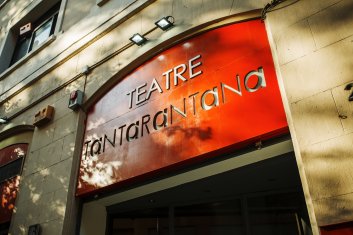 The Barcelona City council, with collaboration from the various Art Factories that comprise the network, draft a new government measure.