Skip to main content
A talk by Griselda Pollock

A talk by Griselda Pollock

An encounter in virtual feminist cartography

Archipelago is a maritime map created in 2017 as a result of collective reading, debate and conversation about the book Encounters in the Virtual Feminist Museum by the visual theorist and art historian Griselda Pollock (South Africa, 1949). Five years later, on the occasion of the inauguration of the exhibition Routes of Desire: Navigation Chart for the Archipelago, we invite Pollock to draw connections between her critical thinking and this project of recovery, recontextualization and homage to films made by women.

One of the starting points of Pollock’s work is the question posed by her contemporary Linda Nochlin in 1971: Why haven’t there been great women artists? Over the course of more than forty years of writing, Pollock has created a theoretical corpus that seeks to denature the feminine by investigating the ways in which works by women have been marginalized from the canon. As a strategy of resistance, she proposes the creation of a virtual feminist museum as a laboratory that shuns the rigid rules of museums, relocating works of art by placing them in dialogue beyond the limitations of discipline and format. It is a museum based on the idea of a counter-archive that reveals the politics of intervals between documents, of fissures, of the interstices between present and past. Pollock’s critical texts are not intended to be cosmetic but rather to challenge the foundations of art history.

With an extensive and successful career as a cultural analyst and feminist historian, Griselda Pollock (1949) has taught at the universities of Reading and Manchester and is currently at the University of Leeds, where she is teaching Social History and Art Criticism and is the director of the Centre for Cultural Analysis, Theory and History. She has published several fundamental and influential works. Her studies have proposed the formulation of a historiographical methodology that incorporates the recovery of the history of women in an organic and articulated way, analysing the social construction of sexual difference. In her own words: “Feminist interventions demand recognition of gender power relations, making visible the mechanisms of male power, the social construction of sexual difference and the role of cultural representations in that construction." (Vision and Difference: Femininity, Feminism and the Histories of Art, Routledge Classics, 1988). Pollock is a member of the Royal Belgian Film and Arts Academy and in 2020 she received the Holberg Award from the Norwegian government in recognition of the outstanding quality of her academic work. Her last book was published in Spain was Encuentros en el museo feminista virtual (Càtedra, 2010). 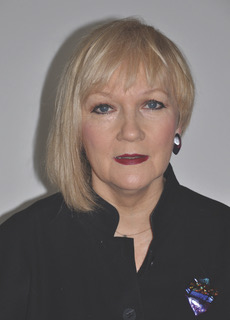 Resources
A talk by Griselda Pollock

A chart for navigating through Arxipèlag
24.05.2022 – 27.11.2022
‘Here many representations and images jostle in an expand-ed archive across time and space, prompting other resonances and opening out unexpected pathways through an archive of the image in time and space.’
—Griselda Pollock