Vicens Vacca and Manel Clot were born in Granollers. They started to work together in the 1980s. Between 1999 and 2003, they joined artistic forces under the name around. In the words of Vacca: “In 1999, Alicia Murría asked me to hold an exhibition at the Marcelino Botín Foundation, and I replied by asking her if I could do it alongside Manel Clot. She accepted my proposal and this marked the birth of around, which lasted until 2003. Working with Manel was easy and difficult at the same time. Sometimes our work would be filmed, whereas at other times it seemed impossible to do so. In that supercharged period, the method was that there was no method; ideas emerged in the midst of conversations “around” all sorts of topics, and then order needed to be established until the piece came to life. We managed to make four sound installations, which were exhibited in various places around Spain” (Film: Sound reproduction equipment, five loudspeakers, wood, acetate, needles. Marcelino Botín Foundation, Santander, 2000 and Periferias, Huesca, 2000; Welthauch: Sound reproduction equipment, four loudspeakers, wire. “La Caixa” Cultural Centre, Barcelona, 2001; Hypnotic (Letters): Sound reproduction equipment, one loudspeaker, wire, graphite. Estrany-de la Mota Gallery, Barcelona, 2003; Neither: Sound reproduction equipment, two loudspeakers. Casa Soler i Palet, Terrassa (Barcelona), 2003. “Then, one fine day, it all came to an end; just as it had begun: intuitively. FOREVER”.

After Clot’s death, Vacca decided to make SOMNIVM: a sound project accompanied with the few images that could be recorded in the critic’s study, just days after his death. The majority of sounds that appear on the soundtrack are taken from the around archives. 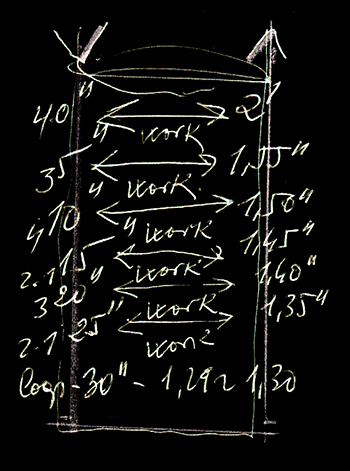 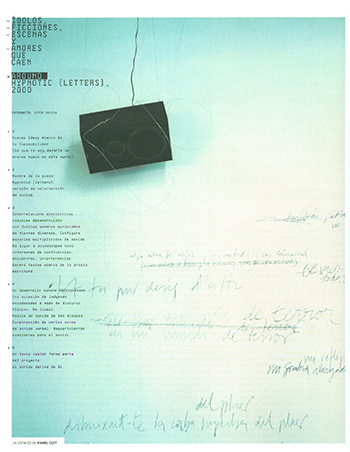