An act in honour and recognition of Enric Pubill was held in the old Model prison at 6:30 p.m. on Wednesday 25 October, for his tireless struggle against Francoism. The actress Maria Rodríguez Sandía offered a dramatised reading of prisoners’ letters entitled “Defensa’m, perque és mentida” (Defend me, because it’s a lie).

Enric Pubill (28/12/1930 - 29/03/2017), a political prisoner under Francoism (1949-1958), was a member of the Joventuts Socialistes Unificades de Catalunya (JSUC) and the Partit Socialista Unificat de Catalunya (PSUC). From 2003 he was the president of ACEP, in which he had been involved from the outset, during the transition to democracy. He was the Association’s founder and driving spirit, working to bring together those who, like him, had suffered political imprisonment in order to guarantee their social and economic rights. For many years ACEP worked to transmit the memory of the resistance during the early Francoist period, promoting projects to document the prisons. 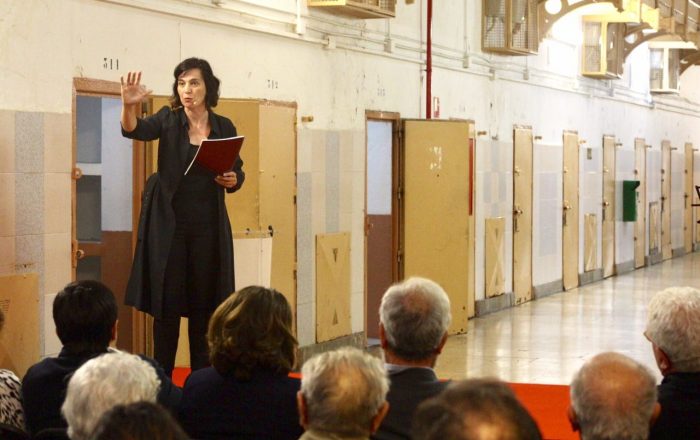