On 20 September 1977, set against the turmoil of social, political and cultural struggles during the transition from dictatorship to democracy, and a background of government tolerance towards vigilante and para-fascist groups harassing the country’s forces of democratisation, the armed fascist organisation, Alianza Apostòlica Anticomunista, better known as Triple A, carried out its threats against the satirical magazine El Papus (1973-1986) by sending a parcel bomb which killed the concierge in the building at Carrer dels Tallers, nº 77, as he was delivering the package to the magazine's editorial section. Seventeen people were seriously injured in the attack. Its legacy, silence from the country’s institutions and impunity for the terrorists, was in stark contrast to the spontaneous outburst of public solidarity and a press mobilised to champion freedom of expression. With 2017 marking the 40th anniversary of that attack, Barcelona City Council wanted to highlight this site for public memory. 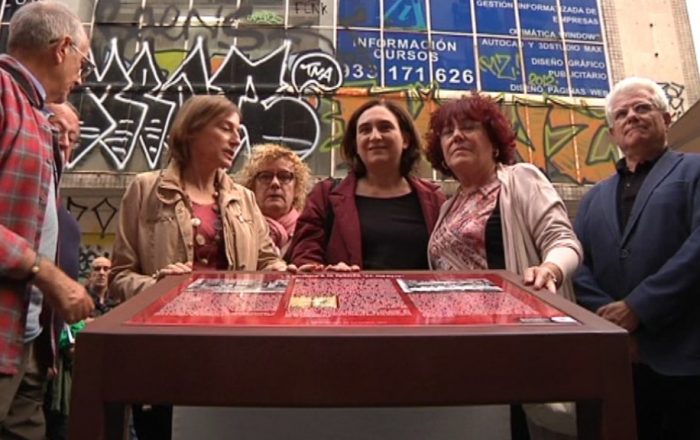