It all began with a fight against an urban-development plan

This association was set up by Manuel Vital, Cirilo Poblador, Carmen Riaño, Maria Ángeles Rivas and Ignasi Catalán, among others, to fight the Partial Plan approved by the City Council, which was another urban planning attack on the affected neighbourhoods in the north of Sant Andreu.

Ignasi Catalán, after counting them, gave the first handout produced in December 1971 the name “9 BARRIOS”, the name by which the association came to be known.

The new district was approved on 18 January 1984 and given the name Nou Barris in recognition of the numerous struggles led by this residents’ association, which was key to transforming and improving this sector. 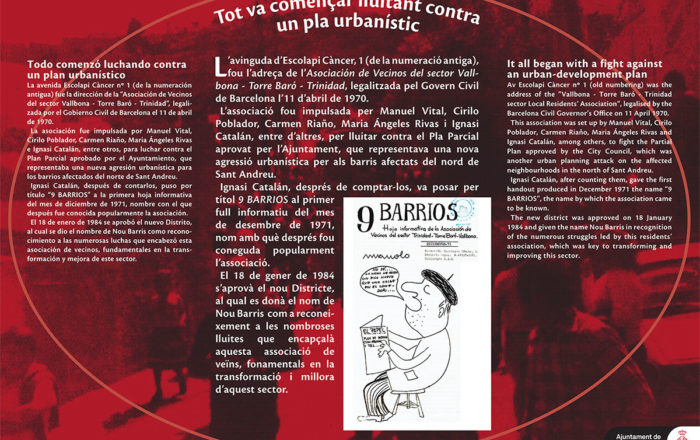