On 6th April 1993 the Mayors of Kobe and Barcelona signed the twinning agreement between both cities.  Beforehand, in 1991, the two cities had already expressed the will to become twinned with the signature of a Letter of Intent.

The twinning agreement establishes a programme of cultural, educational, economic and technological exchanges, so as to increase the understanding and knowledge of common interests.

Within the framework of this agreement, business visits have been organised from Barcelona to Kobe and vice-versa, as well as school and sports exchanges.  In 1995, Barcelona collaborated in reducing the effects of the earthquake that affected the Japanese city by sending humanitarian aid.

In 2003, the 10th anniversary was celebrated of the signing of the agreement with a declaration in which the commitment of the two cities was reaffirmed to provide a new boost to the twinning agreement.

In 2013, the 20th anniversary of the twinning agreement was celebrated.  Within this framework, Barcelona participated in the international five-a-side football tournament organised in Kobe in May.  Currently the Catalan Federation of Five-a-side football is in contact regarding possible joint actions with the Hyogo Football Association of Kobe.

Reciprocal photographic exhibitions have also been organised in the two cities.  In Barcelona an exhibition was held about Kobe between the 30th January and 6th February in the courtyard of the City Hall. On the occasion of this exhibition, a delegation of representatives from the City Council of Kobe visited Barcelona and a declaration was signed between both cities with the aim of revising the fields of collaboration and strengthening our relations.

In November 2018, the 25th anniversary of the twinning between the two cities was celebrated with various activities in Barcelona, with the participation of a Kobe delegation headed by its vice mayor, Hideyuki Terasaka. A collaboration agreement between both cities was signed in the fields of promoting open government, economic, gastronomic, university, research and sports exchanges. The anniversary coincided with the 150th anniversary of the establishment of diplomatic relations between Spain and Japan. 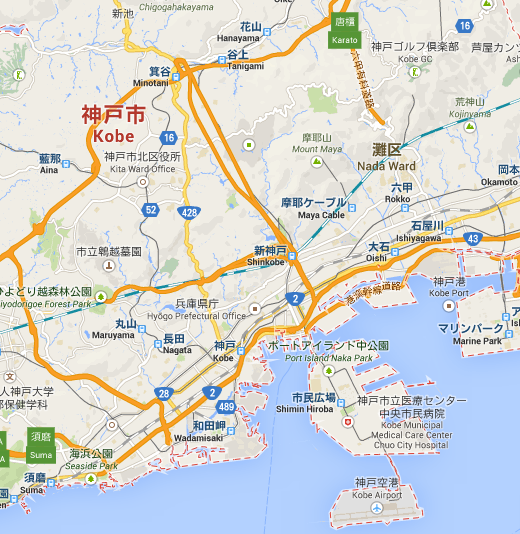