On 4th November 2000 the twinning protocol between Barcelona and the Canton of Sarajevo was signed in Sarajevo.

The signing of this protocol represents the resuming of relations that began in 1992, in which the citizenship of Barcelona mobilised itself so that its solidarity and human aid reached the Bosnian capital, the victim of the siege imposed by the war of the Balkans.

Once the war had finished,  in 1994, Barcelona and Sarajevo signed their first collaboration agreement, so as to start the reconstruction of the city.

Two years later, in September 1996, a new agreement was signed in which the collaboration of Barcelona was recognised in the rehabilitation of the neighbourhood of Mojmilo (the Olympic village of the 1984 Olympic Games), the reconstruction of the Olympic installations of Zetra and the leadership in the activities of the Embassy of Local Democracy of Sarajevo.

In January 1998, Barcelona and Sarajevo reached a new agreement to continue with the rehabilitation of Mojmilo and of Zetra, to organise and promote cultural, sports and economic activities in Sarajevo, to work on the integration of youths with the boosting of the Nesto Vise network, and to promote the business cooperation and the creation of jobs in Sarajevo.

Finally, in 2000, both cities signed the twinning protocol.

Barcelona and its population has either acted alone or with the political or economic support of the European institutions (European Union and Council of Europe), so that Sarajevo and the Balkans could overcome the scars of war.  Along these lines, Barcelona has led or participated in the following projects: integral reconstruction of the Olympic Village of Mojmilo; rehabilitation of the Olympic pavilion of Zetra; reconstruction of houses in Kasatici; reconstruction of the school of Gora; Embassy of Local Democracy (promoted by the Council of Europe); project for the reactivation of the economic fabric of Bosnia and Herzegovina (SERDA), following the model of Barcelona Activa and projects of support for women, youths and adolescents who were victims of domestic violence.  Also various technical visits have been organised to assess and advise on topics of municipal organisation, in areas of protocol, communication or international relations. 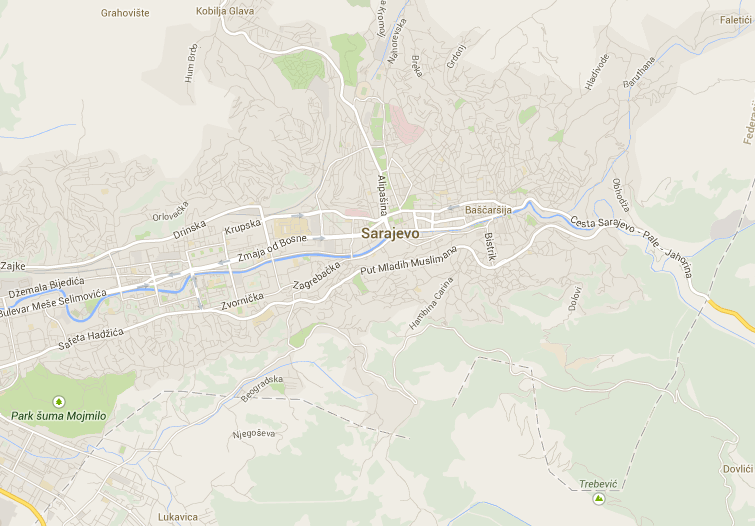