This year, Barcelona is celebrating the 150th anniversary of the Festa Major de La Mercè, linked to the city’s patron saint. Municipal worship of the Virgin of Mercy has been official since 1687, when she was declared the religious patron of the Catalan capital. This decision was made by the Consell de Cent government, following the expulsion of a plague of locusts from the city. It was not until almost two centuries later, in 1868, that the Vatican declared her the patron saint of the Diocese of Barcelona, just before the September Revolution, which took place that same year and marked the beginning of the Sexenni Democràtic, or Six Democratic Years, and culminated with the First Republic. A key figure in reinventing the La Mercè Festivities as the city’s annual festival was Francesc de Paula Rius i Taulet. When Francesc Soler was the mayor, in 1871, Councillor Rius i Taulet was in charge of organising the city’s festivals and became the driving force behind the first major public celebration of Barcelona’s Festa Major. From 24 September to 1 October 1871, the residents of Barcelona enjoyed a never-before-seen schedule of festive activities: popular culture, with sardana dancing, giant festival characters, and human towers at Plaça de Sant Jaume; horse and velocipede racing, in a temporary stadium built in La Ciutadella Park; sailing and swimming competitions in the port; and fireworks displays. Meanwhile, the new University of Barcelona building hosted an exhibition representing all the Catalan provinces. These are just some of the activities held to mark that first ‘Festa Major de Barcelona’, organised by the City Council.

Later, Rius i Taulet became the famous mayor of Barcelona who led the urban policy of expanding the city, coinciding with the irreversible spread of the Eixample neighbourhood and the celebration of the Universal Exposition in 1888. Following the triumph of the Catalanist and Republican parties in the municipal elections of 1901, in 1902, the new City Council organised the first huge La Mercè celebration of the twentieth century. This continued during the following years, though somewhat irregularly. The tension between the popular, festive nature of the celebration and its religious, conservative counterpoint was constant through much of the last century, as a result of the local political situation and the Spanish historical context.

Over the course of a century and a half its history, wars and epidemics interrupted the official events of the La Mercè Festivities in 1873-1876, 1884-1885, 1936-1938 and 1971. Since the democratic City Council was re-established, La Mercè has never been cancelled. Quite the contrary: following the terrorist attacks of August 2017, La Mercè was defended as a meeting point. In her opening speech, philosopher Marina Garcés stated the following:

This year, we remembered the pain of the Hipercor bombing 30 years ago, as though it were a long time ago. But even recently, global violence has taken hold of Barcelona. During these La Mercè Festivities, we will all carry an equally painful absence within us: that of the people who will never come back to Barcelona or its annual festival, not because they don’t want to, but because they lost their lives on 17 August on La Ramba, on Avinguda Diagonal and on the Cambrils promenade.

For all of them and for everyone marked forever by their deaths, and for everyone who dies at the hands of violence every day beyond our damned borders, let’s make this La Mercè a chance to meet with the city, with its streets and squares, and to meet each other again. Looking each other in the eyes, not just to be moved, but to break the indifference that usually divides us and the hostility we increasingly face.

On the subject of the La Mercè Festivities, ethnologist and museologist Josep Fornés also had the following to say:

The city’s festival mirrors the social life of its residents. It is an often cathartic expression of its society’s passions and utopias, and it reflects its virtues and shame. It is often a symbolic representation of its hopes for the future as well, and a cyclical reunion with its intangible heritage. This is why we can see the festival as a mirror of the city. A mirror that blurs or retouches its social reality, while also allowing us to see beyond it, as though we could enter the collective unconscious.

One perspective is not enough for a city. It needs a kaleidoscopic view, multiple observations for the complexity it contains to be understood. We observe the city when we observe its festival. The symbolic dimension of the festival has often been a conservative element, but it also marks change. By inventing its festival, the city invents itself.

News article: ‘A history of the La Mercè Festivities in pictures’, AHCB:

News article :‘ Posters: an art with a long history’, AHCB: 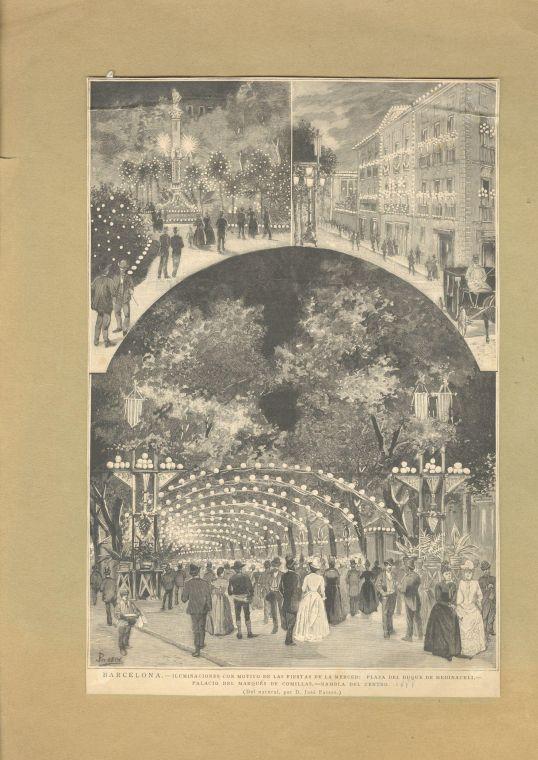 Poster for the La Mercè Festivities, 1871 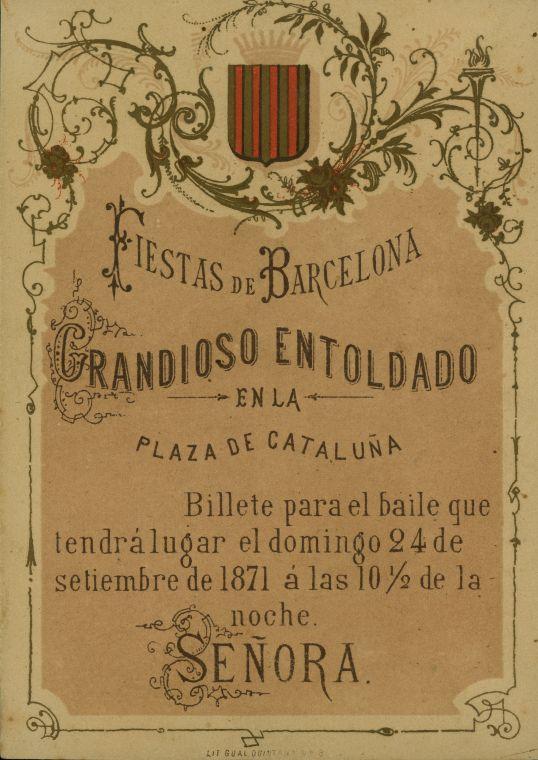 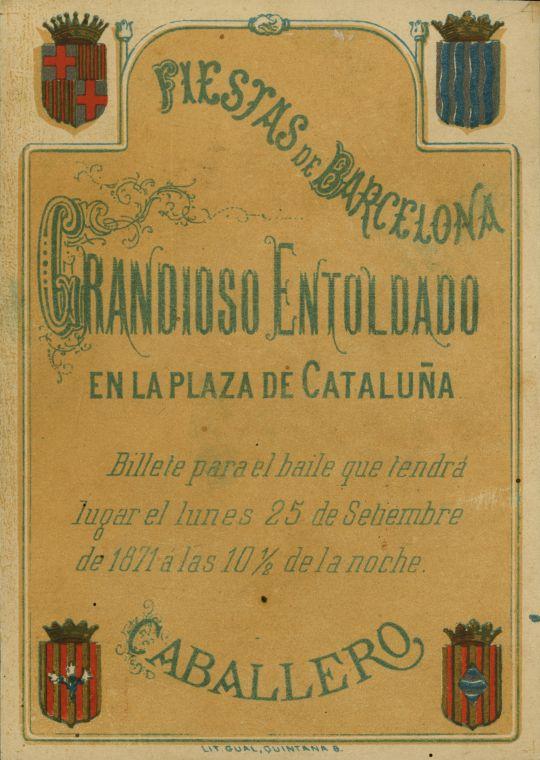