In June 2016, Barcelona City Council presented the Strategy against the feminization of poverty and precariousness in Barcelona, during the second plenary session of the Council against the Feminization of Poverty. The strategy sets 71 action plans with the aim of tackling from different dimensions the inequalities suffered by women, and the consequently higher vulnerability and risk of poverty suffered by them.

The strategy scopes an eight-year timeline, time enough to launch new measures that contribute to reduce female poverty and insecurity situations on a mid and long-term scale in the city. The action plans are intended to work on the root causes of the feminization of poverty and precariousness, influencing structural aspects such as discrimination in the labour market, inequalities in the distribution of care tasks and domestic work, access to housing or healthcare, acknowledging at the same time intervention limitations on a local level while willing to challenge global realities which are clearly unfair.

There are strong structural factors that drive women to situations of inequality in terms of poverty. Lower occupational rates, higher unemployment rates, a greater number of temporary contracts and part-time jobs and significantly lower wages contribute to make women’s attachment to the labour market more insecure than men’s and, at the same time, social protection through social insurance contributions becomes weaker for female workers than male workers.

Old women must face, thus, low pensions, loneliness (77% of the elderly living alone are women) and dependency situations, caused by the failure of a social protection system based on contributions generated by paid work. A capitalist and patriarchal conception of work that ignores non-monetary tasks and converts the people who have worked throughout their lives in care and caring provision into individuals forgotten by the social insurance system and by protection devices for old people. The low value given by the market to traditionally female tasks contributes, as well, to making women’s tax contributions lower and, accordingly, their social protection becomes weaker than men’s.

Within the family ambit, women suffer a higher risk of poverty than men when they separate or when they are in charge of a household on their own. That’s the reason why the households with the highest risk of poverty in the city are single-parent homes. The fact that these homes lag behind in terms of attention policies to families and childcare converts having a child into a serious poverty risk factor.

If we observe the poverty phenomenon from a multidimensional perspective and from a combination of gender inequalities with other inequality factors such as age or nationality, we can see how that female poverty is reflected in migrant women, old women or women heading single-parent households.

We want to devote issue number 21 of the Barcelona Society Journal to the different approaches of the feminization of poverty based on academic rigour and research, in order to explore these vulnerabilities further and encourage discussion to help to steer the design of public policies tackling inequalities. Poverty and social inclusion are not preordained to exist in any society, and neither are inequality or social disengagement. On the contrary: poverty and social exclusion must be tackled using values, social action, institutional practices and public policies. We want to work from that point. We want to be a city that provides citizens with the best life standards, that helps develop personal and social projects. A city that works hard on cohesion and is committed to fighting against all kinds of exclusion, inequalities, poverty or discrimination.

The crisis seems to have produced a convergence between the poverty rates of men and women. In Catalonia, the AROPE indicator (at risk of poverty and exclusion), that registers individuals living in households affected by economic poverty, low salaried work intensity or material deprivation, is still higher for women than men. The differences reduced progressively from 4.8 points in 2009 to 0.6 in 2015. What’s the point, then, of discussing the feminization of poverty? And, beyond the publication of this issue of Barcelona Society, why launch a strategy against the feminization of poverty in the city

Crisis, austerity and poverty from a gender perspective

Over the past few years, the vast majority of the population have seen their quality of life reduced. The impact of the financial crisis and the downsizing measures still haven’t been evaluated. Within that context, the poverty phenomenon has risen, adopted new forms and become more complex. This article presents an analysis of the concepts of poverty and feminization of poverty, while addressing the evolution of the population’s deprivation and the co-related gender inequalities, as well as the impact of gender on the austerity measures.

Feminization of poverty and the labour market

Within the framework of the economic crisis, many testimonies have highlighted the emergence of the feminization of poverty. The crisis is triggering an impoverishment of the most vulnerable population and women –particularly the working class, migrants or dependents– have been especially affected. In brief, women and men suffer in different ways both the impacts of the economic downturn and the subsequent austerity measures. Despite that, if we paid attention to some indicators such as the evolution of the at-risk-of-poverty rate, this phenomenon of the feminization of poverty linked to the economic crisis wouldn’t seem so evident. A long-term in-depth analysis is needed in order to evaluate what we acknowledge as poverty and how we define this feminization of poverty.

Wage is the principle source of income for workers and the main influence on their spending capacity. The average wage statistics of the employed population living in Barcelona in 2014, obtained from the Continuous Working Life Sample (Spanish initials, MCVL)1 allows for information on the wage differences between men and women in the city to be compiled for the first time. In 2014, the annual average wage for women was 25.1% lower than men's. This difference, called the gender wage gap, was widespread: women earned less than their counterparts in all age groups, on all educational levels, nationalities and professional groups, in almost all of the sectors and with all types of contracts and number of working hours.

Public policies, crisis and the elderly: feminization of poverty and aging

This paper analyses the current, ongoing impoverishment itineraries of elderly people. It states that feminization of poverty is a reality among old people, and in turn sets out the thesis that we are now facing what we call feminization of aging conditions, since some traits traditionally attached to women’s aging –such as precariousness and uncertainty– are becoming widespread among old people. With the aim of delving deeper into this thesis, the relationship between their personal trajectories from a gendered perspective and their life cycle is assessed, as well as the evolution of the political frameworks that have contributed to these trajectories and some of the political responses to the financial crisis that started ten years ago.

The hidden gender aspect on statistics about poverty

The study presents an analysis of the main poverty results for men and women in Catalonia. In the first place, it can be seen that women’s poverty rates are higher than men’s, even if these rates aren't comparable with the inequality levels in other indicators, such as labour market access or social protection.
It must be pointed out that official poverty statistics completely ignore the gender issue, as they reduce the living conditions of the household members to a single measurement: joint household income. Finally, we present the results, of men and women, obtained with an alternative methodological proposal based not on joint household income, but on individual earnings. This alternative approach points out the economic dependence of women in Catalonia: almost half of women dispose of an individual income lower than the poverty threshold.

Even though extreme forms of homelessness are still considered to be a mainly male problem, the number of women suffering from housing exclusion continues to rise. This article focuses on the features of female homelessness and explores why these remain hidden. The consequences of that lack of detection are also tackled, as well as the knowledge gaps in the designing of strategic plans and policies targeted to the most extreme forms of homelessness. These public policies usually overlook the specific needs of homeless women.

This article seeks to discuss the conceptual framework of social exclusion by reviewing social inclusion plans at different government levels and assessing the introduction of a gender perspective in these discussions and policies. As a starting point, several current perspectives around the concept of exclusion will be addressed, suggesting new models of inclusion policies. Secondly, the main inclusion plans will be described, as means of action against poverty and social exclusion, from European Union to a local scale, highlighting some important experiences in terms of gender in places such as Alt Empordà and Barcelona. Finally, an inclusive and feminist agenda, supported by the local authorities, will be suggested.

The gender-based analysis of poverty points, beyond the financial resources available, to dimensions like the lack of time, work overload or state of health as factors influencing on how women suffer from poverty and deprivation. This article presents, firstly, the comprehensive action program launched by Barcelona City Council in the fight against poverty and deprivation from a gender perspective: the Strategy against the feminization of poverty and deprivation 2016-2024. The core interventions are addressed, and some of the actions developed during the first months of execution are outlined, as well as the priority actions for 2017. The article describes the strategies already implemented in order to disseminate the Strategy across the different areas of the city; a geographical dissemination that is crucial and which requires further engagement from districts, departments, local governments and association networks in the city.

Sindillar and Las Kellys: From job insecurity to self-organization

Experiences such as Sindillar and Las Kellys highlight the invisible reality of domestic workers and chambermaids. These two associations reveal the need to find vindication mechanisms to organize two of the most socially excluded sectors aside from the mainstream trade unions and political parties. They are certain about their vindications and have become good examples of the work and feminist struggle in the Spanish State.
Chambermaids and domestic workers organize themselves outside the large trade unions to raise their voice

The aim of this chapter is to offer a conceptual framework for understanding intimate partner violence (IPV) and its impact on health based on a structural context that determines gender norms and hierarchies, as well as the intersection between various types of inequalities. Preventing IPV demands intersectoral work, where having a conceptual framework shared by all the sectors involved is the first step to having a clear picture of the mechanisms through which primary prevention interventions can be successful. 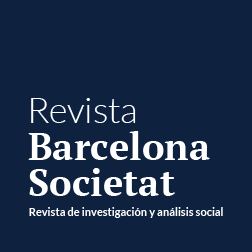 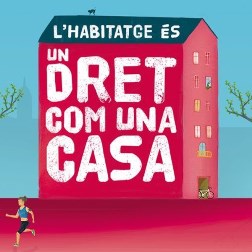 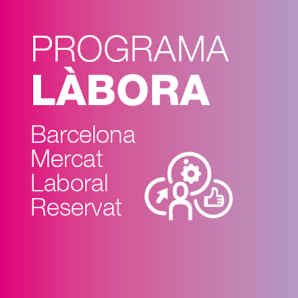 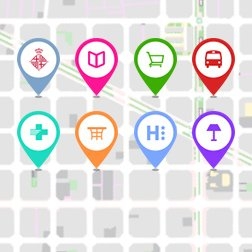 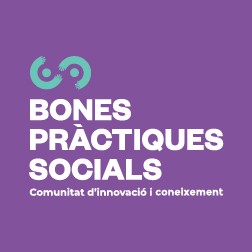