Skip to main content
The politics of meaning: disputes of the image and language

The politics of meaning: disputes of the image and language

The relationship between images and words is not, according to Jacques Rancière, one of dependency, opposition or substitution. Instead, it is a relationship of heteronymy because both images and words evoke and convoke a dispositif in which the visible and the sayable become entangled. Taking as our starting point this view of the ways in which the image and the word relate to each other and produce meaning, we propose to question principally the current consensus regarding the inundation of images and the place of the discourses that accompany this ‘flood’ of images; and in addressing the meaning of images and words, as well as their relationship, we will be drawing attention to the politics and the police that articulate everything we see and say.

In response to the various discourses of critical knowledge on existing images, Jacques Rancière ponders on a series of questions regarding the operations of images, their modes of presence, their uses and functions in art and contemporary criticism. His reflections shift the question on what images are towards the modes of making images, the procedures whereby they can give rise to a certain understanding. His purpose is not to arrive at a definition that says what pertains to images; rather, his emphasis is on the fact that images are principally a work, the forging of a connection, a process of articulation. It is not a question of establishing a kind of harmony between the discourse and the images, but of preparing a space—a fragile architecture—where the poetic word and the plastic form can weave their exchanges.

Session 2
The dispute of words: art and philosophy
Saturday 7 April, 11.00 am, Espai 4
11.00 am – Introduction by Xavier Bassas
11.30 am – Talk-debate, with Jacques Rancière
Debate in French and Spanish (with simultaneous translation)
Live streaming

The aim of this first part of the seminar is, therefore, to take Rancière’s thinking as the basis for considering the various types of relationships that exist between images and words, in particular in art and philosophy, beginning with a bold analysis of Rancière’s own writings.

Jacques Rancière (Algiers, 1940) is Professor Emeritus at the University of Paris VIII. Following research into the working-class movement around 1830, he has formulated a body of thinking based on the notion of equality and emancipation that is paving the way for new perspectives in philosophy, politics, teaching, literature and the arts. International recognition of his works has made his thinking essential.

Andrea Soto Calderón (Valparaíso, 1980) holds a PhD in Philosophy and is currently researching the relationship between the image and fiction at the University of Paris VIII. She currently teaches aesthetics and the theory of art. Her research focuses on the transformations of the aesthetic experience in contemporary culture, artistic enquiry, the study of the image and the media, as well as the relationship between aesthetics and politics.

Xavier Bassas (Barcelona, 1978) is a philosopher, editor and translator. He holds a PhD in the French Language and Philosophy, awarded by the Sorbonne and the University of Barcelona, and currently teaches in the Department of French Studies at the University of Barcelona. His special interest is analysing the thinking and writing of Jean-Luc Marion, Jacques Derrida and Rancière. He has written a number of texts on these authors and has translated many of their books. 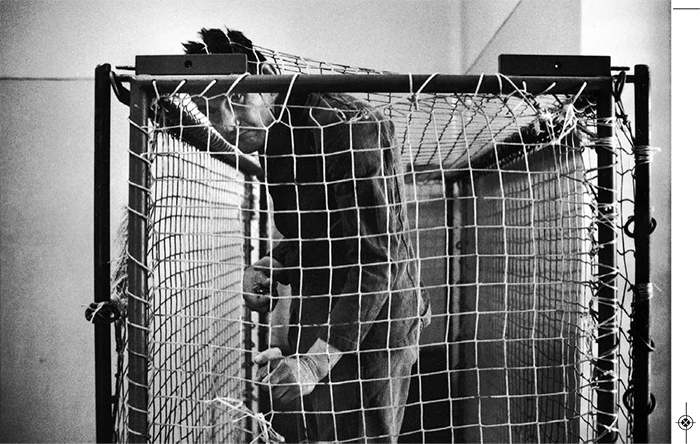 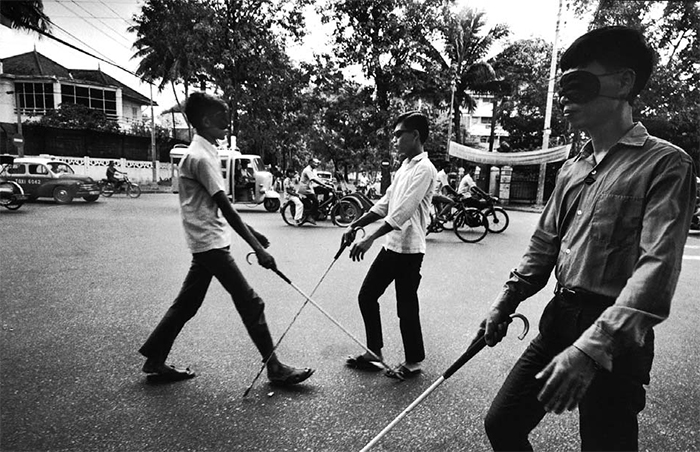 Resources
The politics of meaning: disputes of the image and language (2) - Spanish version

Jacques Rancière and Xavier Bassas
Resources
The politics of meaning: disputes of the image and language (2) - Original version

Jacques Rancière and Xavier Bassas
Resources
The politics of meaning: disputes of the image and language (1) - Spanish version

Jacques Rancière i Andrea Soto Calderón
Resources
The politics of meaning: disputes of the image and language (1) - Original version