When Susan Sontag published the first of this series of essays in 1973, her view of photography was ground-breaking. Her initial intention to address a number of aesthetic and moral issues presented by the ubiquity of images gradually developed into a wide-ranging and incisive theory on the meaning, function, use, technique and history of photography, as well as its connection with other art forms and its political impact.

Sontag was convinced that photographs teach us a visual code, one that has a clear ethical dimension. She bequeathed us essays which, read today, more than 40 years after they were written, give us profound insights into the true significance of the image in contemporary culture and society.

Susan Sontag was born in New York in 1933. Following the publication of her first novel, The Benefactor, she gained international acclaim for her collection of essays Against Interpretation, which contains her thinking on literature, film, theatre and psychoanalysis, among other manifestations of culture. Later works include her celebrated Styles of Radical Will, Under the Sign of Saturn and Where the Stress Falls, as well as a book of short stories, a number of plays and films, and three novels, among them The Volcano Lover and In America, for which she received the National Book Award in 2000.

Susan Sontag died in 2004 of cancer, having suffered from the disease previously in 1975 and 1998, which prompted her to write two seminal books of cultural history on illness: Illness as Metaphor and AIDS and its Metaphors. She was a woman with a keen intellectual curiosity and had a wide range of cultural and social interests. Her political commitment and activism led her to travel to Sarajevo to support the city when it was besieged during the Bosnian War.

Sontag’s passion for the image, both photographic and cinematographic, runs throughout her entire oeuvre and is to be found particularly in On Photography and the last book published in her own lifetime, Regarding the Pain of Others. Three subsequent publications, At the Same Time and two of her three proposed journals, Reborn (1947-1963) and As Consciousness Is Harnessed to Flesh (1964-1980), were issued posthumously. 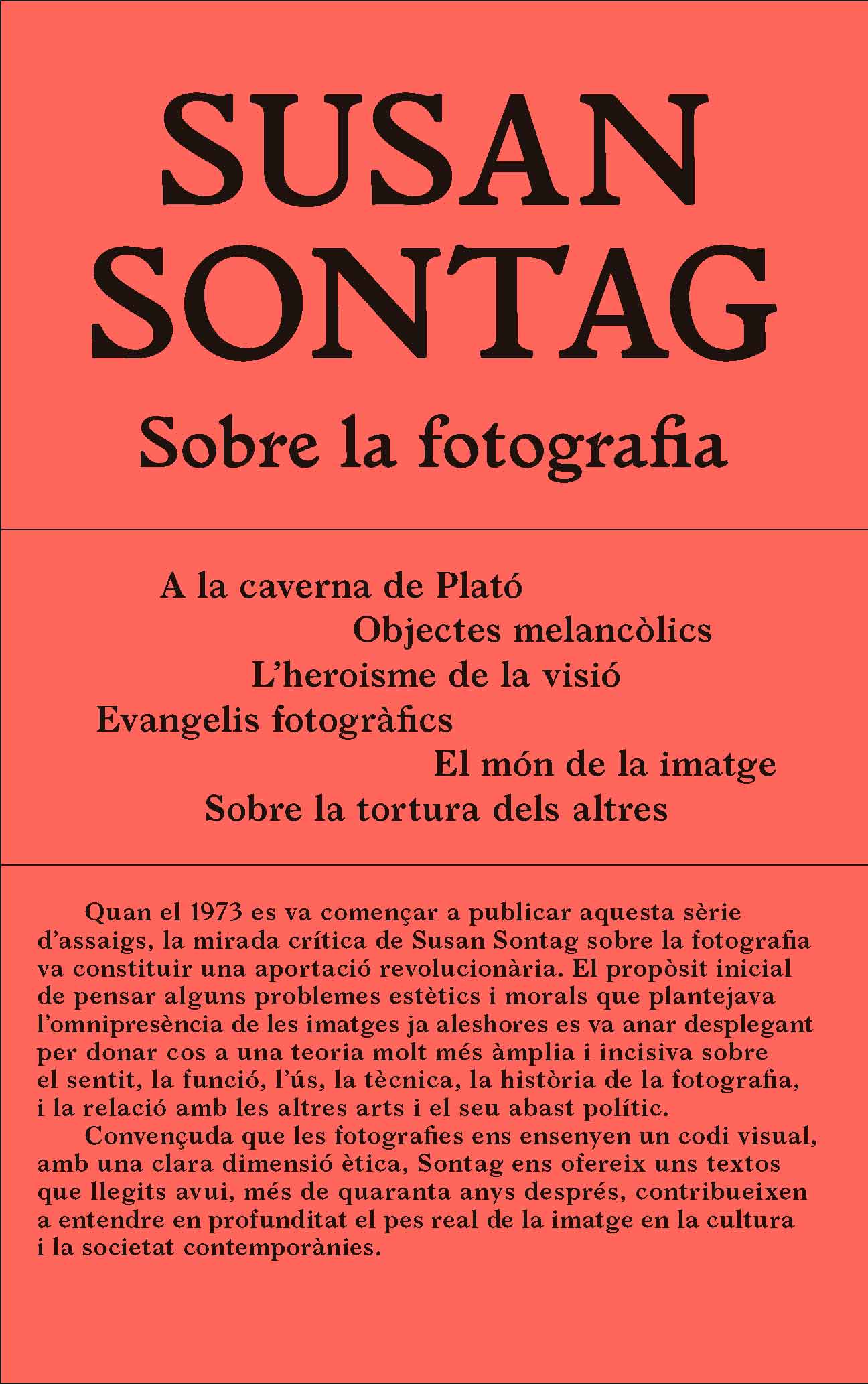