An initial assessment of Sant Jordi [St George's Day] concludes that book and roles sales in Barcelona were up on the previous year.

Over 4,000 rose stalls and nearly 900 book stalls took over Barcelona's streets throughout Sant Jordi's Day where there were long queues of people waiting for several best-seller authors to sign copies of their books. Barcelona's book sellers noted a 5% increase in sales compared to last year. As for flowers, over 6 million roses were sold throughout Catalonia, representing a 7% increase on the previous year.

Meanwhile the Catalan Book Sellers Guild has confirmed that overall number of sales throughout Catalan territory was close to the one in 2014, when 1.5 million books were sold with a turnover of 19.2 million euros.

Sant Jordi is a priority day for the books sector, as it represents somewhere between 5% and 8% of the annual turnover. Note that one out of every three books sold in Catalonia is bought during this festival.

Four trends were detected in commercial book activities for this year's Sant Jordi:  purchases of more than one book per person; more standard editions purchased than pocket editions; diversification of titles sold and, finally, a steady increase in sales of literature in Catalan, so establishing the trend in reading more and more in this language.

The festival also enjoyed good weather and went on up well into the evening, which encouraged people all the more to experience.

Sant Jordi out in the street. The fact that it took place on a working day also helped to ensure large numbers of book buyers during the late afternoon. It was the central area in Barcelona and its metropolitan area that saw the most visitors on its streets, such as Plaça Catalunya, Rambla Catalunya, Passeig de Gràcia and Les Rambles. 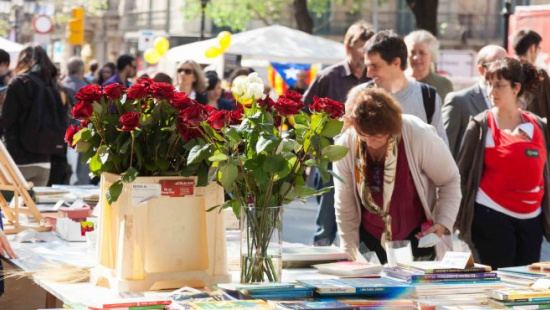 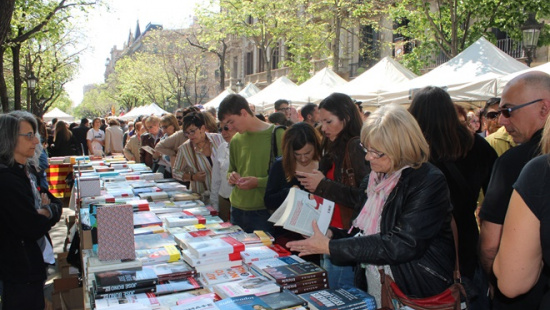 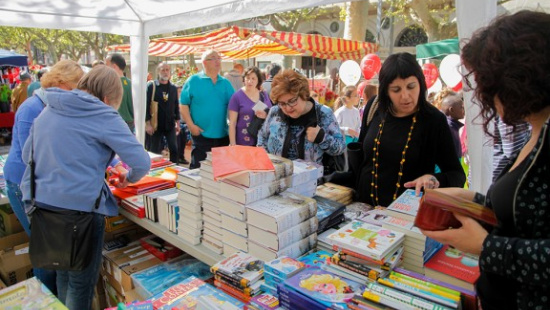