The Protection and Support Plan for Emblematic Establishments, presented by Barcelona City Council in February 2014 aims to recognise the importance of these unique shops and to collaborate in preserving and promoting them.

In the first phase, as an emergency measure, three actions have been carried out: A list of unique, emblematic establishments was created, licences for carrying out activities and building work in these premises were suspended, in order to avoid changes or modifications that would dismantle or detract from these places; a comprehensive care service was set up at the same time, to deal with each case individually and any difficulties concerning the business's viability.

It is intended to prevent the disappearance of the city's historical premises, whether for private reasons, want of business successors or the inviability of the business; the end of the Act on Urban Leases (LAU), which annuls old rents; and pressure from the property-market .

A committee has been tasked with implementing this plan, which includes incentives for the establishments' conservation and maintenance, through the Institute for Urban Landscape, as well as promotional initiatives for raising awareness among the city's residents and tourists of both the architecture and the specialist activities of these establishments.

At this site you can consult the Protection and Support Plan for Barcelona's Emblematic Establishments, as well as the heritage protection catalogue for emblematic establishments, which includes 228 establishments and discards 161, on which the licence suspensions decreed a year ago have been lifted. 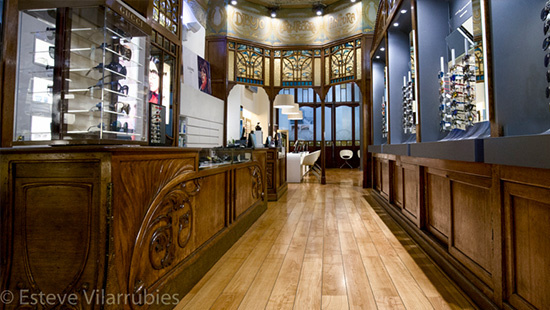