El Noticiero Universal appeared in Barcelona on 15 April 1888, a few days before the official opening of the Universal Exposition. It came out in the evening and rapidly became popular with Barcelona's citizens, who dubbed it El Ciero. It featured the latest news and numerous chronicles of civic life, as well as entertainment, bull-fighting and sports sections. The paper was informative and had no links with any political party, despite its conservative and populist character. It was a broadsheet, printed in four and six columns. Initially it had four pages but had increased to 84 by the 1960s. From the outset it included prints, with photographs coming later, and it was fully involved in the business of announcements and advertising.

During the 1910s and 1920s, El Ciero established itself as the favourite evening paper of Barcelona’s citizens. It reached the height of its popularity in the second half of the 1960s, when it adopted a more democratic stance with José María Hernández Pardos as editor. He was strongly critical of the city’s mayor, Porcioles, exposing speculative urban development and corruption at City Hall. However, in 1972, a new group close to the pro-Franco mayor succeeded in gaining business control of the paper, resulting in managerial changes and the gradual departure of the sub-editors.

“For 80 years the newspaper company was family-run, in terms of ownership as well as the sub-editors and the printshop staff. The Peris-Mencheta family and later the Sedó family, thanks to marriage, was its proprietor and editor from the birth of the paper to the 1970s. There was also continuity between fathers and sons as regards editors and printshop staff, as happened with the Hernández Pardos family: José María Hernández Pardos, the paper’s editor during the second half of the 1960s and his two sons, Joan and Josep Maria Hernández Pijuan. Likewise the Manegat family. The grandfather, Lluís G. Manegat, was the paper’s editor in the 1950s and half of the 1960s, followed by his son Juli and grandson, Lluís Ignasi, who worked there until it disappeared”, explained the ill-fated journalist Jordi Montaner Montejano (1950-2018) in his biography of the paper.

“El Noticiero Universal was two years short of reaching a century’s existence”, asserted Montaner. “El Ciero missed its centenary by two years. They were unable to adapt to the new times and new economic circumstances. Poor business management, a failure to adapt to the new technologies, bringing forward the time it came out – in the final years it was a morning paper – and an erroneous, ill-defined ideological line meant the paper never reached its centenary in 1988.” It finally folded on 31 October 1985.

The collections of the city's Historical Archive also include other documents linked with El Noticiero Universal, such as Christmas greetings from the paper’s distributor before and after the civil war, original drawings published in the paper’s pages by Enric Bonet Sintes and Enric Olivan Turrau, Oli, among others, as well as various letters addressed to the paper’s founder, Francesc Peris Mencheta, which are preserved in the Sedó family’s private archive at the AHCB.

Selection of pages from the paper with drawings from the “Estampas de la guerra” series, by Ricardo Marín, October 1936:

Illustrated supplement of the paper:

Copies from the El Noticiero Universal Library collection at the AHCB Library: 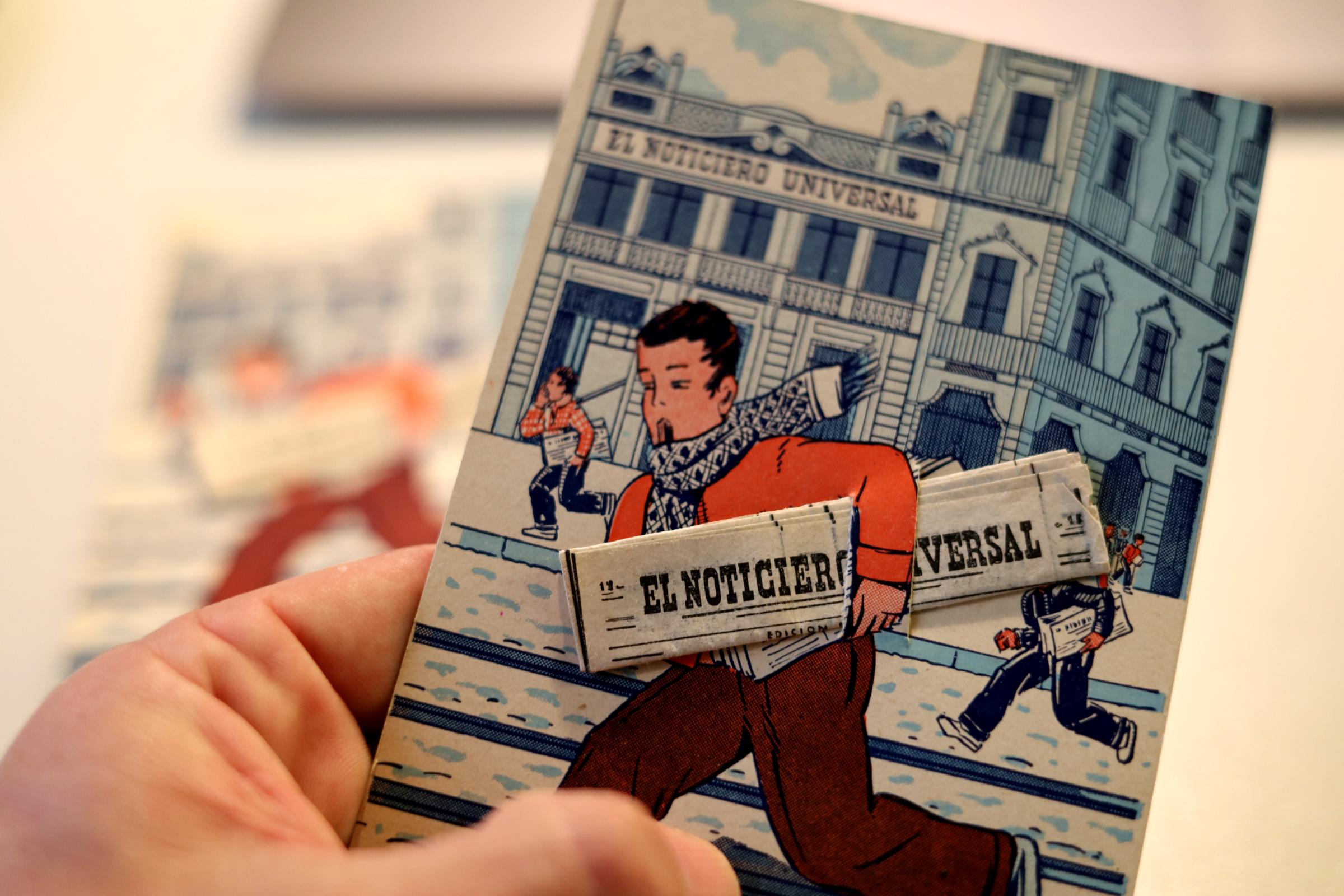 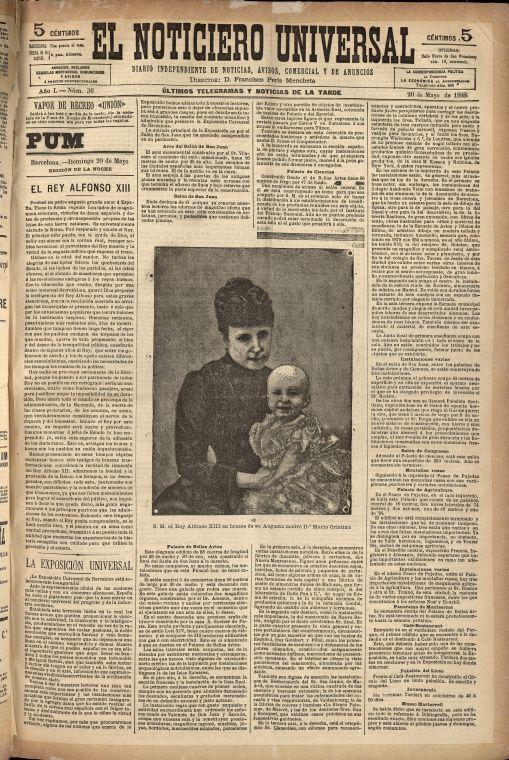 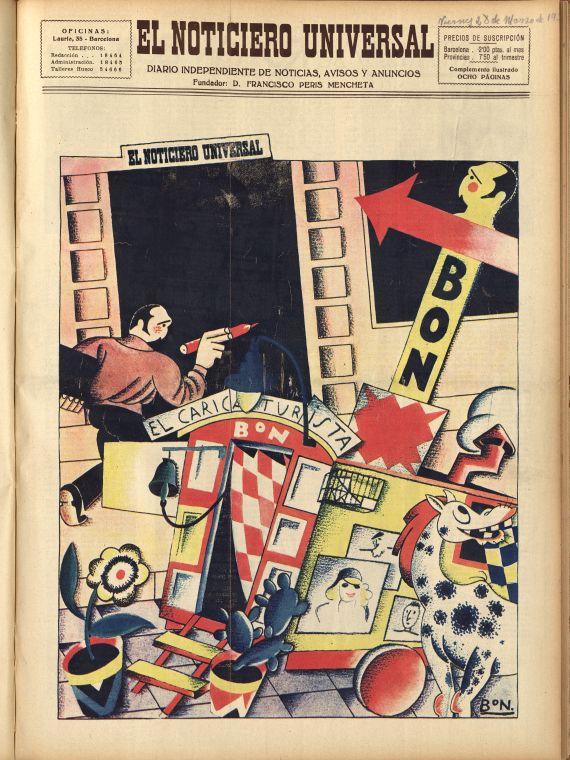 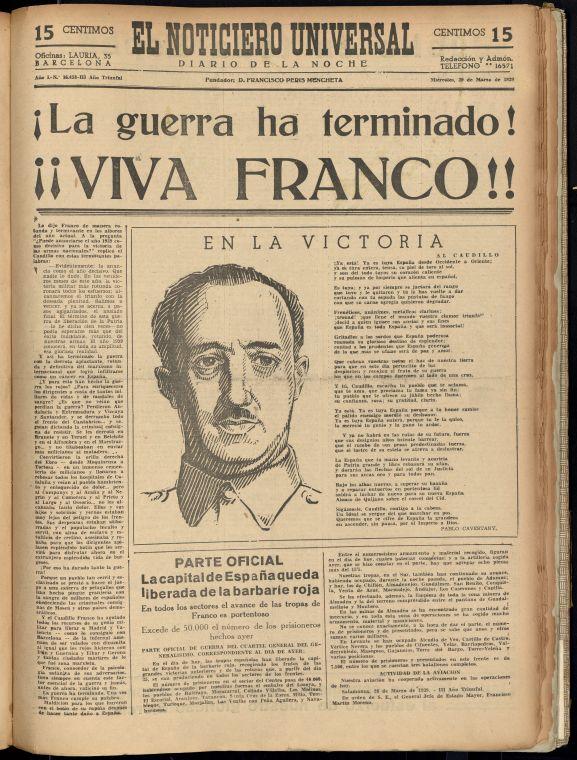 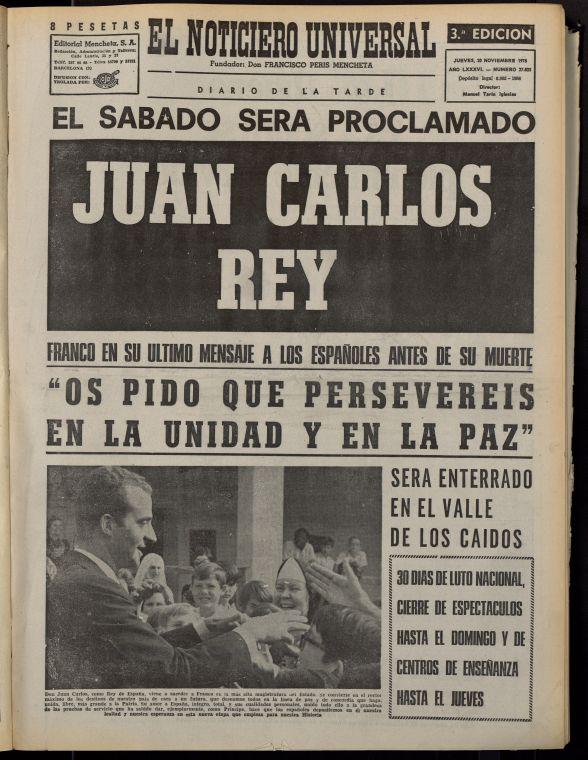