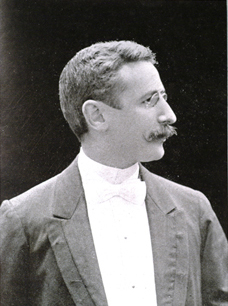 Francesc Carreras i Candi (Barcelona, 1862 – 1937) was a Catalan lawyer, historian, teacher and politician. During his long professional career he held a number of prestigious posts, including president of Joventut Conservadora (Young Conservatives, 1890), councillor of Barcelona City Council for the Lliga Regionalista (Regionalist League, 1891-22) and president of the Barcelona Academy of Fine Arts (1918-31; 1934-37).

At the age of 15 he began collecting stamps, a hobby he continued throughout his life, during which time he became a leading philatelist and specialist in postal history. His rigorous research, which took philately to the level of a science, led him to be considered the leading treatise writer on the subject of philately in the Iberian Peninsula.

Below we present Francesc Carreras i Candi’s collection of personal correspondence, comprised of postcards sent between 1851 and 1931, and which clearly evoke his cultured, multifaceted personality. Among his correspondence you will find postcards from all around the world and names of leading figures from that period, such as the composer Josep Rafael Carreras i Bulbena and the pharmacist Ramón Marqués y Matas.

Do the query of the digitized collection from here.